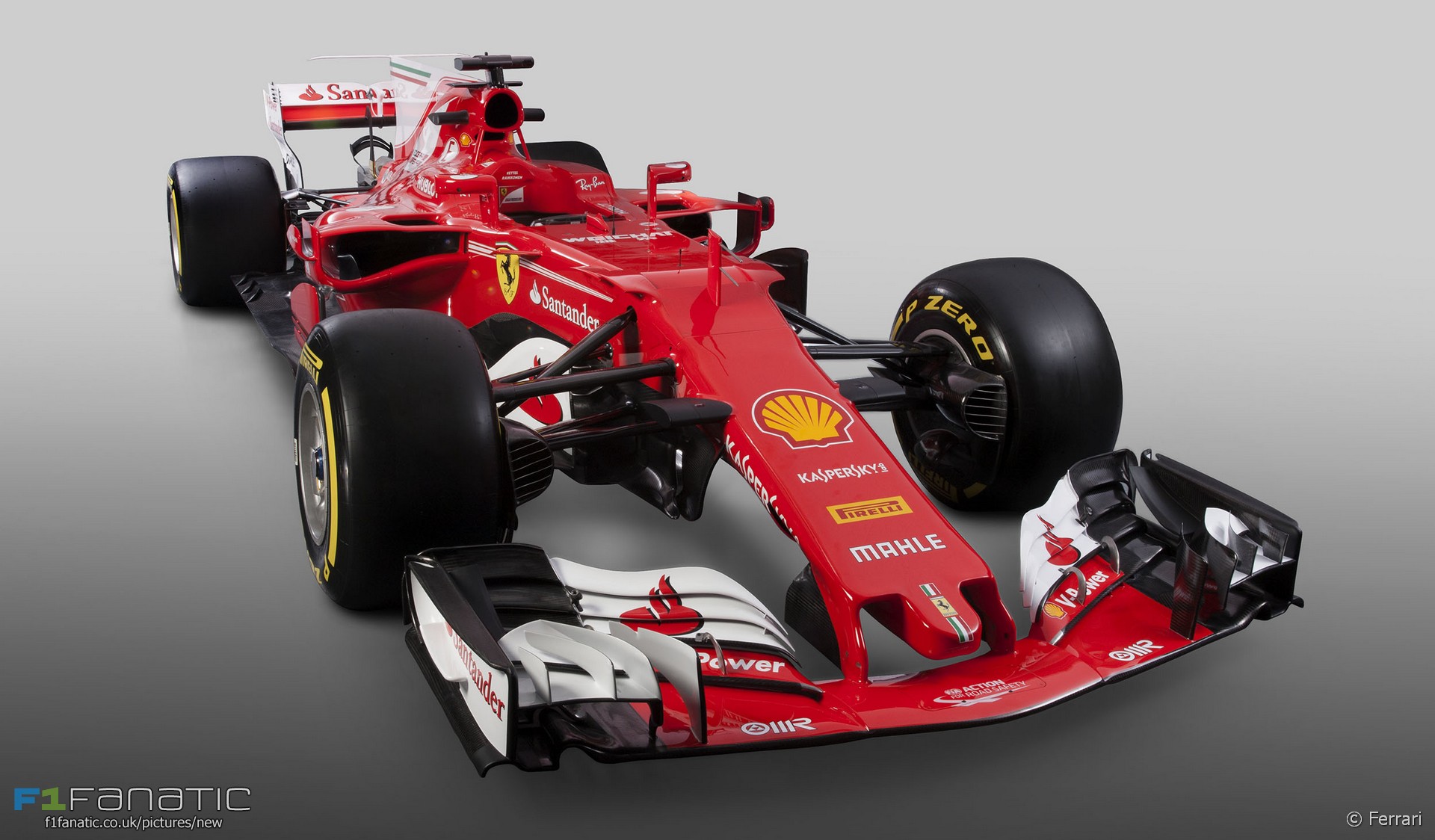 The first pictures of the new Ferrari SF70H for 2017 have been revealed.

Ferrari says it has “concentrated its efforts on finding the right compromise between downforce and aerodynamic resistance, or drag” with its new car.

Many of the changes on SF70H are a product of the new rules for 2017. The new design includes both a shark fin, which several other teams also have, and a mid wing similar to that run by Mercedes yesterday.

Shortly after its debut Ferrari gave the car its first run on the Fiorano test track.