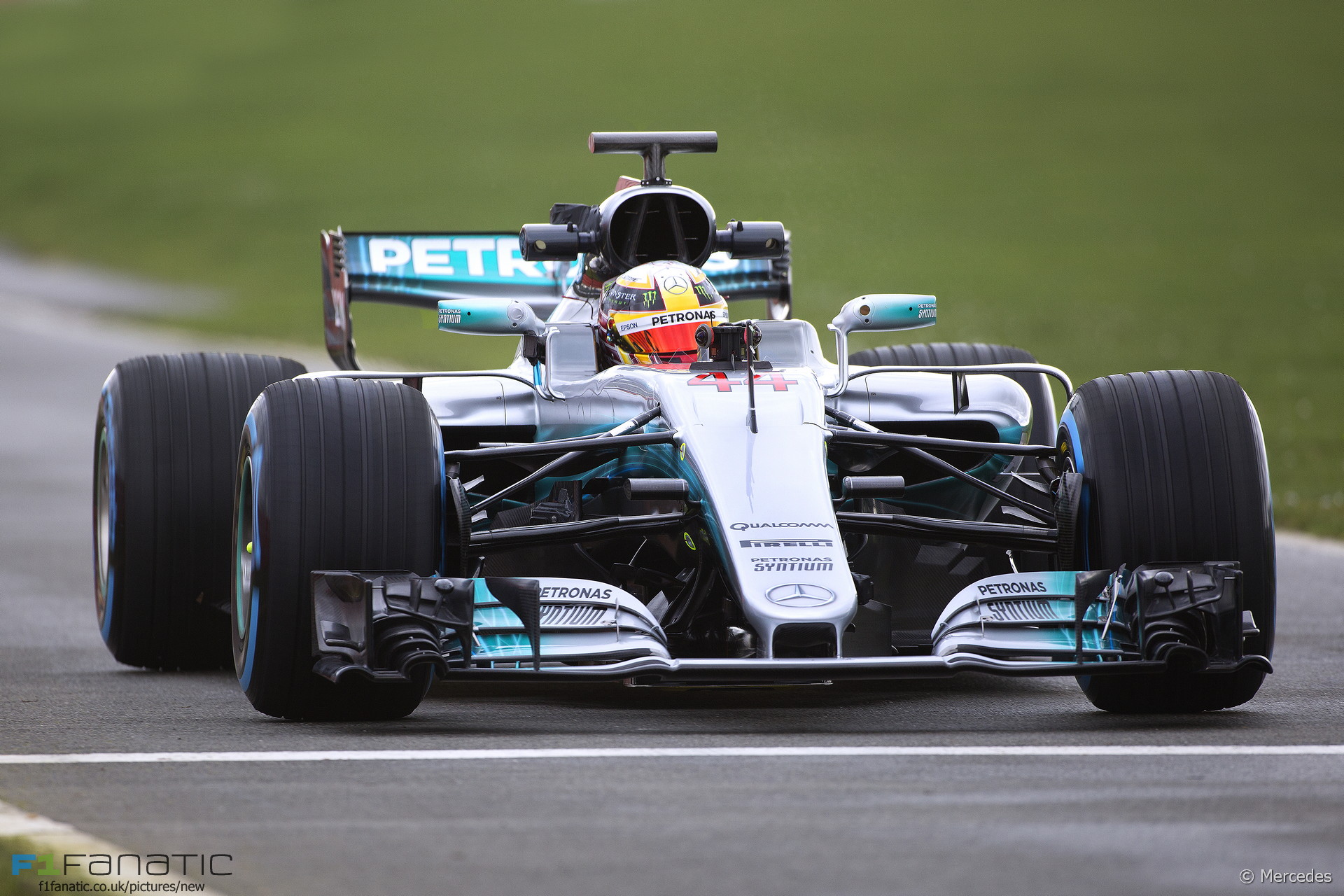 The first pictures of the new Mercedes W08 for 2017 have been revealed.

The new Mercedes has run for the first time today at Silverstone ahead of its formal launch later today.

“It felt incredible,” said Lewis Hamilton after driving the car for the first time. “Yesterday was the first time seeing the car come together, it’s the most detailed piece of machinery I’ve seen so far in Formula One.”

“The car feels almost identical to last year’s car in terms of the ergonomics,” said Hamilton after his shakedown run. “But you’ve just got this bigger, more powerful beast around you.”

“What I really like is how clean it looks but at the same time there’s a massive amount of detail in all of the areas,” said Bottas. “The rear end, around the bargeboards, the front wing, all these details, all the development that has been done, how far everything has been taken with this car.”

“It looks cool and I can’t wait to drive it.”

The car’s livery is slightly changed from last year as it incorporates Mercedes’ new EQ branding. “It’s a new brand from Mercedes-Benz which is going to be implemented in all plug-in hybrid cars on the road,” explained executive director Toto Wolff. “It stands for electric intelligence.”

Mercedes head into the 2017 season looking to extend their run of three consecutive constructors and drivers championship titles. However over the winter they have had to come to terms with the loss of reigning world champion Nico Rosberg and top technical chief Paddy Lowe.