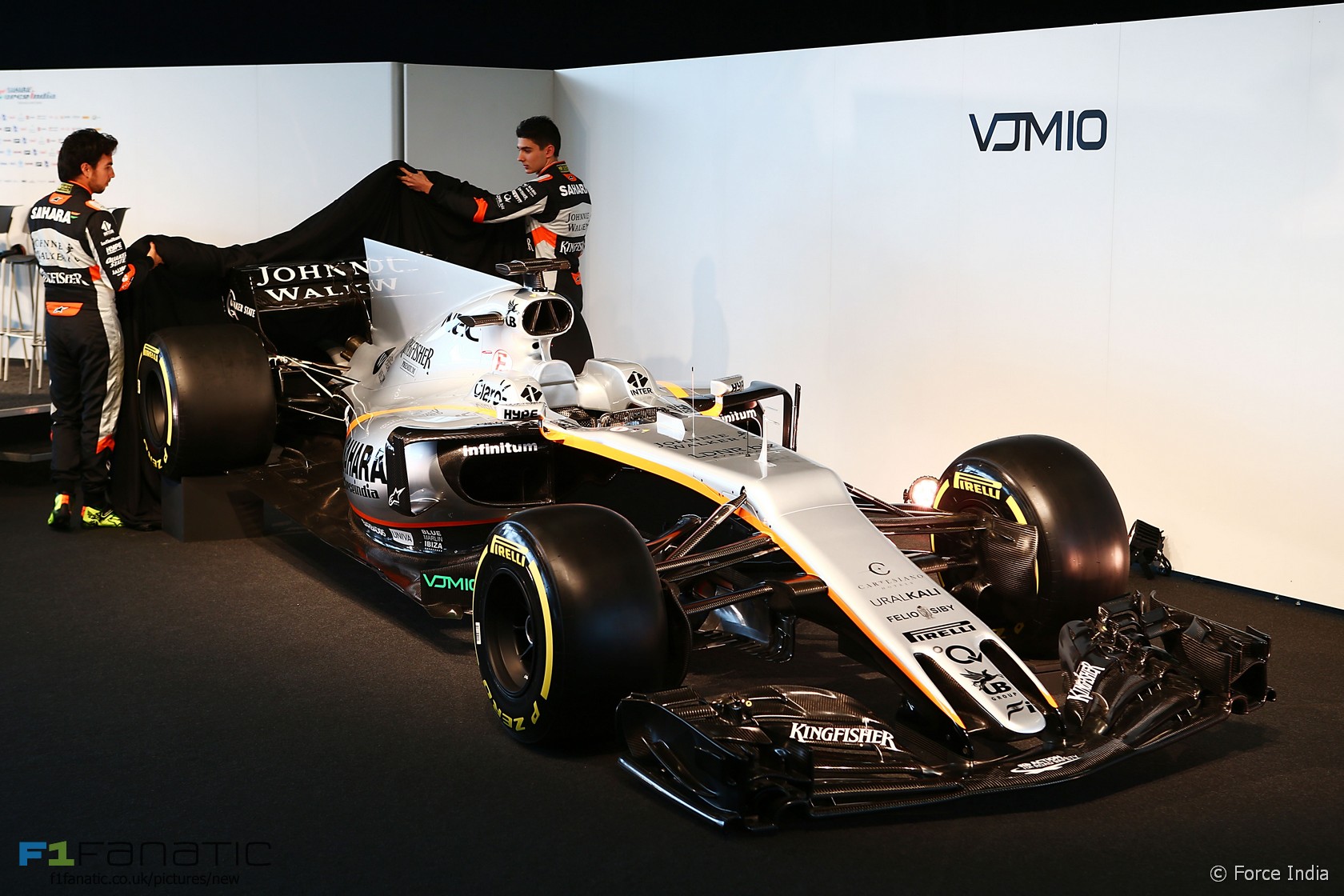 The first pictures of the new Force India VJM10 for 2017 have been revealed.

The team revealed their latest racer at Silverstone.

Force India heads into the 2017 season following their most successful campaign to date last season when they finished fourth overall.

Team co-owner Vijay Mallya would not be drawn on whether they will increase their tally of two podiums from last year. But he was quick to refute Renault team principal Cyril Abiteboul’s claim that non-manufacturer teams could find themselves out-gunned under F1’s new regulations.

“I read an article this morning that Cyril Abiteboul of Renault said that poor teams such as Force India were going to suffer in this arms race,” he said.

“Well, good luck to him. He might have to eat his words. It’s not the amount of arms you have, it’s the quality of your weaponry.”

“It took a bit of time to adjust at first, but we are there now and I am confident we know where to look and where the performance is coming from with this car.”

Green predicted a rapid rate in development under the new rules:

“The development slope is incredibly steep and we are going to see significant updates to the cars at regular intervals, right from the start. It’s going to be big updates and I don’t think development will start to taper off any time soon.”

The VJM10 has several striking differences between it and the cars launched so far. The tip of the nose is split and there is a discernible step where it meets the chassis.

207 comments on “Pictures: Force India reveal their 2017 car at Silverstone”