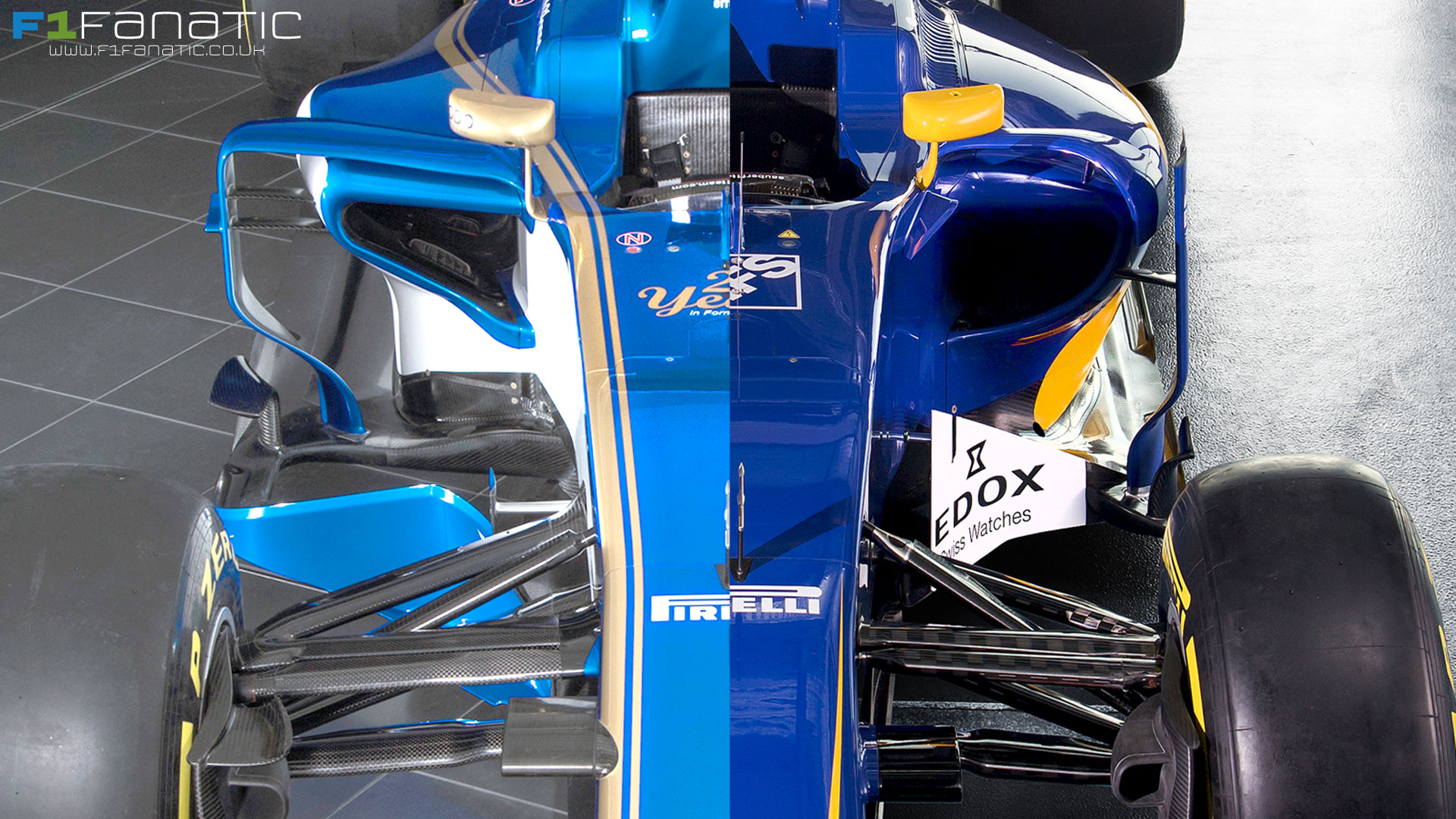 Sauber has become the second team to give us a look at a 2017 Formula One car – and the first to show one ‘in the flesh’.

How does their new racer compare to its predecessor? Take a closer look with these interactive images.

Use the slider below to transition between images of Sauber’s new 2017 C36 and last year’s C35. Note some images may have been altered for ease of comparison and should not be used as a reference for measurements.

Sauber describes its new car for 2017 as being more “muscular” than its predecessor. This is a result of rules permitting an increase in overall width (from 1,800mm to 2,000mm) and significantly wider tyres. Both are easy to appreciate from the images above.

The new car’s airbox treatment is one of its most striking features. The split intake recalls the style introduced by Mercedes at the 2010 Spanish Grand Prix, which Force India and Lotus adopted the following season.

The distinctive ‘thumb tip’ nose remains and there is no indication the team is pursuing the ‘S-duct’ concept. However the front wing is new and follows the ‘delta’ shape required by the new regulations.

With both front and rear wheels growing in size and weight, the C36’s suspension components are noticeably thicker than on last year’s car. The lower, wider rear wing with twisted supports is typical of what we can expect to see on other cars.

This image reveals just how much larger the bargeboards can be on the 2017 cars. Sauber’s design is a straightforward on to begin with, those as with all surface aerodynamic components they are likely to be upgraded in the near future.

The engine cover has sprouted a large ‘shark fin’ of the kind last seen in 2010. Sauber have left it unpainted in these publicity images. The angled rear wing is another intentional feature of the new rules.

Although the team is using a 2016-specification Ferrari power unit, Sauber says the rest of the C36’s parts are brand new with zero carry-over from last year’s design. Having a proven engine the back should allow them to hit the ground running in testing and the opening races.