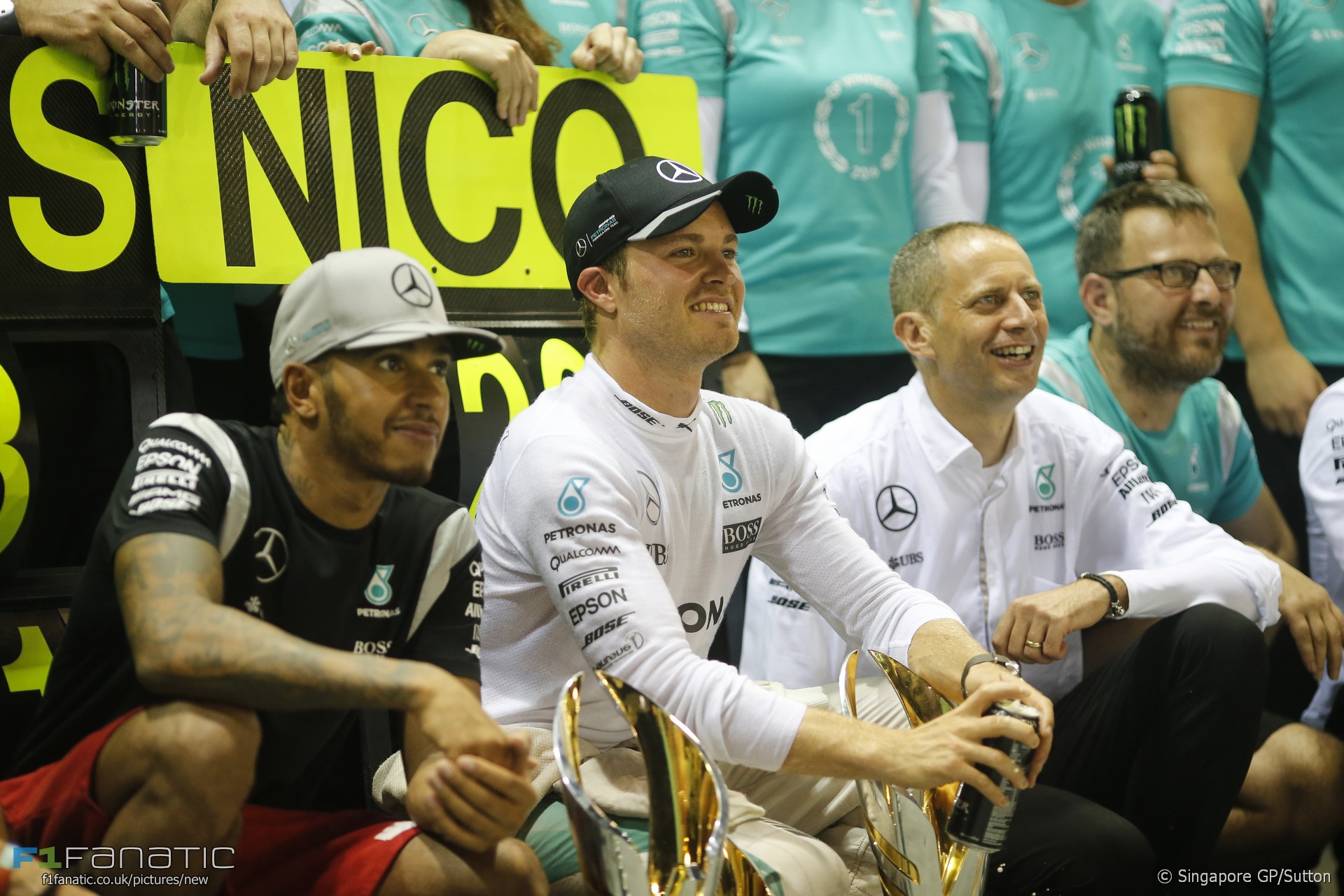 Last year Lewis Hamilton wrapped up the drivers’ championship with three rounds to go. But after last weekend’s race in Singapore not only does the title look increasingly likely to be decided at the final race, but Hamilton’s chances have taken a blow.

It would be easy to exaggerate how serious the situation has become for the defending champion. Nico Rosberg’s eight-point lead is dwarfed by the 150 points still available.

But the fact of the matter is having worked hard to overturn a significant early-season deficit to Rosberg, Hamilton has let it slip away.

He went into the summer break with a useful 19-point buffer. Even seeing Rosberg win the first race back in Belgium was no cause for alarm. Hamilton had solved his power unit problem by fitting a raft of new components and accepting the inevitable grid penalty, yet still come away with a podium finish.

His route to a fourth world championship crown now seemed clear. Yet events continue to conspire against him.

In Italy he took pole position but started poorly and Rosberg took the win. In Singapore he missed a chunk of Friday practice due to yet more technical problems and never really seemed to get a handle on his car after then. It’s been that kind of season so far for Hamilton.

Hamilton and Rosberg’s 2016 season so far

Whether the bigger source of Hamilton’s troubles this year has been himself or the car is a subject of much conjecture. Getting the Mercedes off the line well has been a problem for both drivers, notably Hamilton in Australia and Italy, and Rosberg in Germany.

What hit Hamilton hardest the spate of power unit problems early in the season which compromised his qualifying performances and ultimately led to a raft of penalties in Belgium too.

There’s nothing new about the kind of problems Hamilton’s been having. But what is different about this year compared to earlier seasons is he’s not been able to overcome them as successfully.

His poor start at Monza a few weeks ago brought to mind a similar scenario two years ago. On that occasion Hamilton chased down Rosberg, pressured him into two mistakes, and won. This time Rosberg made no such mistakes.

Nor was Hamilton’s Friday setback in Singapore especially out of the ordinary, yet in qualifying and the race he was outdone by Rosberg. This is potentially the most troubling development for Hamilton as we enter the final half-dozen races.

There was no such pressure for Hamilton 12 months ago. He left Singapore with a 41-point lead and, aided by Rosberg’s car breaking down in Russia, became champion three races later.

After that Hamilton “wished the season was over” and had a somewhat lacklustre final three races, all of which Rosberg won. His team mate was quick throughout the final few races: he led in Russia until his car failed and he was leading in the USA when he made the mistake which clinched the title for Hamilton.

Rosberg has never previously led the championship after Singapore: in 2014 he lost the lead with five races to go. Eight wins is by far his best tally so far in a season, and out of the last 18 starts he’s won 11.

This is the best form we’ve ever seen Rosberg in. And when it comes to fighting wheel-to-wheel, Spain and Austria left no one in doubt how uncompromising he can be.

In the six races left on the 2016 calendar Rosberg out-scored Hamilton by 126 points to 122 last year. Whether Rosberg has found a new level or his team mate has just been unlucky, Hamilton goes into the final races knowing he must perform at his best this time.

Is Rosberg finally going to beat Hamilton to the championship this year? Do you expect a stronger showing from Hamilton in the remaining races?

Have your say in the comments.