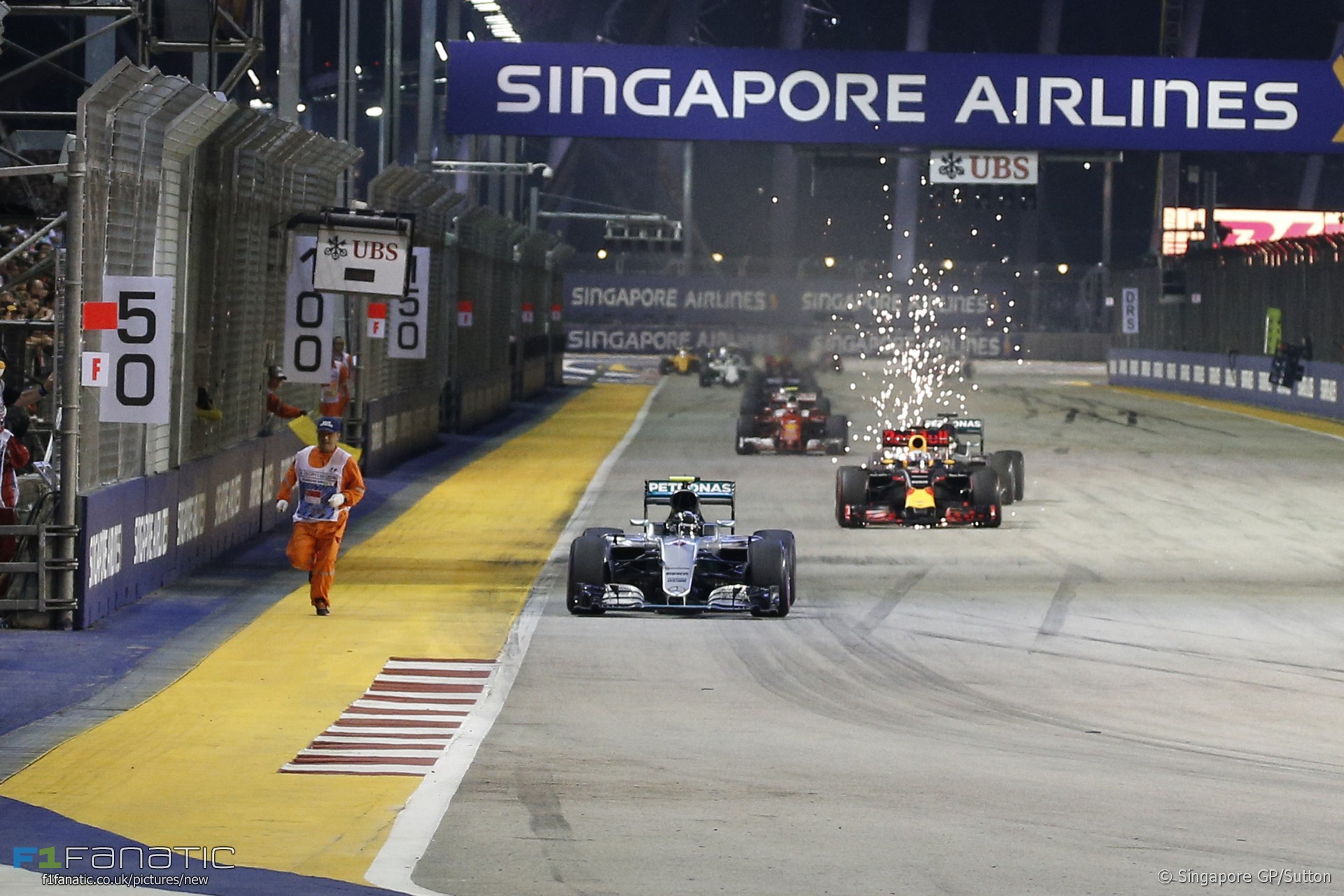 Nico Rosberg said his near-miss with a marshal early on in the Singapore Grand Prix was a “hairy” moment.

The incident occurred when the Safety Car was brought in at the end of lap two. Rosberg, who went on to win the race, indicated the sudden ending of the Safety Car period caught the field by surprise.

“That was pretty hairy, for sure, he said. “I think just as we didn’t expect the restart, he didn’t either, I think, because the restart was somehow pretty abrupt.”

“But he got out of the way just about in time so it was OK. Of course we all had to drive a bit carefully through there.”

The marshal was still running alongside the track to get back to safety when the field came past, led by Rosberg, at the beginning of lap three. Other marshals continued to wave yellow flags to warn the field he was was.

During last year’s Singapore Grand Prix a spectator wandered onto the track during the race, causing a Safety Car period.

Pictures: Near-miss with a marshal

21 comments on “Near-miss with marshal was “pretty hairy” – Rosberg”