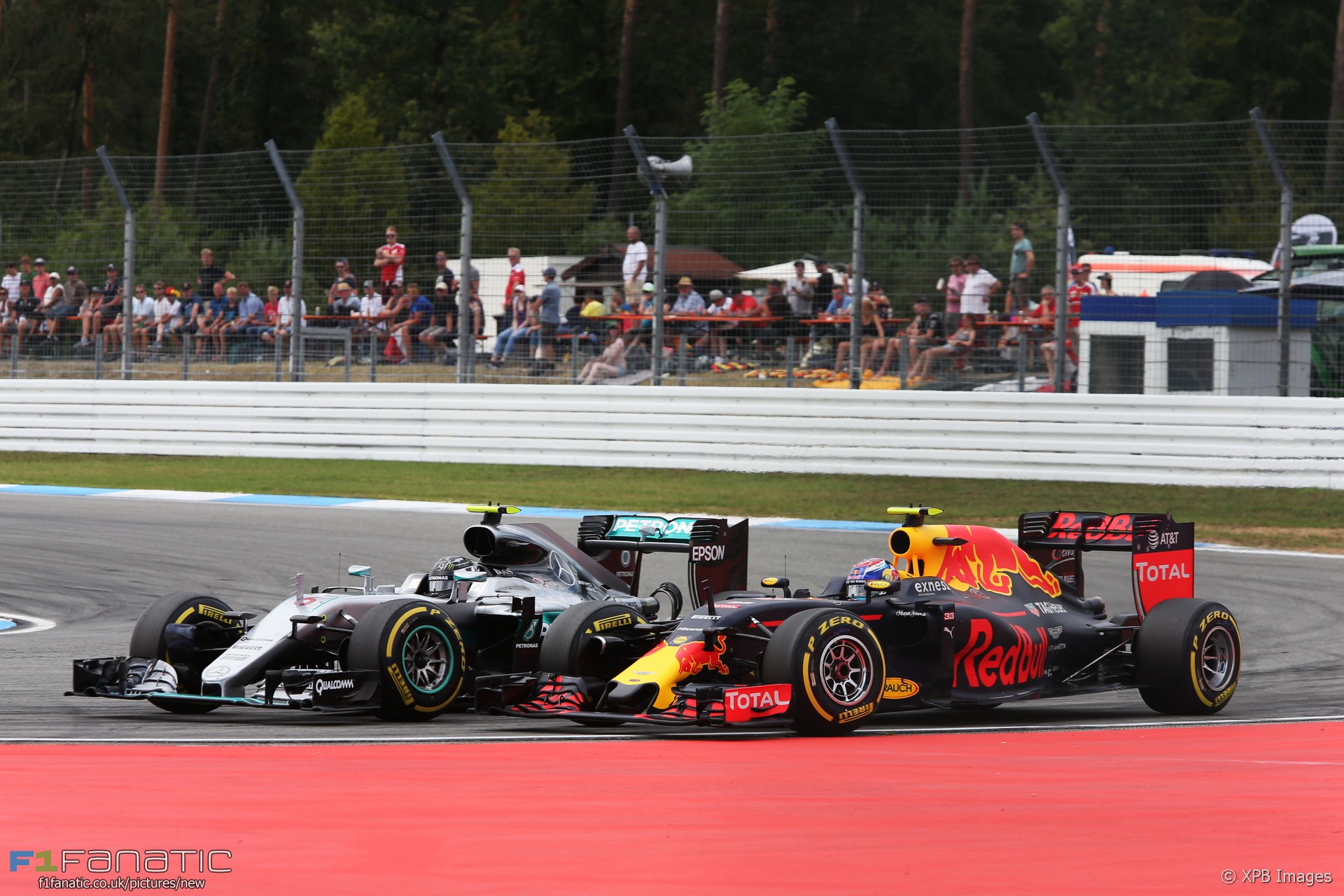 Nico Rosberg has been given two penalty pointy by the stewards for forcing Max Verstappen off the track during the German Grand Prix.

The Mercedes driver also received a five-second time penalty for the incident which occured while he was trying to overtake the Red Bull.

The stewards ruled that Rosberg “forced car 33 off the track in turn six and gained a lasting advantage”.

Rosberg now has a total of four penalty points.

Romain Grosjean was cleared after being investigated for a similar incident at turn eight. The stewards ruled he “did not gain a lasting advantage from the incident and had out braked himself into turn eight”.

Rosberg said he was “very surprised” to get a penalty for the incident. “I didn’t expect that at all”.

Verstappen said Rosberg left him with no option other than to go off the track to avoid a collision.

“I think pretty sure that he was quite far,” said Verstappen, “so he braked really late and at one point I thought he was going to run into me.”

“So I opened up and then he didn’t turn in, he was just driving straight so I had to go off the track otherwise we would have crashed.”

237 comments on “Rosberg given penalty points for forcing Verstappen off”