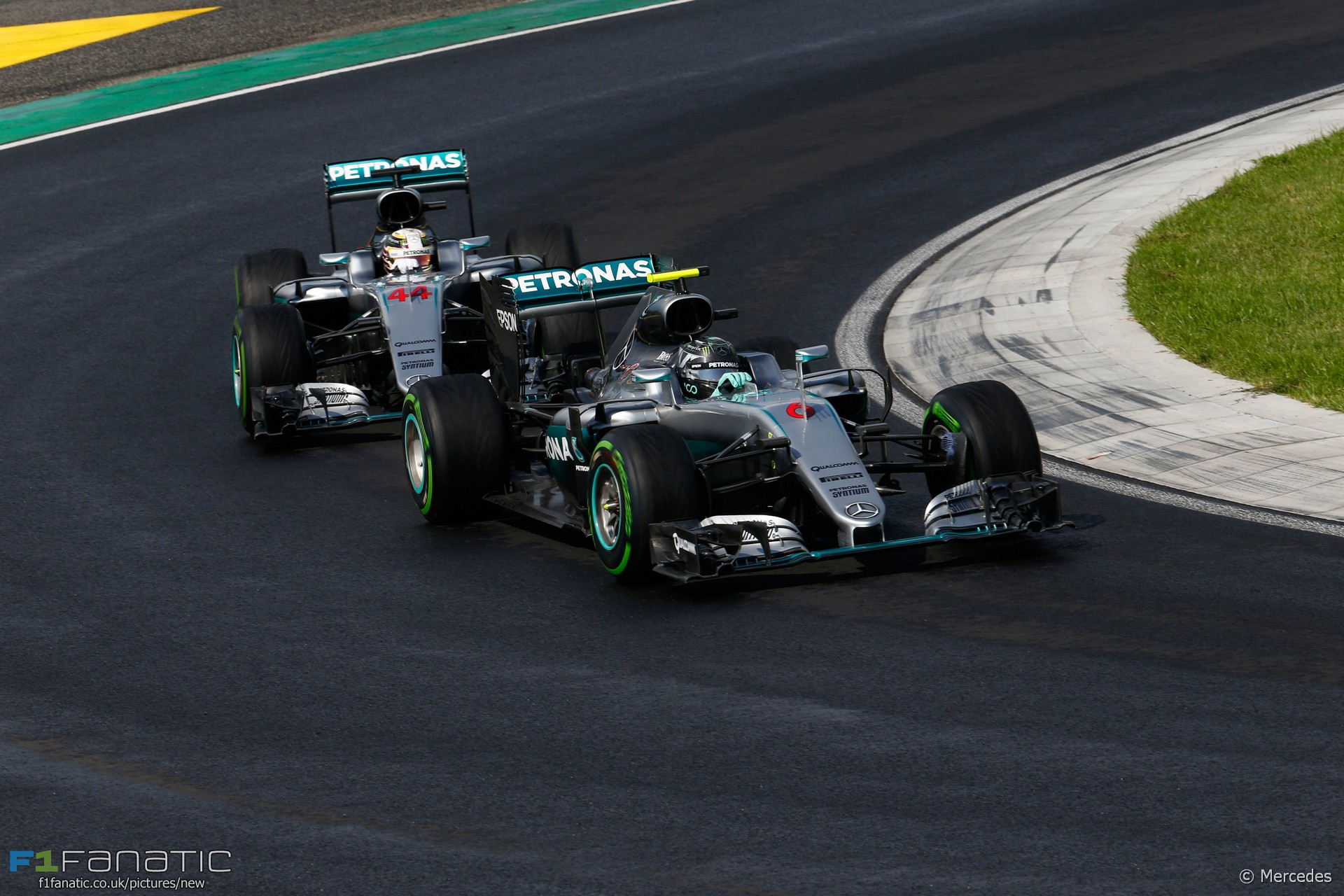 Nico Rosberg hit back at Lewis Hamilton’s questions over the manner in which he took pole position at the Hungaroring by questioning whether safety was at the heart of his team mate’s objections.

Rosberg was investigated by the stewards in Hungary for failing to slow sufficiently after passing double waved yellow flags after Fernando Alonso had spun ahead of him.

After Rosberg was cleared Hamilton, who lost pole position to his team mate after slowing down more significantly for the incident, raised questions with the authorities about how Rosberg had handled the situation.

Asked whether his team mate had been trying to gain a psychological upper hand, Rosberg told Sky in Germany: “I’ve no idea I don’t think about it in that sense.”

“Just very interesting to see how Lewis all of a sudden has become such a fan of the safety of our sport, that right after qualifying where I was ‘ignoring yellow flags’, he decided to go straight up to the people who are in charge.”

Hamilton previously criticised some of his rivals for raising safety concerns. However he warned about the potential consequences of the stewards’ ruling on Rosberg.

“The precedent has been set,” he said. “We’ve not been told any other ways so all you have to do is do that little lift. Which is not good in the big scheme of things.”

“But that’s what I’m saying, that’s why I made so much noise about it in the last race, because at some stage, most likely we’ll be fine, but one day there’s going to be someone on track. And then they’re going to be like ‘ah, you need to slow down half a second and not go faster in the sector.”

“But hopefully they’ll make their decision before then.”

Other drivers have said they will raise the matter of slowing down for yellow flags when they meet FIA race director Charlie Whiting tomorrow.