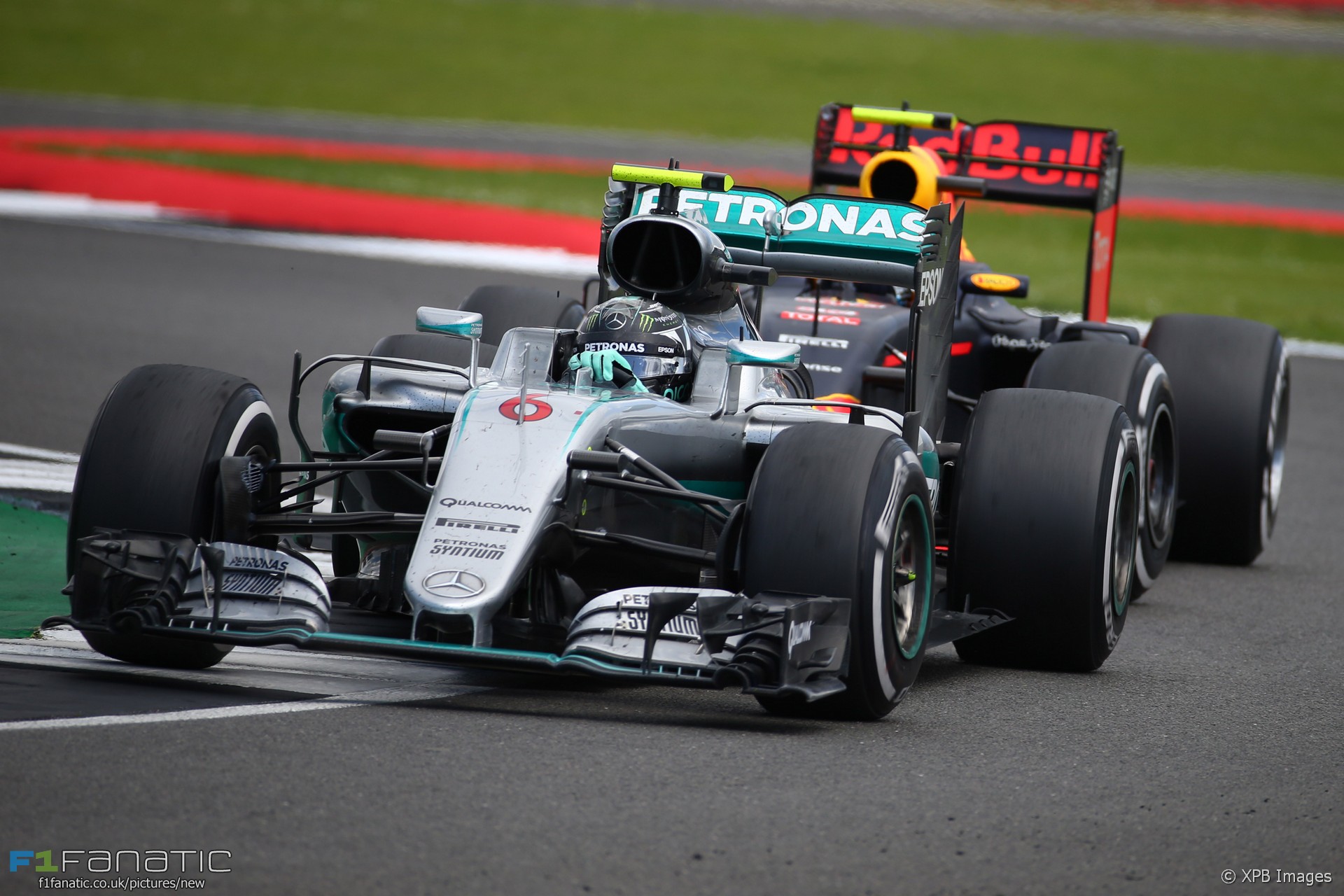 Nico Rosberg has been relegated to third place in the final classification for the British Grand Prix.

The Mercedes driver has been given a ten-second time penalty after assistance given by his team on the radio was ruled a breach of the regulations.

The stewards noted: “Having considered the matter extensively, the stewards determined that the team gave some instructions to the driver that were specifically permitted under Technical Directive 014-16.”

“However the stewards determined that the team then went further and gave instructions to the driver that were not permitted under the technical directive, and were in breach of article 27.1 of the Sporting Regulations, that the driver must drive the car alone and unaided.”

The following radio messages involving Rosberg were broadcast late in the race:

267 comments on “Rosberg relegated to third after radio penalty”