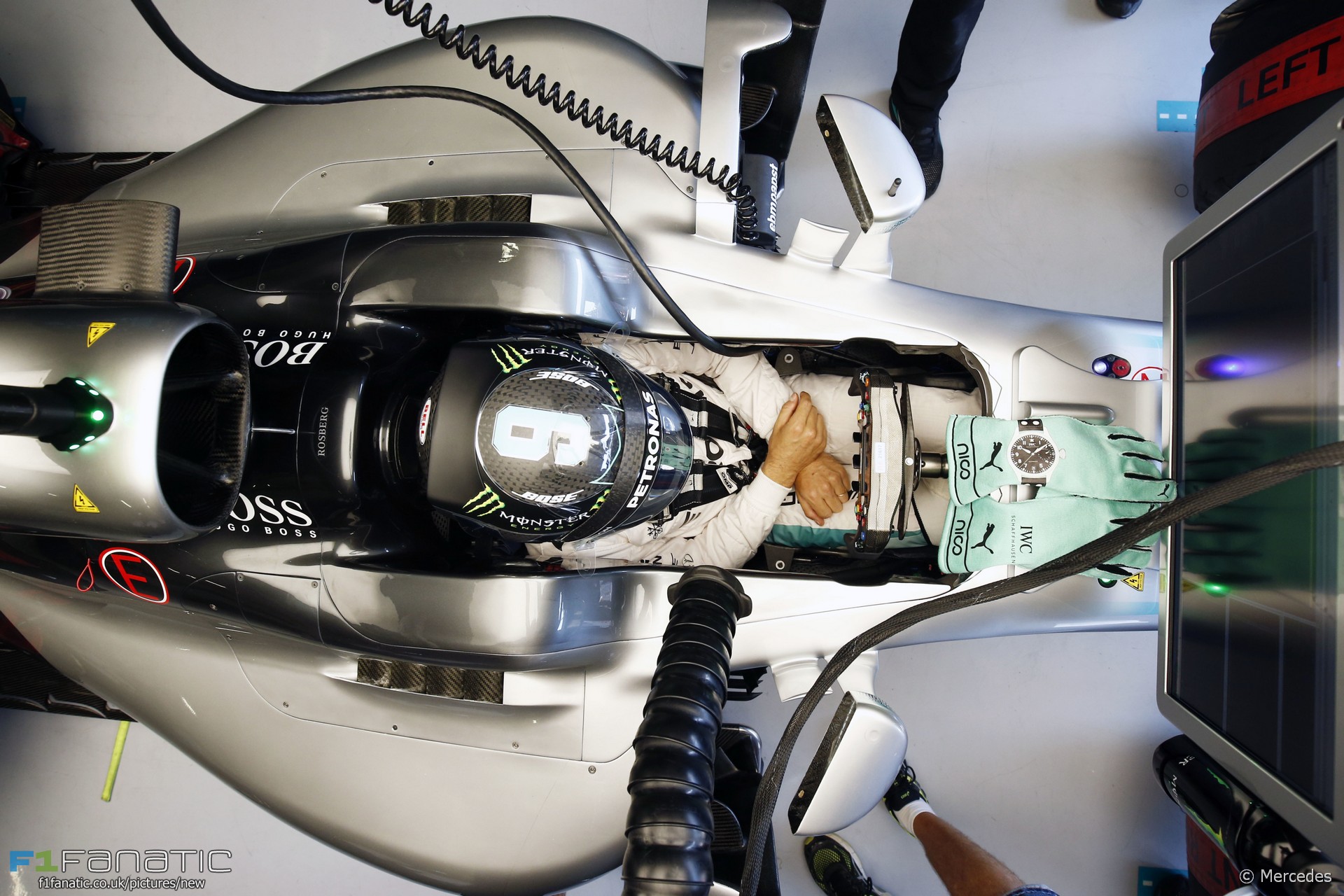 Nico Rosberg may face a penalty for driving too slowly during Q1.

The Mercedes driver is under investigation for breaking article 27.5 of the sporting regulations which specifies a maximum time for driving between the pit lane exit and entrance.

Rosberg set two flying laps during Q2 but did a much slower 2’26.444 in between them. This was almost half a minute slower than team mate Lewis Hamilton drove when he backed off.

The rule, which was introduced in 2010, is intended to prevent drivers lapping too slowly during qualifying to save fuel, creating a potential safety risk.

Article 27.5 of the sporting regulations states:

“At no time may a car be driven unnecessarily slowly, erratically or in a manner which could be deemed potentially dangerous to other drivers or any other person. This will apply whether any such car is being driven on the track, the pit entry or the pit lane.”

“In order to ensure that cars are not driven unnecessarily slowly on in laps during and after the end of qualifying or during reconnaissance laps when the pit exit is opened for the race, drivers must stay below the maximum time set by the FIA between the Safety Car line after the pit exit and Safety Car line before the pit entry.”

“The maximum time will be determined by the race director at each event after the first day of practice but may be amended later in the Event if deemed necessary. The time will normally be based upon 145% of the best dry [first practice or second practice] time.”

17 comments on “Rosberg under investigation for driving too slowly”