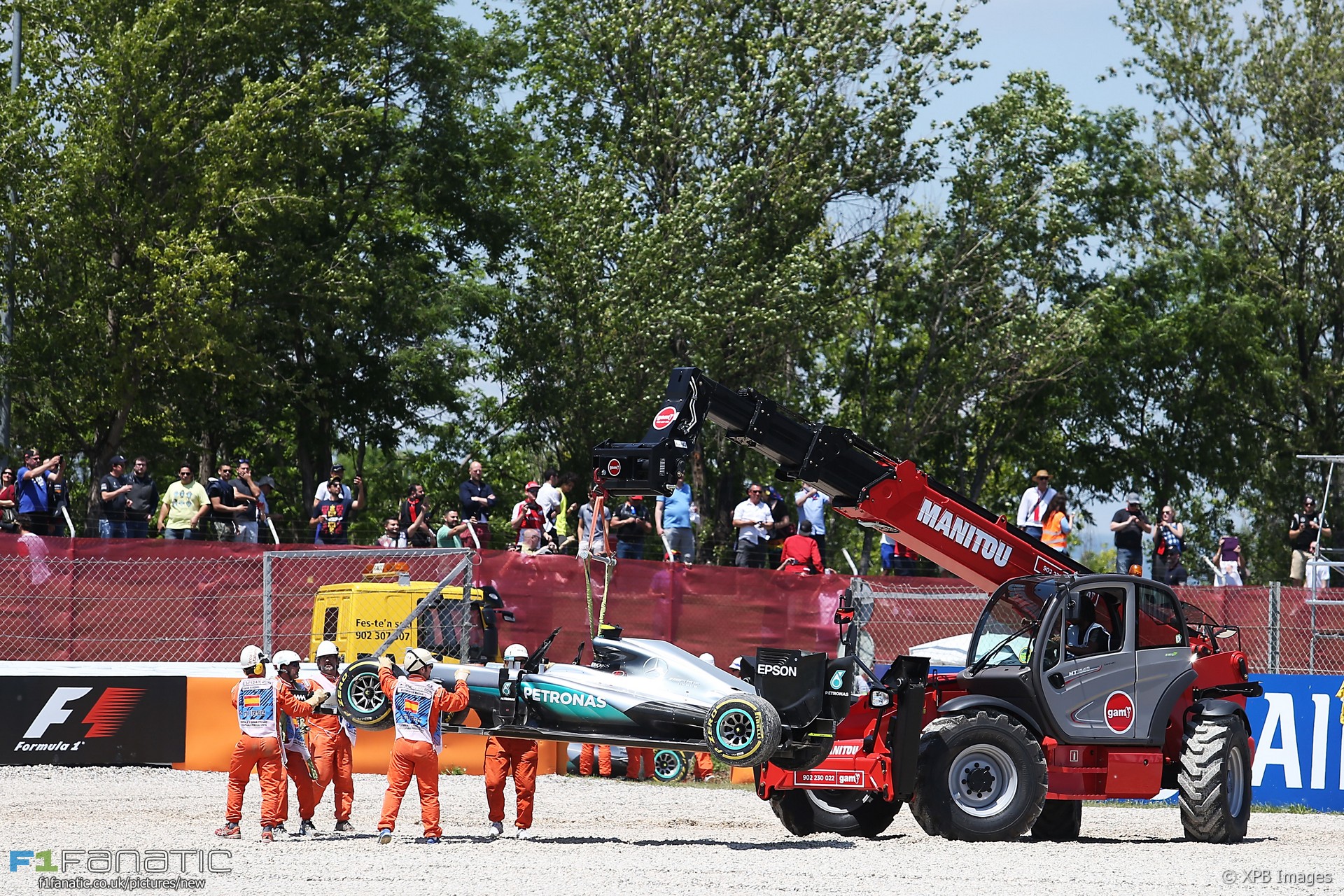 Nico Rosberg said he was “very surprised” Lewis Hamilton tried to pass him on the inside when the pair collided at the start of the Spanish Grand Prix.

The crash, which put both drivers out of the race, began when Hamilton closed on Rosberg quickly as the leading Mercedes was using the wrong mode for its power unit.

However Rosberg told reporters he was “not distracted” by being in an incorrect engine mode.

“I was aware of the situation and saw Lewis coming closer,” he explained, “so I went for the usual racing driver action of closing the inside line and closing the door as early as I could.”

Rosberg said he approached the corner “in a way of making it very clear that I wasn’t going to leave any space on the inside” for Hamilton to overtake him.

“I was very surprised that he did go for the gap anyways,” Rosberg added.

“The stewards have now decided that it’s a racing incident which we have to accept like that, which we will accept.”

The championship leader said he was “not thinking about” having maintained his points margin over Hamilton as a result of the race.

Rosberg added he accepts the stewards’ view of the collision. “I will go with the verdict of the stewards who say it’s a racing incident,” he said.