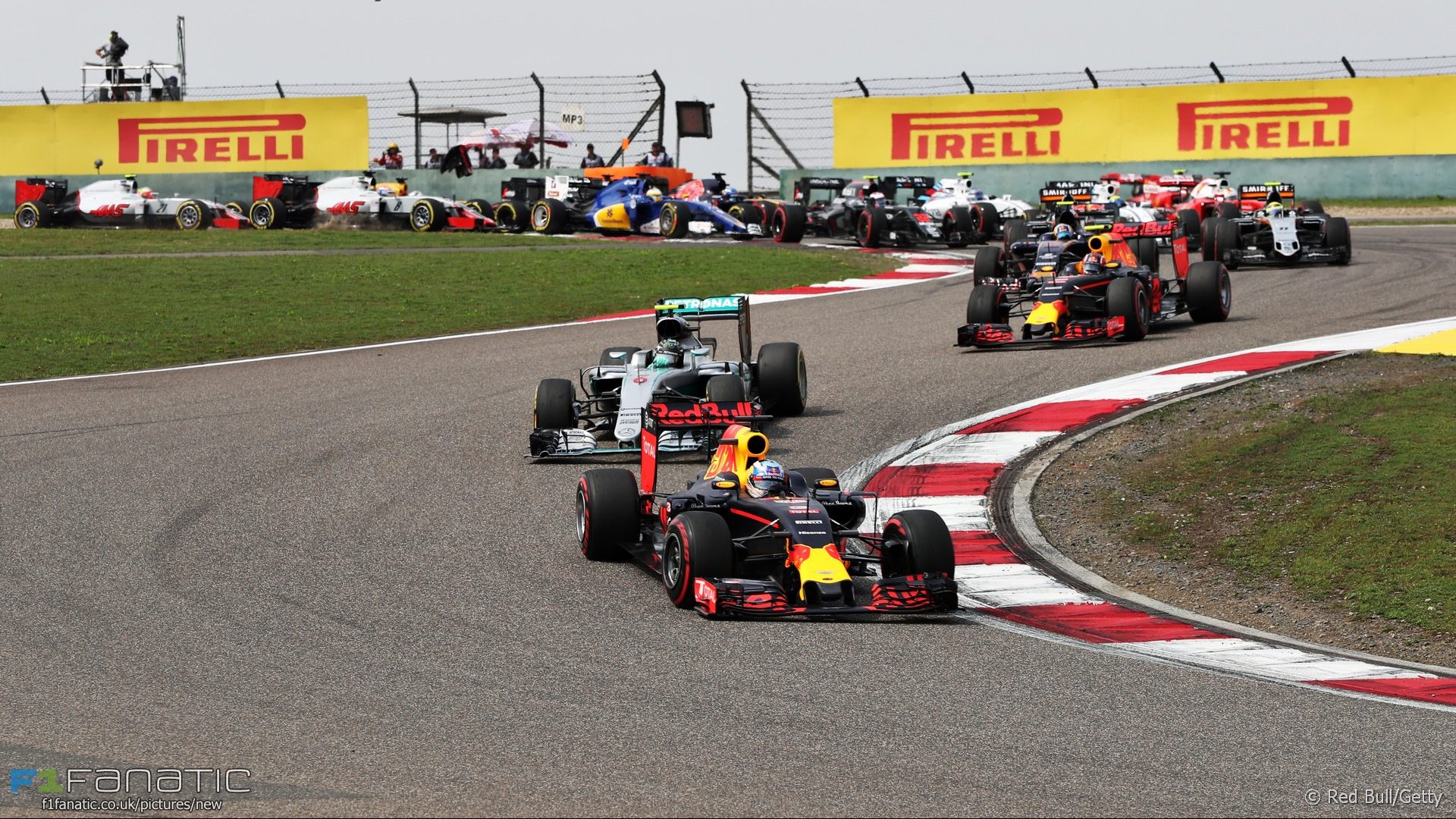 Mark Webber doesn’t believe Mercedes will win all the races this season despite their commanding start.

Mercedes has won all four races so far this year and could tie the all-time record of 11 consecutive wins at the next round in Spain. But Webber tipped his former team to turn their season around soon.

“I think Red Bull are sleeping there,” he said, “they’re going to really come in the next part of the season, from probably Monaco onwards they look extremely competitive.”

“So yes I think there’ll be different winners. Mercedes won’t win every race this year, Ferrari and Red Bull will definitely have a chance to win grands prix, no question about it. But the championships of course look very safe with Mercedes.”

Webber doesn’t feel Mercedes’ sustained success – winning all bar six of the last 42 races – is necessarily bad for F1. “In Formula One we always had teams dominating for long periods of time,” he said.

“If we have these components in, you’re going to have still a little bit of domination at the front but we have to make sure the whole concept is something the people love, enjoy and watch. And that’s the essence of the sport. It has to be cutting edge, it has to be futuristic and it has to be the fastest show on earth by a long way. And that’s what we’ve got to work towards.”

“We talk about tyres too much”

However Webber urged the sport to ensure drivers are able to push hard throughout races and questioned whether increasing tyre testing was a good move.

“Is it better to have more tyre testing? I’m not sure,” he said. “I think it was good in terms of controlling costs that they had a bit less testing in Formula One but they probably went too far. So to have a little bit of in-season testing for the teams is nice.”

“In Shanghai there was a lot of overtakes but if you ask the drivers really are they genuine overtakes, not really. They can pick where they want to pass. Old tyres and new tyres, that’s the difference in the pace.”

“And the drivers really only race in the first two laps and the last ten percent of a grand prix. In the middle of the race they are managing things. They are managing batteries, managing tyres, they really cannot push to the limit. And this is the part of the race we need to look at, that it’s not fabricated.”