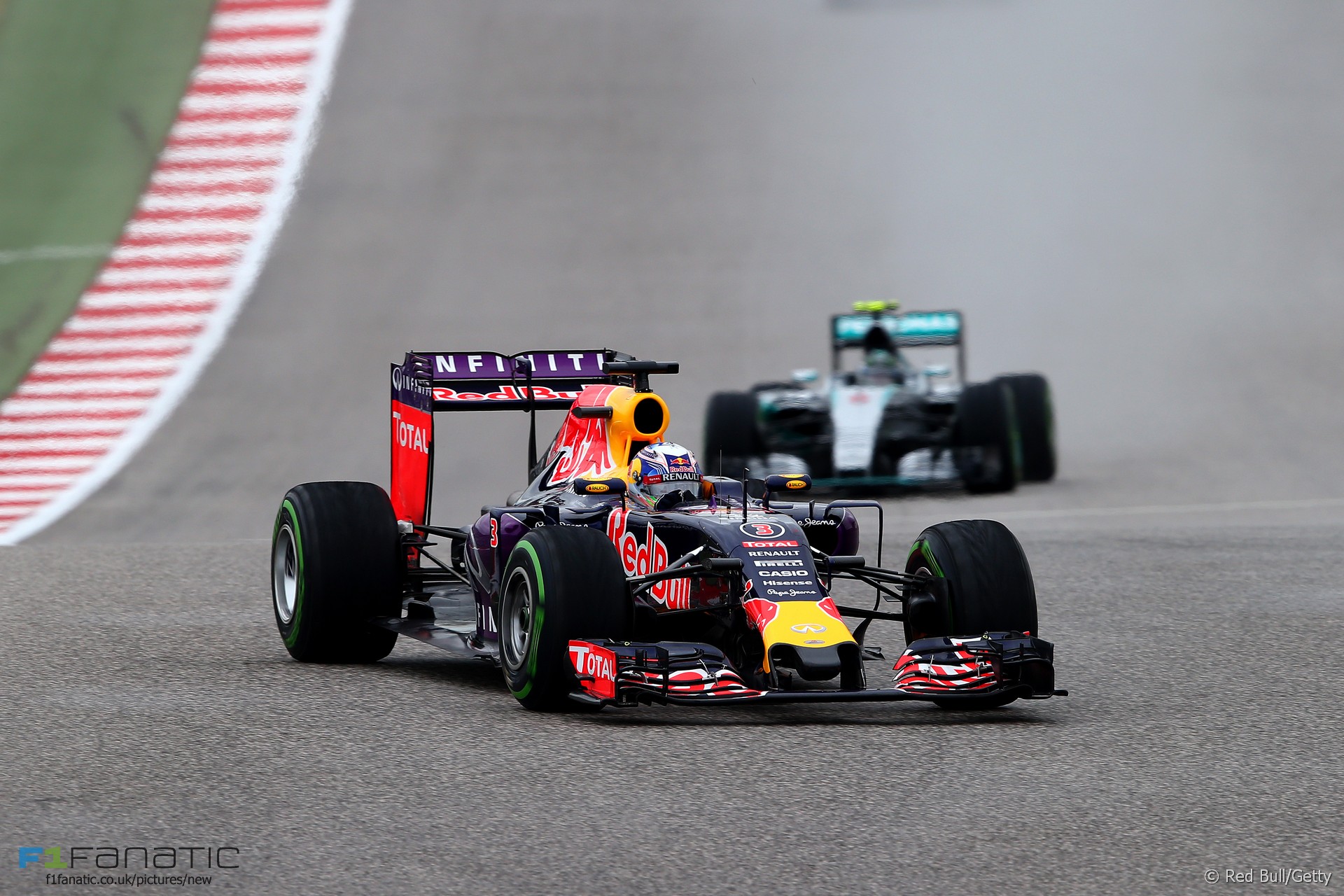 Red Bull took the fight to Mercedes in the early stages of the United States Grand Prix – and Daniil Kvyat reckons they could have won had it stayed wet.

The RB11s were flying in the damp conditions at the beginning of the race and Daniel Ricciardo passed both Mercedes drivers to take the lead.

“To see the Mercs not getting away from us was awesome,” said Ricciardo afterwards. “I was enjoying that. In the lead we were quite quick for a few laps and it felt like old times.”

At this point the first drivers to try slick tyres – Valtteri Bottas and Romain Grosjean – had struggled. But when Marcus Ericsson made the switch his rapid middle sector time signalled to his rivals that the track was ready for slicks.

Red Bull, however, could not find grip on the treadless rubber. “Once we put the slicks on we just didn’t have the pace,” said Ricciardo, who lost 1.3 seconds to Nico Rosberg on his first lap on the soft tyres.

Red Bull’s problems were worst after each of the four Safety Car or Virtual Safety Car interruptions during the race. “We struggled with the warm up with the tyres and also struggled a lot with braking today,” Ricciardo admitted. He finished tenth after contact with Nico Hulkenberg and Carlos Sainz Jnr.

“If it was a wet race I felt it could have been a victory today,” rued Kvyat, who crashed out late in the race. “It’s easy to say that, but there’s no point really, because once it dried out we were an easy target for everyone, which was a bit frustrating.”

All the lap times by the drivers (in seconds, very slow laps excluded):