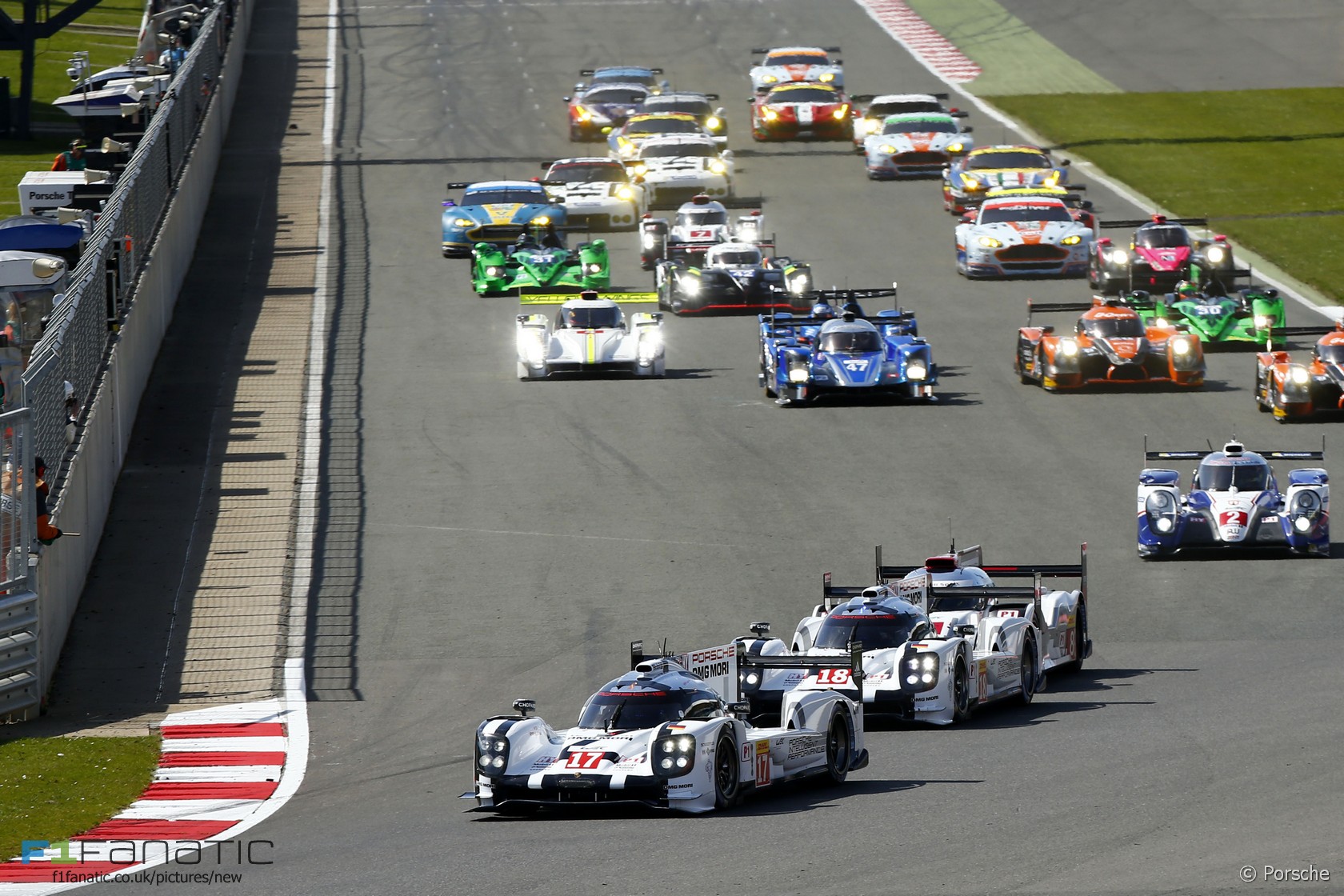 In the round-up: Mark Webber says more Formula One drivers will switch to the World Endurance Championship because the cars are more rewarding to drive.

"My guess is you’ll see more (F1) drivers look this way because sports cars have a lot to offer."

Are Porsche set to capitalise on FIA wrangling and enter the world of F1? (The Guardian)

"Perhaps, as F1’s background wrangling continues, it is their intention to be on the grid for real in 2017 that lies behind the FIA’s new team prospectus."

"Ferrari is getting a new update on the engine but we are not getting it here. Probably we will get it at Spa."

"The engine is exactly the same this weekend compared to Monaco. We did use two tokens of the nine, but they are more for reliability reasons and some of the problems we faced recently."

"To point the finger at someone and say that they braketested you, that's serious. I don't think that happens in motorsport these days, we're all grown-ups and we don't do things like that in Formula 1."

"He has made a mistake and I just find it a bit disappointing that he doesn't learn from it."

"McLaren are already planning for next season and are looking at a change to their driver pairing."

"The claim has been dismissed as ‘tittle-tattle’ by a team insider, with the prospect of Button being jettisoned at the end of a campaign likely to have been greeted with incredulity by the team’s supporters given the extent of McLaren’s struggles since reuniting with Honda at the start of 2015."

How to run Formula 1 (Motorsport magazine)

"Under Ecclestone, FOM has been an austere organisation accused of being increasingly out of touch. It’s remained largely analogue in a digital era, if you like, and many a sponsor or switched-on marketeer has been frustrated by the cast-iron constraints within which they must work."

.@LewisHamilton and the rest taking their seats for the FIA presser. Can't imagine the rest getting many questions.

Drivers who leave the track at the last chicane will have to follow a revised path between bollards before rejoining. #F1 #F1F #CanadianGP

Updated power unit components used ahead of the #CanadianGP weekend where engine performance will be vital. #F1 #F1F pic.twitter.com/TTpIpcOOmn

#F1 The cameraman covering the long straight is the true hero of the #CanadianGP. #AMuS pic.twitter.com/KNBfZYE57e

From one of my favourite movies!!! #RushHour #CrazyB #ChrisTucker #Hilarious Max Verstappen’s handling of his Monaco crash has been a turning point for some:

I had been really impressed by Verstappen’s maturity and talent up until that incident in Monaco. Since then, Verstappen’s attitude over the whole thing has been awful and reminds me of Hamilton’s mentality back in 2011.

Instead of holding his hands up and saying he’ll learn from it, Verstappen has criticised Grosjean despite him doing nothing wrong, and then criticised Massa over an incident which happened a year ago which he was found to have done nothing wrong either.
Craig Woollard (@Craig-o)

Happy birthday to Ratboy and Davef1!

116 comments on “More F1 drivers will switch to WEC – Webber”