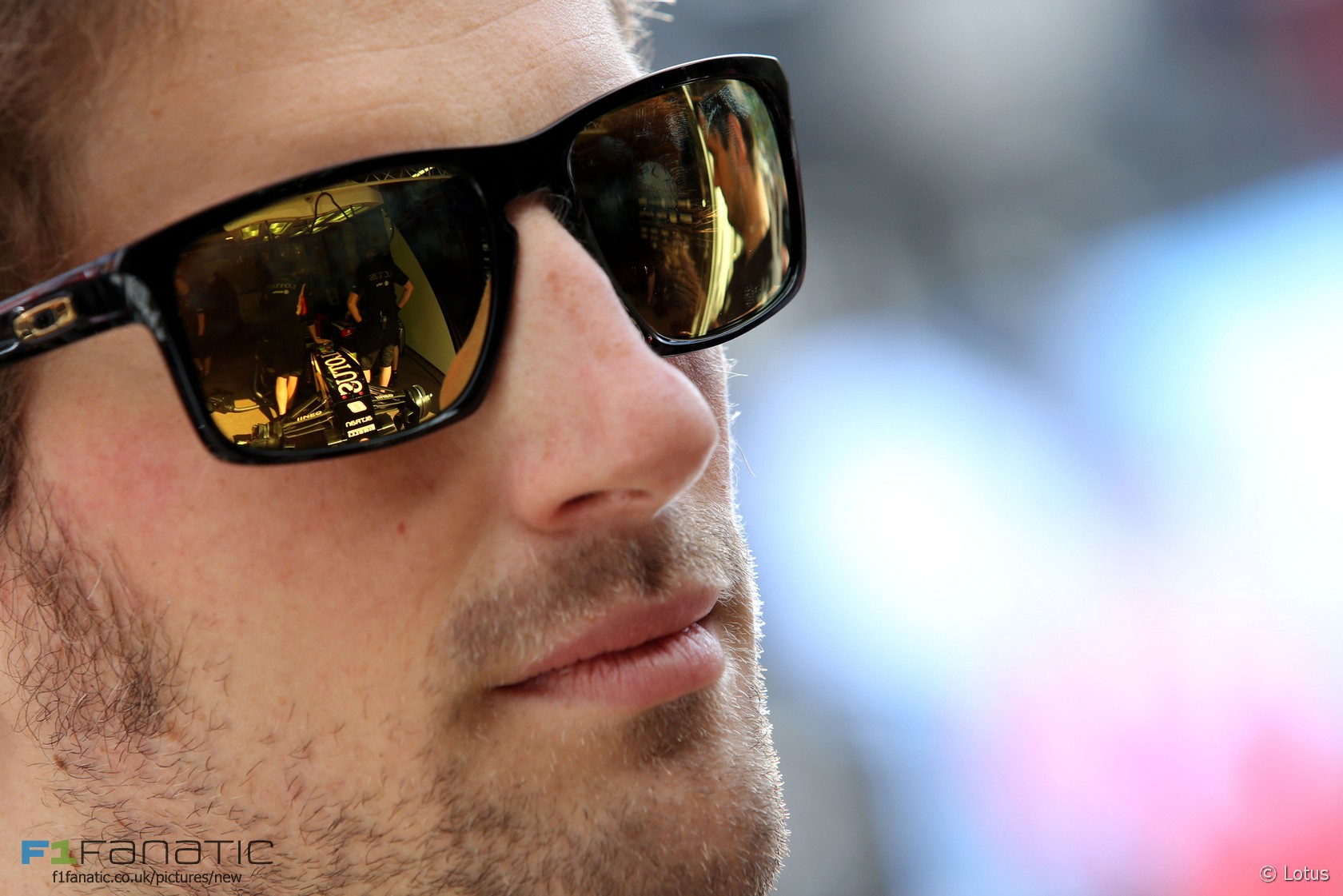 Romain Grosjean has had his say in the row about his crash with Max Verstappen and denied claims he “brake-tested” the Toro Rosso driver.

Immediately after the race Verstappen claimed Grosjean had braked earlier than usual when he ran into the back of the Lotus driver at Sainte Devote.

Lotus’s trackside operations director Alan Permane dismissed the claims and Grosjean has also rejected the idea. “Of course not, what would that possibly achieve?” he said.

“In Monaco it’s pretty easy to keep a car behind you, even a car that’s faster than you, by placing your car on the racing line and just focusing on driving your laps. The difficult bit is for the guy trying to get past.”

“I didn’t brake early or lift off the throttle earlier on the lap which Verstappen hit me, in fact the data showed I braked five metres later than the lap before.”

The incident was investigated by the FIA, who handed Verstappen a five-place grid penalty for next week’s Canadian Grand Prix.

“The FIA are pretty thorough in their investigations,” said Grosjean, adding: “I don’t know which annoyed me more; being hit and knocked out of the points, or having to go through the inquiry afterwards for something that was clearly not my fault.”

“Ultimately, Max caught himself out by driving too aggressively on the wrong circuit to attempt a move like he did and we both felt the consequences. He’ll learn; he’s a very talented driver.”