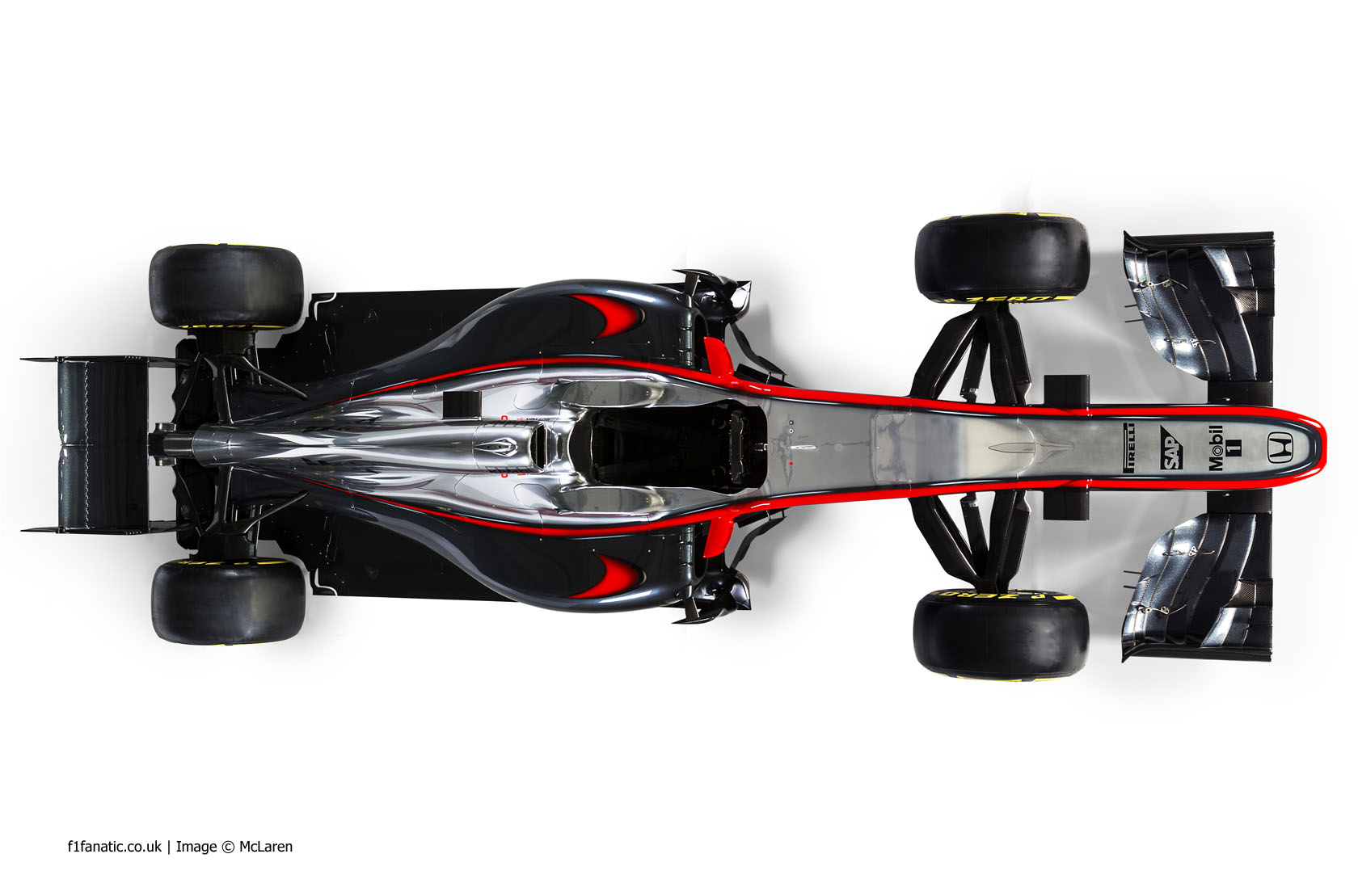 Jenson Button says McLaren’s new Honda-powered MP4-30 is a major departure from their previous two cars but the early signs are encouraging.

“This year’s car is very different to the last two years,” said Button. “I know all of the mechanics are very excited about working on it.”

“They say everything just fits and it just works in terms of it feels like one package instead of different departments building different parts of the car and then putting it together. So there’s a really good vibe about the place, people have a good feeling about where the car is in terms of engine.”

Button has high expectations of Honda having worked with the engine manufacturer in the past, but admits they are starting at a disadvantage compared to their rivals. “We obviously have a lot less experience than the other engine manufacturers so it’s going to be a tough winter testing programme,” he said.

“We’re going to get a lot of experience and the great thing about Honda is they’re very good at listening to what you have to say in terms of drivers’ feedback, if you tell them you need something, they’ll be on it straight away and will either have a fix or an improvement for the next test.”