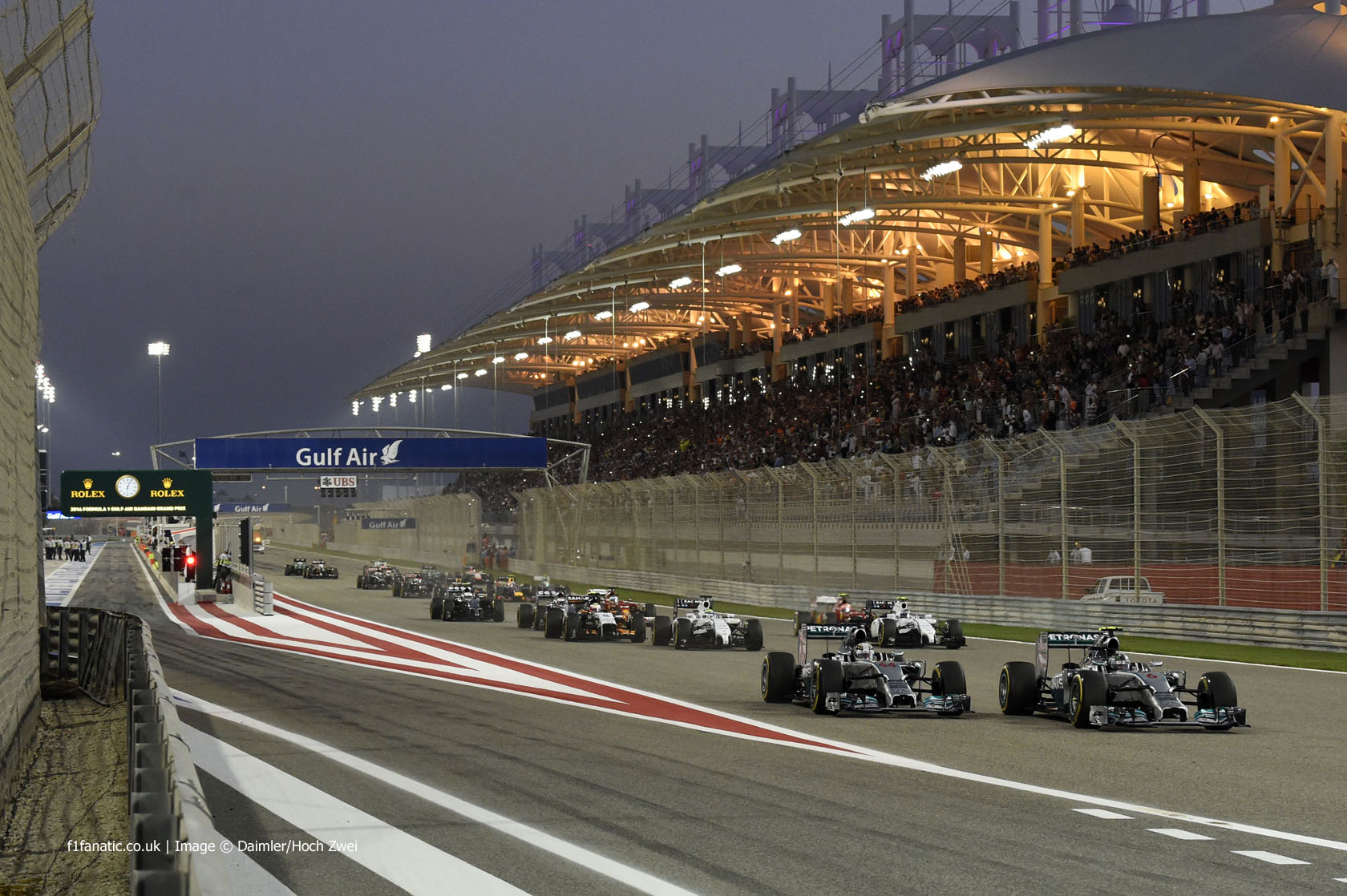 Did you miss out on any of these articles during 2014? Catch up on some of F1 Fanatic’s best and most popular offerings this year. Getting to grips with Formula One’s radical new engines.

Hamilton was just the latest driver to shrug off a call to let his team mate past.

Who will gain – and lose – from radio rule change?

Severe new radio restriction were proposed but they were later relaxed. What F1 spectators say about the engine noise debate

Not everyone thought the new engines were too quiet – many fans who visited races said they preferred them.

How teams are clawing back rear-end downforce

A less-heralded aspect of the 2014 regulations saw a reduction in rear-end downforce – but teams worked hard to get it back. Verstappen’s forthcoming F1 debut was announced when he was just 16 years old, and the FIA later introduced a new age limit on F1 drivers.

How Mercedes ended up in a team orders crisis

Mercedes strived to put their drivers on an equal footing, but in Hungary they ended up ordering one to let the other past.

Hamilton vs Rosberg: Did unreliability decide the title?

Rosberg’s car trouble in the final race was just the last in a string of failures to affect the championship contenders.

Thoughts on the cars after an hour at turn two

Alonso and Ferrari at a crossroads in 2014

“If the cracks which developed in the relationship between Alonso and Ferrari last year continue to spread, it could be a different chapter from 2005 which is replayed: Alonso announcing a surprise change of teams – perhaps even a return to McLaren.” This in-depth review of the 1994 championship, covering every round of the season, proved one of the most popular running features on the site this year. “It was hard to distinguish one bit of awesome from another”: Ron Dennis on Ayrton Senna

Ahead of the 20th anniversary of the death of Ayrton Senna, his former McLaren team principal Ron Dennis shared some fascinating stories about his time at the team.

Sir Jack Brabham, a three-times world champion and the only driver to win the title in a car of his own construction, passed away in May.

Remembering one of F1’s most notorious controversies.

This became a major talking point during the season as technical problems interfered with the rivalry between Rosberg and Hamilton.

Turbo power returned to Formula One in 2014.

McLaren will reunite with Honda next year and dominated F1 with the Japanese manufacturer at the end of the previous turbo era.

The Bahrain Grand Prix was the 900th round of the world championship.

The remarkable tale of F1’s only race-winning woman

Desire Wilson tells the story of the challenges she faced getting into Formula One. Some dubious data from Ferrari.

The strange snobbery about short tracks

The Red Bull Ring showed not all F1 tracks need to be the same length.

Formula One’s engine rules aren’t “frozen” and they don’t need to be relaxed.

Kimi Raikkonen returned to Ferrari and Nico Hulkenberg was reunited with Force India, in a bid to emulate some of their successful predecessors.

The derided double points rule – which was scrapped after the end of the season – certainly deserved a place among this ‘obttom ten’.

A revised version of the Points Calculator proved a popular addition to F1 Fanatic.

This new series by @Bbudna looked at which teams were succeeding at bringing new sponsors to the fold.

Another popular addition to the site during 2014, regularly penned by @AnthonyFrench: The Autodromo Hermanos Rodriguez returns to the F1 calendar in 2015 – but it’s getting the Hermann Tilke treatment.

The 2016 season will see the addition of another new race in Azerbaijan.

Small but significant tweaks are expected next year following the revolution in the Formula One regulations in 2014.

The FIA continues to solve the problem of F1’s unattractive noses.

F1 cars could soon have much larger wheel rims.

Give Formula E a chance – but not Fanboost

A new rival to Formula One emerged in 2014, but while Formula E had some interesting new ideas it also had one unwelcome aspect.

These articles attracted more comments than any other in 2014. A brilliant race in Bahrain followed days of criticism of the new rules by the likes of Bernie Ecclestone and Luca di Montezemolo. However the previous round in Malaysia also provoked a lot of discussion as it had seemed we were in for a less than exciting championship.

Certainly the most surprising response to any article in 2014.

Daniel Ricciardo lost what would have been a remarkable second place finish in his first race for Red Bull after his car was found to have regularly exceeded the 100kg/hour fuel flow limit.

Rosberg on pole, Hamilton to start from back after fire

How can Mercedes defuse the Hamilton-Rosberg row?

The on- and off-track events at Spa-Francorchamps left Mercedes with a external public relations nightmare and an internal diplomatic crisis. Rosberg’s response to the collision prompted even more debate.

Two wins for Raikkonen? Lots of penalty points for Massa? I hope your pre-season predictions were better than mine.