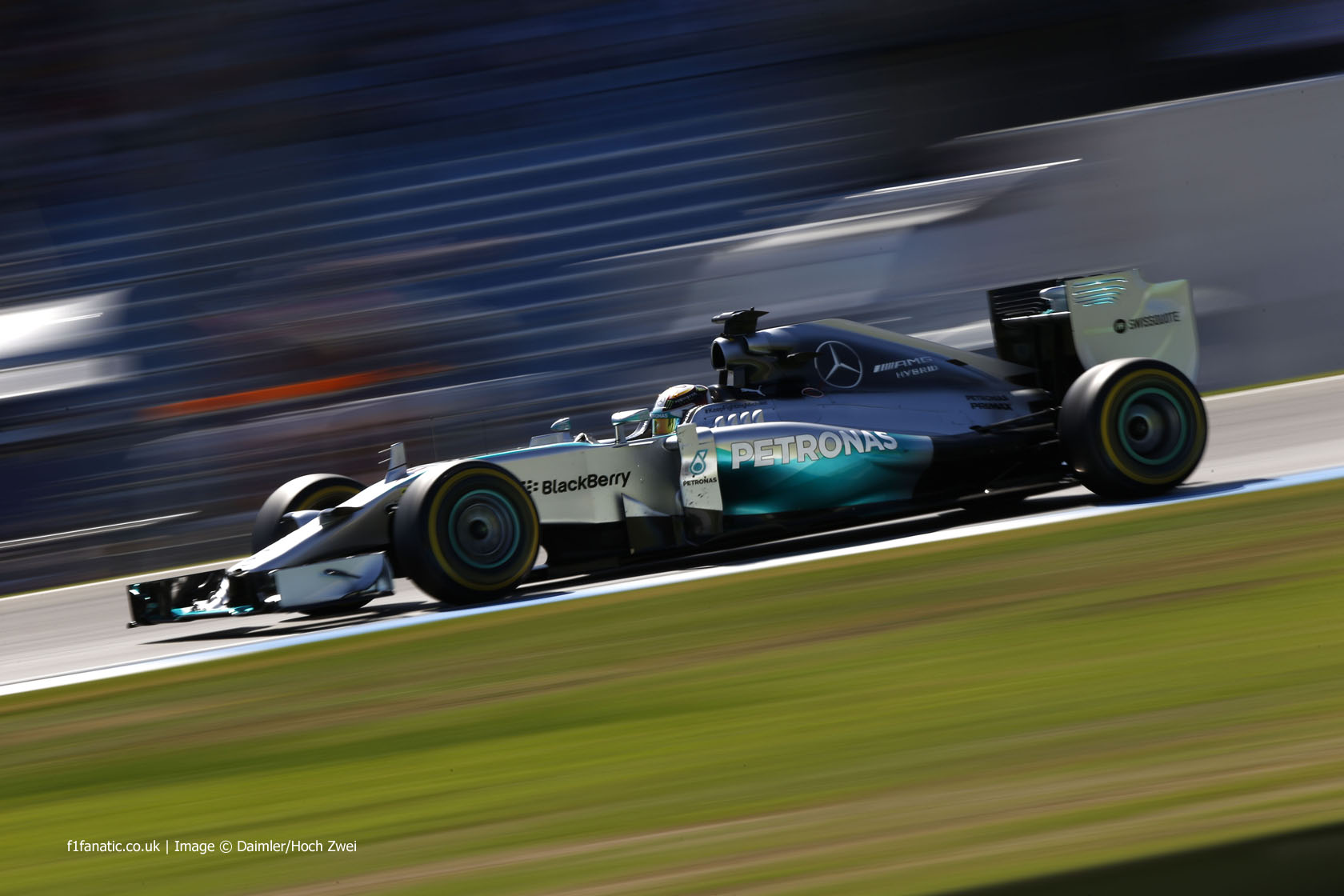 Cars were expected to be much less reliable in 2014 but those fears proved largely unfounded. However Mercedes’ domination of the season was realised, and by taking 11 wins Lewis Hamilton boosted his career victories tally by 50%.

The increased in car failures which accompanied the introduction of F1’s ambitious new engine formula was widely expected. Indeed, many expected it to be worse than it was – before the season began there was speculation the early races would see fewer than ten finishers.

That never came to pass, and by the end of the year the low number of starters was a greater concern than the number of finishers.

The rate of technical failures did rise to 13.7% in races, its highest level since 2006, which was the last time a new engine formula was introduced. The cars remain considerably more reliable than they were a little over a decade ago, when one in four cars on the grid could be expected to break down before the chequered flag.

Despite the increase in failures average number of finishers remained above 80%. This may well be because driver errors are less likely to result in retirements due to the increased use of asphalt run-off areas.

The low number of winners and pole sitters indicates this was not an especially competitive season. Just three different drivers won races, equalling the record low most recently seen in 1988.

Meanwhile the number of races is set to trend further upwards next year. There are currently 21 races on the 2015 F1 calendar, and although the Korean Grand Prix is widely expected not to happen, that would still leave a record-equalling 20 rounds on the schedule.

However with only nine teams expected to take part next year, the number of drivers competing in the series could hit a new low.

Only one of the five champions currently racing in Formula One won races this year: Lewis Hamilton, who overtook Fernando Alonso to become the fifth most successful F1 driver of all time in terms of total wins. The 11 wins he scored this year amounts to one-third of his career victories.

Alonso, like Kimi Raikkonen and Sebastian Vettel, endured a win-less campaign. Jenson Button did too and his second successive season without a win means his victory rate has fallen to 5.6%, lower than any other champion bar Keke Rosberg (4.39%) and John Surtees (5.41%).

*Average scoring rate at every round where they did not suffer a race-ending mechanical failure, adjusted to the current points system and ignoring double points and shared drives.