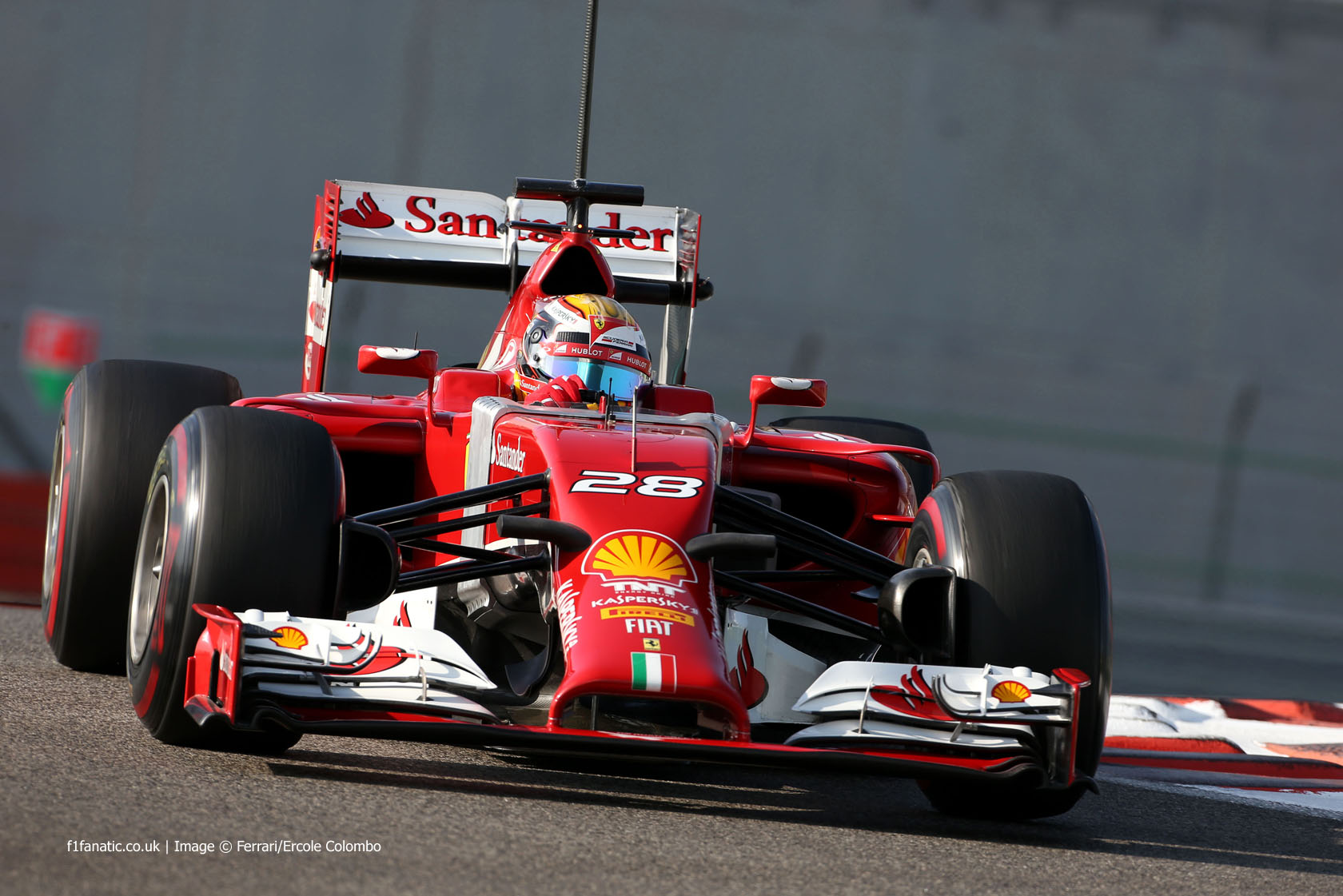 In the round-up: Ferrari president Sergio Marchionne says the team made a late start to its 2015 car after changing some of the philosophies behind it.

“We started late with the 2015 car, certain choices and strategies that were made by others and that, in retrospect, I don’t necessarily share.”

“I don’t think [Sebastian Vettel is] naive, he knows our level of performance but this is the power of Ferrari: it manages to attract people even just based on its potential.”

Maurizio Arrivabene: “Talented drivers must not be thrown on to the scene too early. I am sure he is talented and will have a chance to show it”

Caterham: Formula One team reveals £75,000 profit made from crowdfunding plan (The Independent)

“I think Max is an insult. Do Red Bull realise they are putting a child in Formula One?”

“The only time that Ferrari has really worked has been when the high management has been kept out of the day-to-day operational running, thereby keeping the fear and the resultant in-fighting at bay.”

“I absolutely loved my time in F1 as an ‘individual’, but at this stage in my career I really enjoy being completely open with my fellow team mates and engineers to get the most from our collective knowledge.”

“He told me: ‘Meetings in your office I can have every day but to see the Formula One it’s only once a year in Italy.'”

Right message, wrong messenger. Adrian Sutil may not be the most well-fortuned of all pay drivers, but what he brought did help to leverage a comeback at Force India over Jules Bianchi, and his Sauber drive. Felipe Nasr may be bringing eight figures from Banco do Brasil, but he has a stellar resume – Formula BMW champ, possibly the last great British F3 champ, success in GP2 – and way more upside than Sutil can deliver going forward.

The shrinking grid size does not help with regards to allowing F1 to allow less-funded drivers into its ranks, or retaining drivers without a lot of sponsorship. It really doesn’t. Cutting from 24 to 22 now down to as few as maybe 18 cars will not suddenly give Sauber a sizeable injection of cash.. Instead of blaming the teams, which a lot of us are as guilty of as anyone else, for doing what they had to to keep their teams operating, we should be looking into ways to make the sport more accessible to teams – and without taking it back thirty years or more.

Sutil is right that Minardi did often weigh talent over money for a team of their size. That’s part of why I admire them. Minardi was also the team that dropped Giancarlo Fisichella mid-season for Giovanni Lavaggi and almost ran Taki Inoue for all of 1996 if his cheques had cleared.
@RJOconnell

Five years ago today Michael Schumacher revealed he would return to F1 with Mercedes in 2010.

98 comments on “Ferrari expect slow start to 2015 after changes”