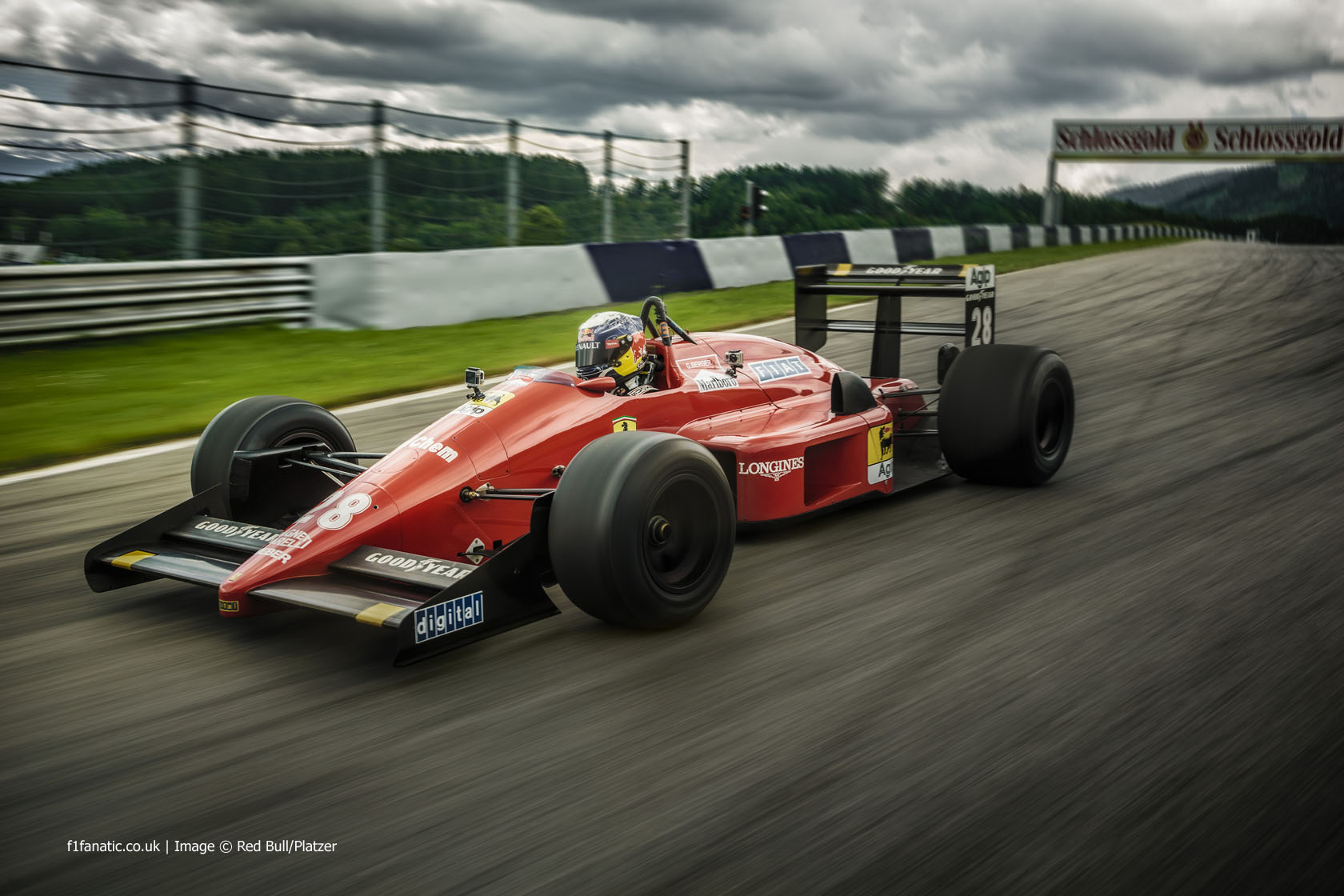 With teams dropping out and complaints over the new engine regulations there weren’t a lot of positive headlines in Formula One this year.

However there were reasons to be cheerful – here are 20 things which made for a great 2014 championship.

An unusual track in a picturesque location which drew an enthusiastic crowd. It may not be the Osterreiching, but this is exactly the sort of venue Formula One should be visiting, and a sharp contrast to the dismal Valencia clone which held Russia’s first grand prix this year.

Reader @StevenSmith_f1f – a veteran of over 50 grands prix – was among those in the crowd:

…South Korea and India out

They may have fit the bill as markets F1 should reach out to, but their circuits were straight from the Hermann Tilke cookie cutter and rarely produced exciting races.

Simply put, 2014 was a year in which the extremely unequal financial terms given to one half of the grid left the other half struggling to survive – and eventually led to two of them going into administration. The regular team principals’ press conferences, which are now shown live by some F1 broadcasters, became a battleground between the haves and have-nots, with F1’s press corps putting them on the spot.

If only those who wield true power in Formula One – Bernie Ecclestone and Jean Todt – would subject themselves to such uncompromising scrutiny. Before the season began everyone knew Ecclestone did not approve of Formula One’s new engine regulations, which Todt had pushed hard for. Even so, the sport hardly needed him to publicly condemn the sound of the new engines before he’d even listened to them himself.

Former Ferrari president Luca di Montezemolo had other reasons to dislike them, as Ferrari began what was clearly going to be a very disappointing season for them. Ahead of the third race of the year he turned his ire on what he called ‘taxicab’ racing.

Their complaints were blown away by a hundinger of a race in Bahrain. While the Mercedes pair jousted for the lead, there was even more action behind them in the battle for third place. The claim that the new engines had ruined F1 was shot to pieces, and more great races later in the year served to reinforce the point. This is a small change for the better, though the true value of giving drivers a consistent identity from team to team may only become clear after a few years. One interesting measure of the success of the rule is that new champion Lewis Hamilton wants to keep his number instead of using the number one next year. As one of few major sports in which men and women can compete against each other, Formula One (and all motor racing) has huge untapped potential in the female market. Hopefully Susie Wolff’s first practice runs for Williams this year – of which there will be more next year – will lead others to follow.

Another example of those who run the sport belatedly discovering a massive area of unexploited potential. Of course you can also follow F1 Fanatic on Twitter: Of course Formula One is so wealthy that it should never be necessary for the fans to directly subsidise the competitors. But notwithstanding that, it was thanks to a tremendous show of support from fans that one of F1’s smallest teams was able to compete in the final race of the year, plastered in the logos of their many minor backers.

Who says no one cars about the small teams? It is a continuing source of frustration for many fans that those running Formula One can’t seem to police something as basic as where the boundary of a track lies.

Happily, there was a change for the better in 2014 as some corners were designated ‘special cases’ and drivers who cut the corners were punished. A particularly effective clampdown took place in Austria where many drivers had lap times deleted in qualifying for going off the track.

While a questionable view remains that in some cases at some corners there should be no punishment for going off the track, this is an opinion which is increasingly being challenged.

Vettel in a turbo Ferrari (early) Months before his move to Ferrari was announced, Sebastian Vettel had a run in the team’s last turbo-powered car. Hats off to Red Bull for allowing him to be seen in a rival team’s colours.

Since then he’s driven one of the team’s more recent cars. The dreadful accident suffered by Jules Bianchi in Japan was unquestionably the low point of the season. Formula One did itself credit with the show of support for his Marussia team at the following race.

F1’s spate of crazy rules continued into 2014. As well as bring the first season with double points for the last race, another plan was cooked up to introduced standings starts after Safety Car periods. Happily, both have been dropped for next year.

And speaking of which…

Formula One really dodged a bullet here. Had the identity of the drivers’ champion been determined because of double points in the final race, the cost to its credibility would have been huge. Happily it didn’t, although it did have a minor effect on the final championship finishing positions.

A fair fight at Mercedes Make no mistake, had Mercedes in 2014 operated the kind of arrangement Ferrari had a decade ago, we would have had a far less exciting championship.

The return of an iconic livery Forget the flimsy sponsors’ trinkets, proper trophies are what it’s all about.

The endurance racing star had been overlooked by F1 until Colin Kolles decided to give him a one-off run for Caterham at Spa-Francorchamps. He demonstrated his credentials by out-qualifying the team’s regular driver by almost a full second. Unfortunately a car problem ended his race after one lap. Pirelli must have been pleased to take a break from the headlines in 2014 after last year’s problems. But despite more conservative rubber the variance in tyre strategies often helped open up more possibilities for overtaking which likely wouldn’t have existed even with DRS.

It wasn’t just the opportunistic wins, the brilliant passes or the mile-wide grin. Like his predecessor, Ricciardo proves that professional sportspeople are not required to be dull corporate automatons.

Here’s an example from the FIA’s end-of-season press conference:

Q: We’ve had some more Twitter questions. This one comes from Oliver Jones who asks whether you have any superstitions before a race?
DR: I do not.
Q: Is it just not part of your make-up?
DR: For me it’s just an excuse from something else to go wrong. You can blame it on ‘ah, I didn’t do that’. It just fills your head full of crap to be honest. I don’t like superstitions. Sorry if you guys have ’em!
Q: I do a lot of work in Moto GP and they have so many superstitions…
DR: Yeah, that’s a bit sad!

What do you think made F1 great in 2014? Have your say in the comments.