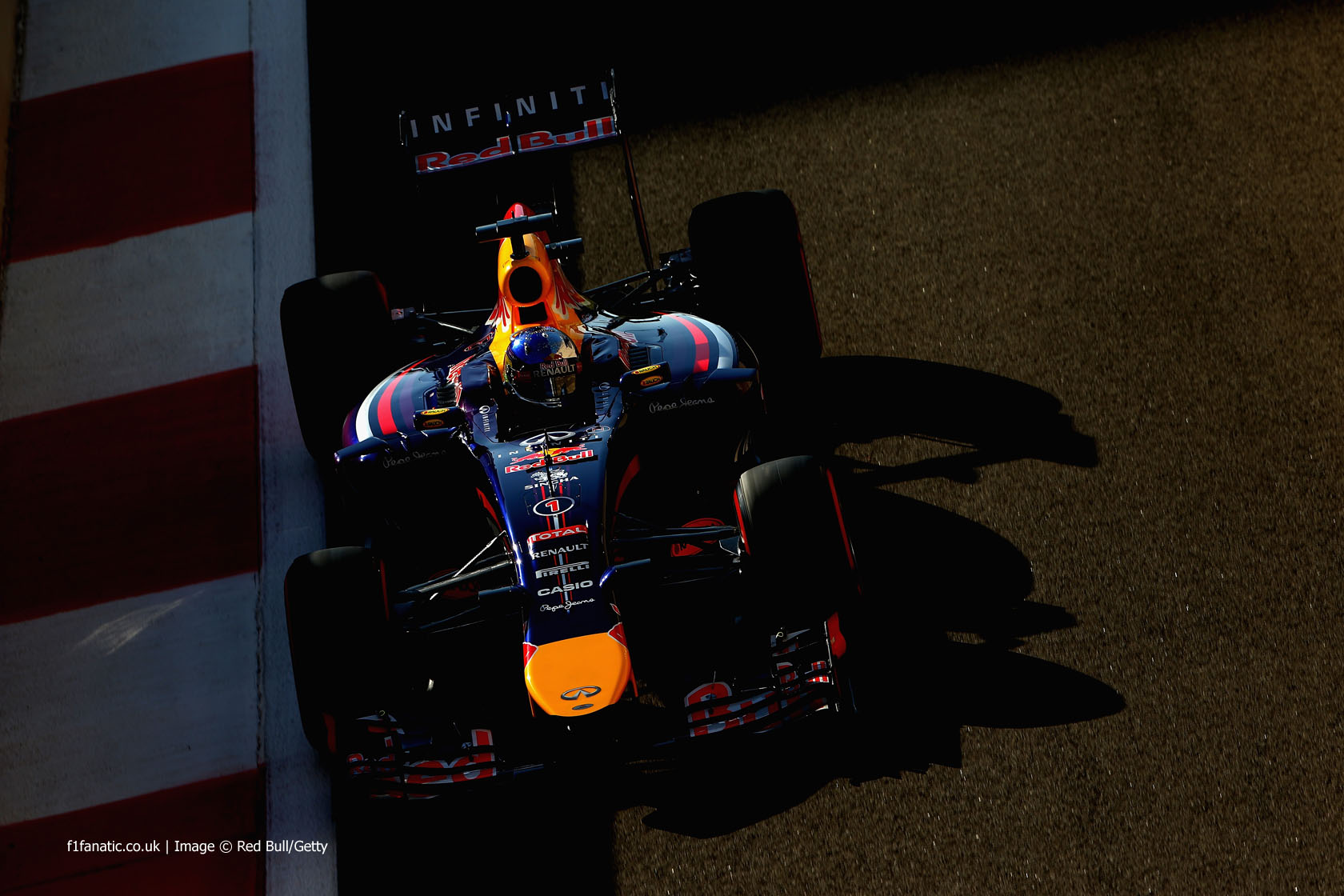 Both Red Bull drivers will start the Abu Dhabi Grand Prix from the pit lane after changing their front wings ahead of the race.

Daniel Ricciardo and Sebastian Vettel were excluded from the results of qualifying yesterday after their front wings were ruled to move too much under load.

Both drivers were permitted to start the race from the back of the grid, but are now required to start from the pit lane due to the change to their cars.

“As the above parts are different from the ones originally used, car numbers 01 and 03 should now be required to start the race from the pit lane according to Article 34.6 of the 2014 Formula One Sporting Regulations,” noted FIA technical delegate Jo Bauer.

The stewards also confirmed Romain Grosjean must serve a drive-through penalty within the first three laps of the race as he was unable to serve 16 places of his 20-place grid penalty.