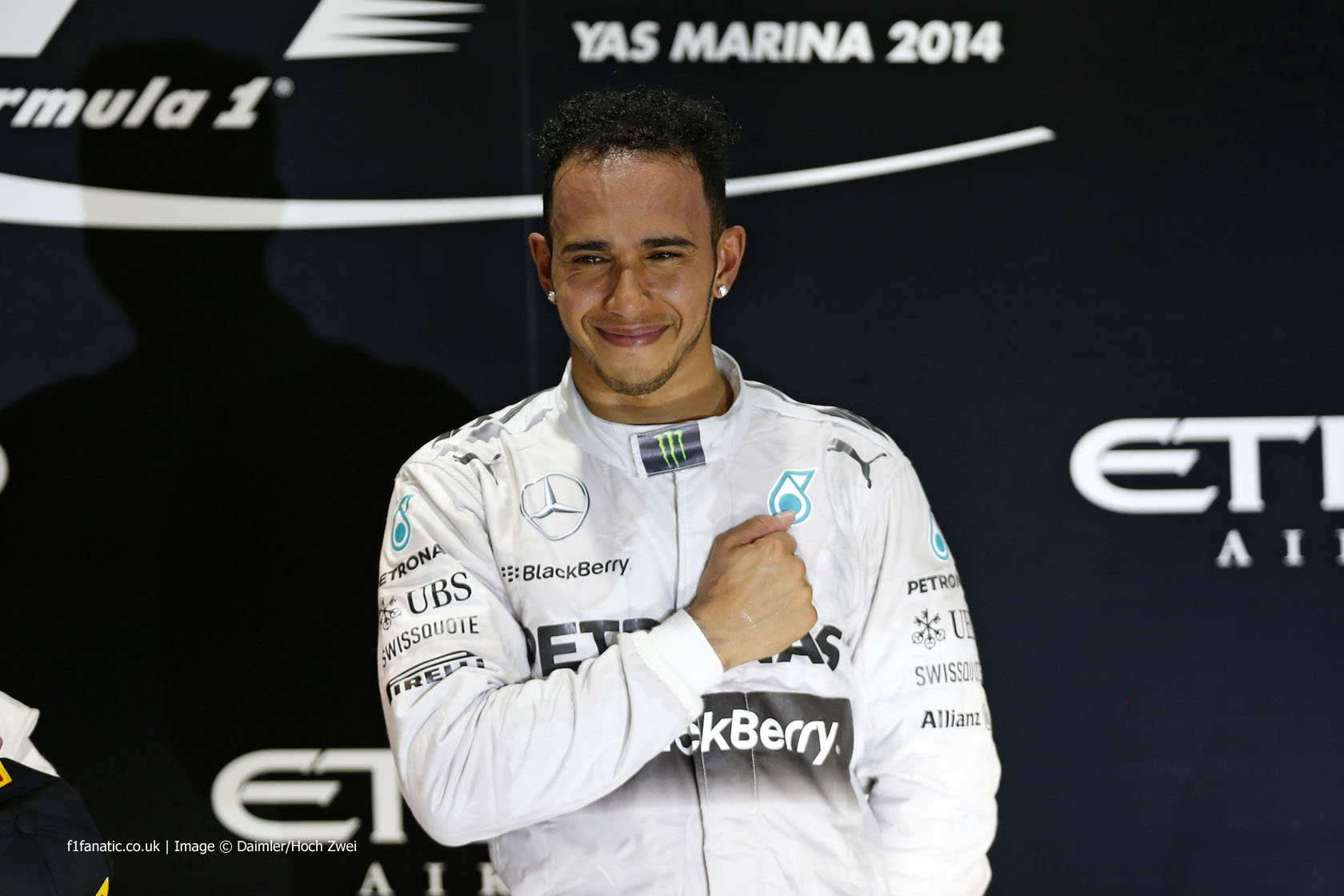 Lewis Hamilton says he has adopted a more mature approach which helped him come to terms with this year’s biggest challenges – such as the collision with his team mate in the Belgian Grand Prix.

The incident at Spa-Francorchamps was a major turning point in the season as Nico Rosberg regained the initiative in the championship while Hamilton failed to score.

“Spa was a low moment,” Hamilton admitted in the press coference after the race. “It was a very difficult scenario to be in and going back years ago, I wouldn’t have reacted the way I did this year.”

“I would have chosen another way which wouldn’t have been a positive and I guess with age, as I said, and just maturing and having a different perspective on life, I think I handled it a different way, I really thought for the following days and really turned my focus to a different area.”

Following that setback Hamilton won the next five races in a row which put him back in the lead of the championship. “I came back to the next races with a slightly different approach,” he said, “I won’t explain exactly what I did because I need to bring it to the next races next year but I did tweak some of my approach throughout the weekend which helped me get those wins.”

“I’ve still got some improvements to make, qualifying was good this year but could be better,” he added. “It would make it much easier if I could get qualifying sorted because the race pace is very much there.”

Hamilton also paid tribute to his Mercedes team from ensuring a level playing field between him and Rosberg. “The team has been amazing. It’s been very hard for them.”

“They’ve wanted both of us to win, having to be very balanced but ultimately they’ve done an exceptional job. It is a great group of people in this team; there’s a lot of love in this team, a lot of passion and it’s been a real privilege to work with these people.”

Hamilton admitted it had been an “intense” season for him and Rosberg but said it had not damaged their relationship. “We’ve had a friendship or a relationship that we built a long, long, long time ago, so that will always be there,” he said.

“He was a very, very fierce competitor this year, he did an exceptional job. He’s going to be quick for a long time. I’ve got to pick up my qualifying pace for next year. It could have been either one of us today. Obviously we both wanted it.

“But I think with our relationship, we’ll continue to try to lift the team up, we’ll work together as we have done all year long. Perhaps things naturally will ease up a little now. He was graceful enough to come up to me and see me after, which I really appreciated. It was really big of him to be able to do that. It’s very, very tough, I know what it’s like losing a championship so, for sure, we’ll keep working at it.”

“I fell to a low that I couldn’t control” Hamilton’s second world championship victory was the fourth time in eight years he has gone into the final round of the championship with a shot at the title. He revealed the thought of losing the championship had played on his mind before the race – particularly the memory of his near-miss in his rookie season.

“2007 was a very bad experience,” he said, “obviously losing the championship I fell to a low that I couldn’t control”.

“[In] 2008 came back, fighting in the championship, Felipe [Massa] won the race, won the championship for a second and then obviously what happened in the last corner, I got it back and for me I’d lost it, won it, lost it and, whilst it was a great experience, my emotions were shot.

“I don’t know, that year, I was just immature. I didn’t have the knowledge that I have now. Didn’t approach the race the same as I did today. Today I went in… normally you go in butterflies in the stomach, a bit nervous, today I was going into the race thinking ‘I feel extremely calm’, which is really weird. Is that a good thing or a bad thing? Obviously it was a really good thing.

“Last night sitting there thinking, Jeez, tomorrow is the day. We could go into the race, something could happen to the car and that would be the championship done. Naturally just thinking of all the negative things possible, y’know? And working really hard to bring the positives into it. I brought that today.

“I think really that knowledge and experience got me through the race today. Looking after the car. Battling to the point where I’d got the championship in a good position and then, obviously it helped that Nico’s car was not performing properly so, when he fell out of the points, I knew that I could fight with Felipe and that was the most fulfilling experience I have to say.”