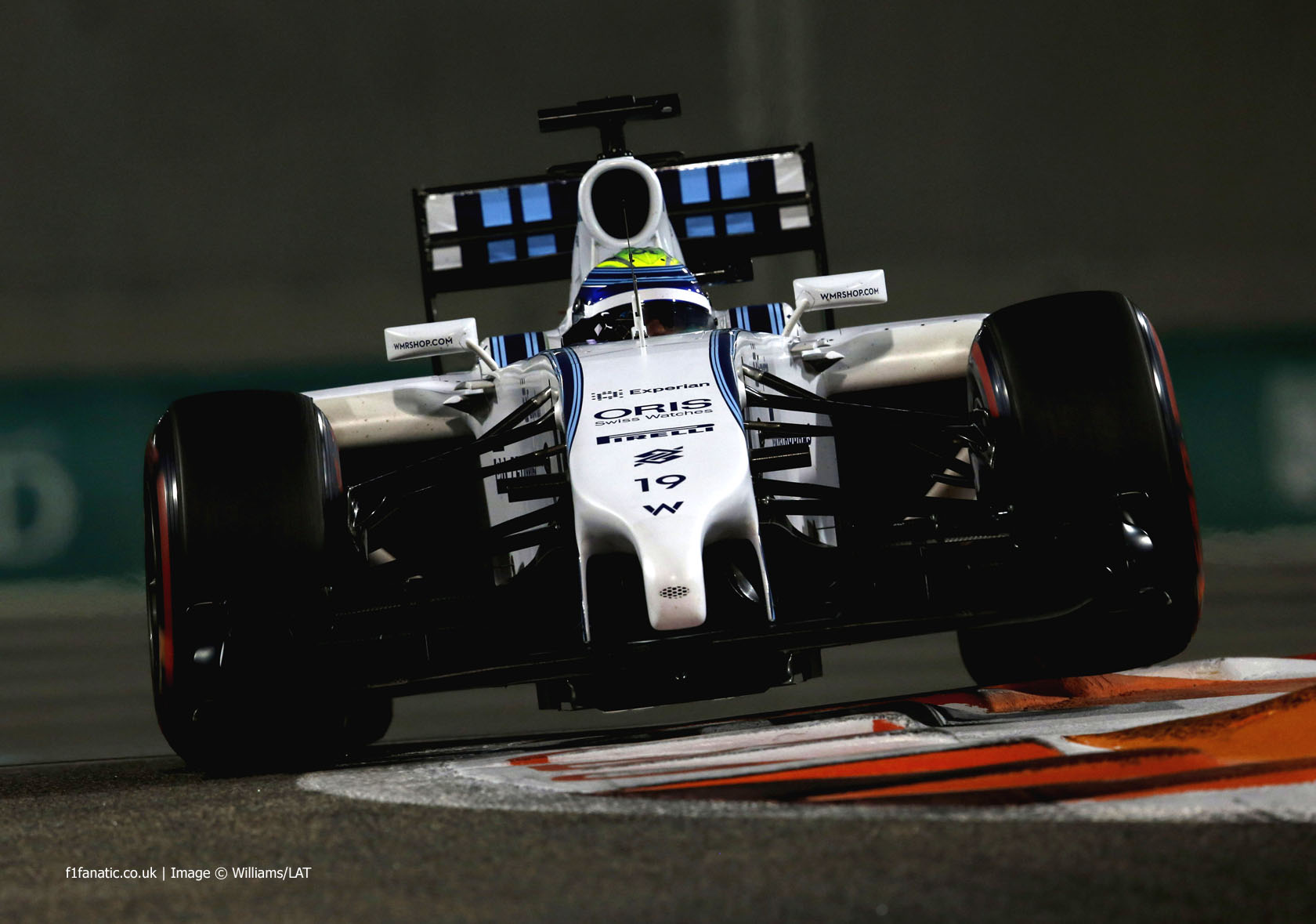 Although Pirelli brought their soft and super-soft tyres for this year’s Abu Dhabi Grand Prix, the harder generation of compounds in use this season meant the race was quite similar to last year’s in terms of the strategies used.

For most drivers it was a case of starting the race with a short stint on the option tyre (super-soft this year, soft last year) and spending the remaining two stints on the prime (soft this year, medium last year).

Inevitably those who deviated from this were those with the most to gain from taking a risk, particularly the two Red Bull drivers. But even for them the performance benefit from new tyres was not significant enough to make a three-stop strategy worthwhile.

Felipe Massa made a late deviation from the normal strategy – and one which gave him a chance to win. While Nico Rosberg dropped back and Lewis Hamilton drove more conservatively as a result, Massa had successfully extended his first two stints which gave him the chance to revert to the faster super-soft tyres for a short final stint.

But although he took eight seconds out of Hamilton during the final stint, Massa didn’t think the win was on. “It was a close race,” said Massa, “I didn’t think the victory was there, but it was so close at the end”.

One overlooked aspect of pit strategies this year is how teams have mastered the art of quick, consistent and reliable four-wheel changes. There have been few repeats of the problems we saw teams experiencing last year when problems during the pit stops caused cars to lose wheels.

Remarkably, the seven fastest pit stops during today’s race were performed to within one tenth of a second of each other by five different teams. At both this year’s race and last year’s 40 individual pit stops were performed, and while last year 18 were within a second of the best, this year that number rose to 28 – and would have been one higher but for Nico Hulkenberg’s five second penalty.

Even the Caterham crew, who had an excuse for being rusty having missed the last two races, managed to perform one of those stops. Remarkable work all round.

The tyre strategies for each driver: