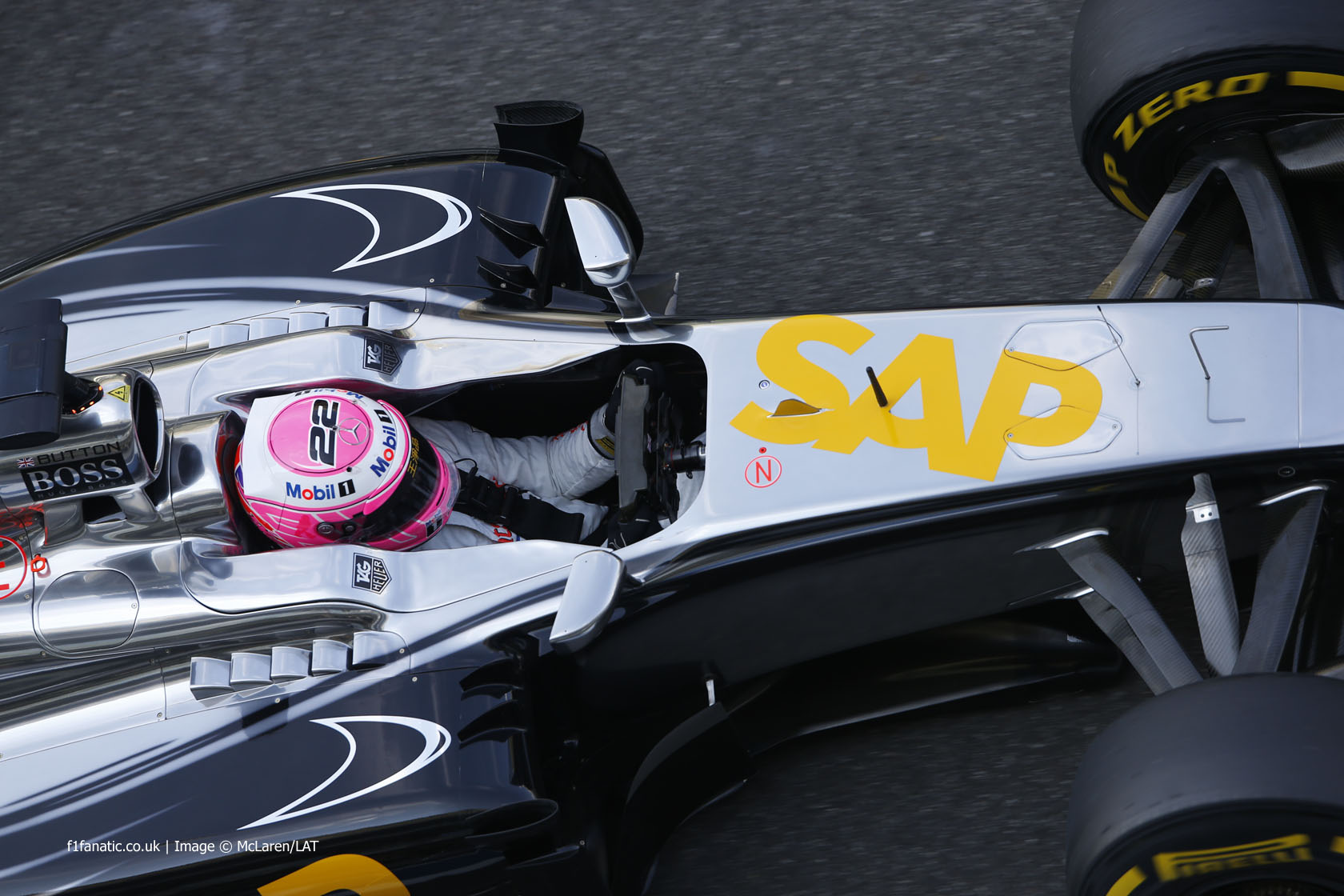 Jenson Button said a mid-season change of race engineers made for a “tricky” phase in his campaign this year.

“I’ve had a good end of the year,” Button told reporters after the final race of the season. “Start of the year was great, middle of the year a little bit tricky – had a lot changing in terms of my engineers, were changed during the season.”

“Worked with Dave [Robson] so many years and I had a good partnership. That was a bit of a surprise but now I feel we’re on top of that and Tom [Stallard] and Bernie [Collins] are doing a great job. It just always takes a bit of bonding and what have you but it’s great now.”

Button finished fifth in Abu Dhabi – which turned out to be a crucial result as he was followed home by the two Force Indias, who were McLaren’s closest championship rivals.

“It’s all the car would give me,” said Button. “I finished fifth and I think that’s as much as the car was going to do. Luckily we finished fifth because we would have lost out in the constructors’ championship to Force India.”

However it remains to be seen whether Button, currently F1’s most experienced driver, will be retained by McLaren next year. “A perfect way to end the season,” he concluded, adding, “hopefully it’s not my last”.

34 comments on “Button surprised by mid-season change of engineers”