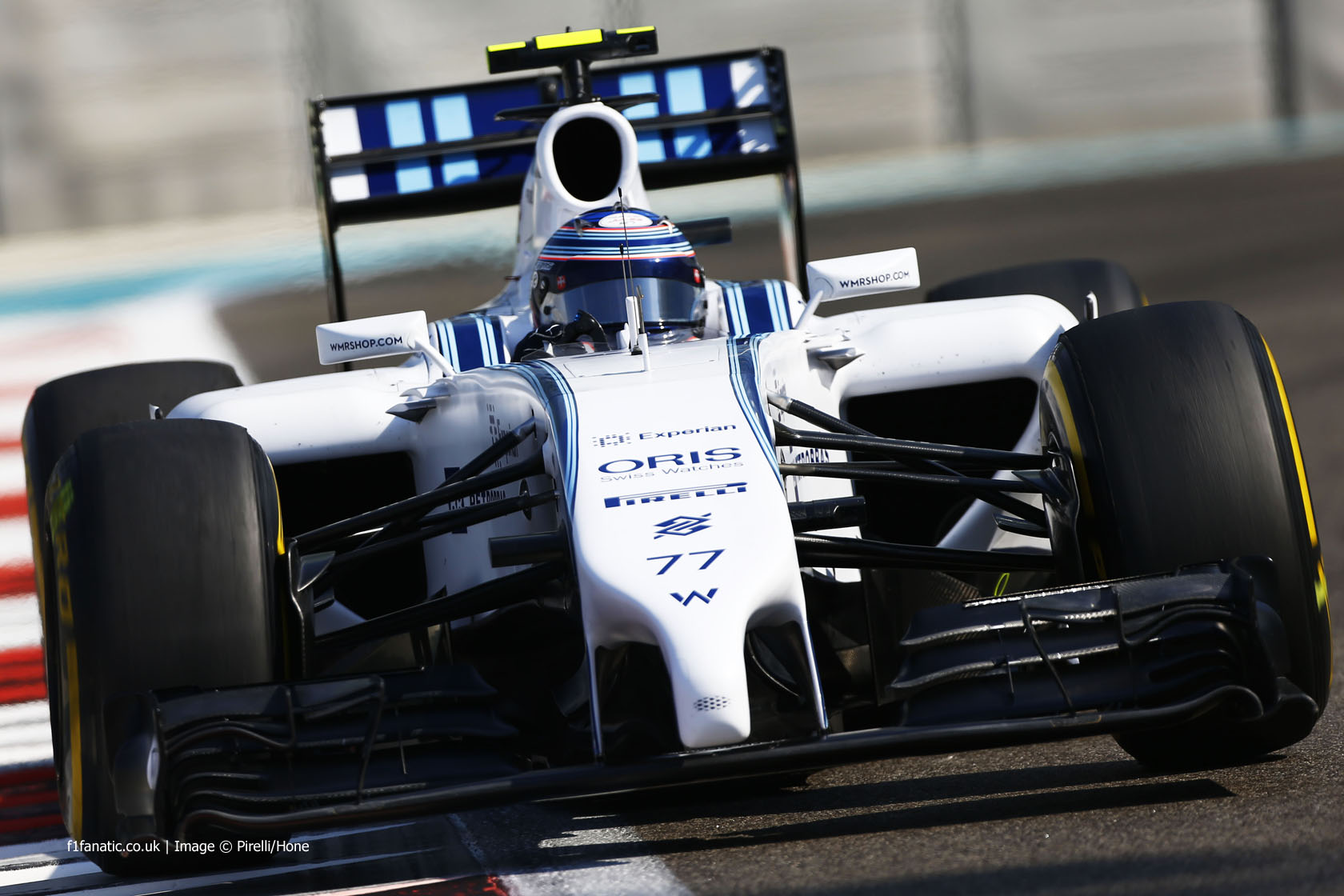 Nico Rosberg admitted he was hoping one of the Williams drivers would join him on the front row for the Abu Dhabi Grand Prix.

Rosberg took pole position for the race but needs to win with Lewis Hamilton finishing third or lower to take the championship. Valtteri Bottas was two-tenths of a second down on Hamilton in qualifying.

“Of course I was hoping, who knows, Valtteri said he got his perfect lap together so there wasn’t anything else in that,” said Rosberg. “Of course it would have been great if somehow there could have been a Williams between the two of us but that can always happen tomorrow.”

Rosberg joked he’d offered to put Bottas up in a spa overnight “hoping he can be extra-special and do the impossible tomorrow” by beating Hamilton.

“For sure starting first is a great place to be and it should be a good start,” Rosberg added.

“It was a great day again today, for sure, and I’m thankful to the engineers and everything because did a good job sorting out the car, I was really happy with the set-up. It all worked out well, got a good lap together in the end, pleased with that.

“But of course it’s only one step, a very small step. Because this weekend it’s about the championship, not about pole position or anything.”

10 comments on “Rosberg hoped a Williams would beat Hamilton”