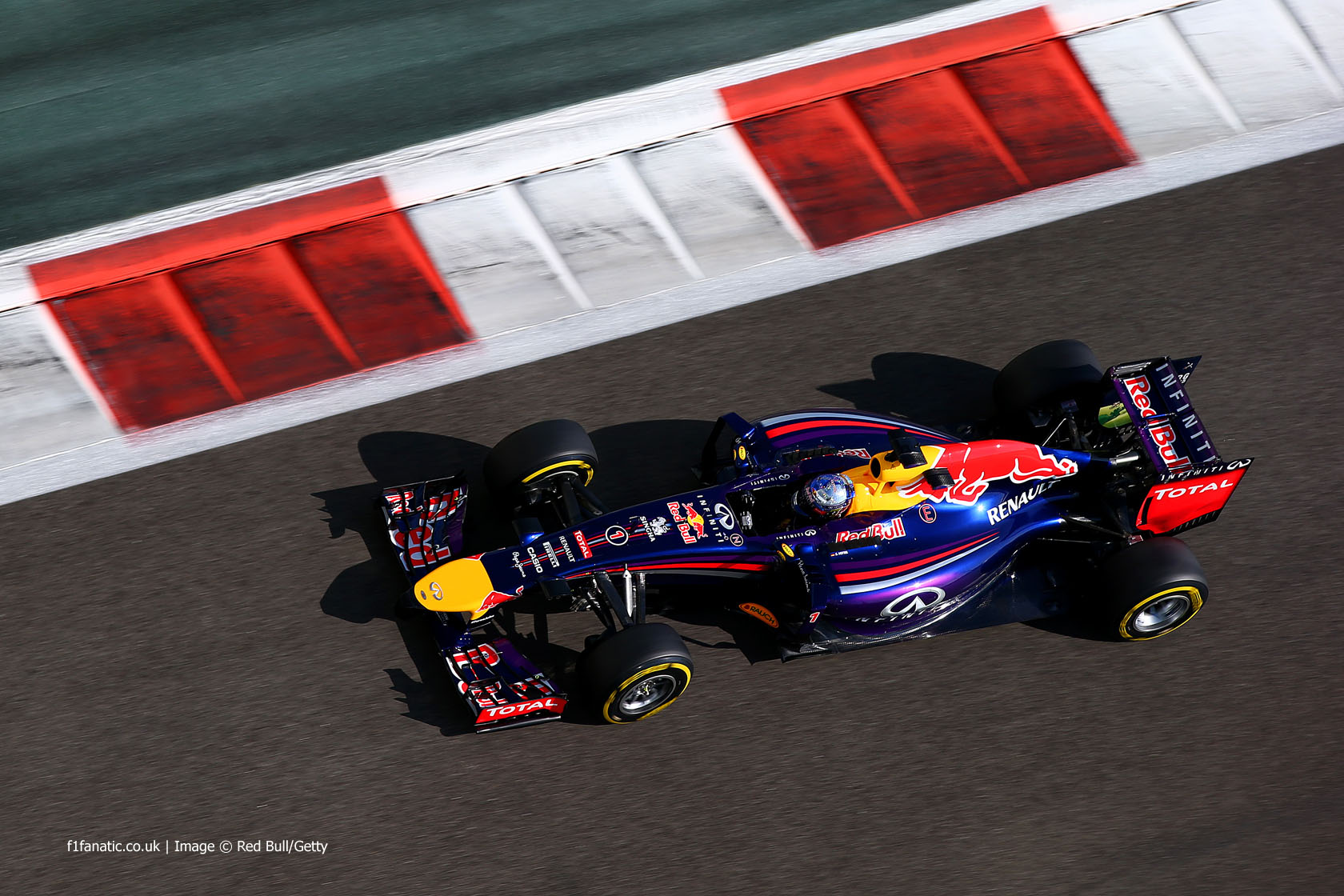 Red Bull drivers Daniel Ricciardo and Sebastian Vettel have been excluded from the results of qualifying after the stewards ruled their cars do not comply with the technical regulations.

In response the team claimed their rivals have interpreted the rules in the same way and they have been “singled out” by the stewards.

The front wings on both RB10s were found to flex beyond the degree permitted by article 3.15 of the technical regulations by the FIA’s. The article states bodywork which influences the car’s aerodynamics “must remain immobile in relation to the sprung part of the car”.

Bodywork is tested for compliance by means of a 1,000 Newton load which when applied to the surface must not cause a deflection of more than 10mm.

However Red Bull said they are “disappointed that we have been singled out for a front wing deflection test when it is clear that other teams are interpreting the rules in a similar fashion”.

“The team accepts the decision of the Stewards and will start the race from the back of the grid,” Red Bull added in a statement.

Both drivers will be allowed to start from the back of the grid.