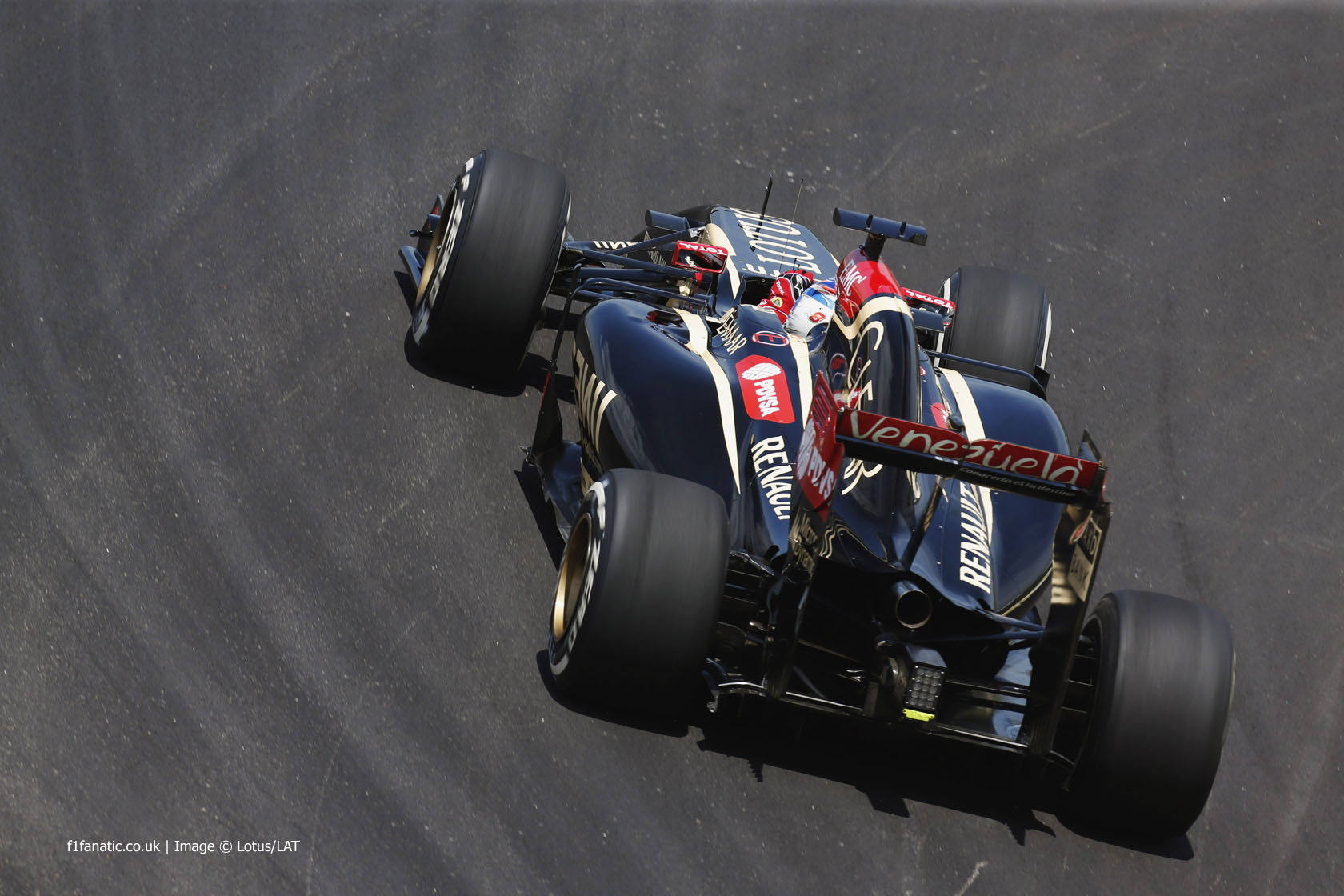 Romain Grosjean will be relegated 20 places on the grid for the Abu Dhabi Grand Prix and will have to carry out further penalties during the race if he is unable to serve it in full.

The Lotus driver will use his sixth internal combustion engine, turbocharger and MGU-H this weekend. He therefore earned three grid penalties of ten, five and a further five places for the infractions, giving him a total grid penalty of 20 places.

The stewards also ruled that if Grosjean is unable to serve the entire penalty this weekend – which is certain as there are only 20 cars in the field – he will serve other penalties during the race instead as follows: