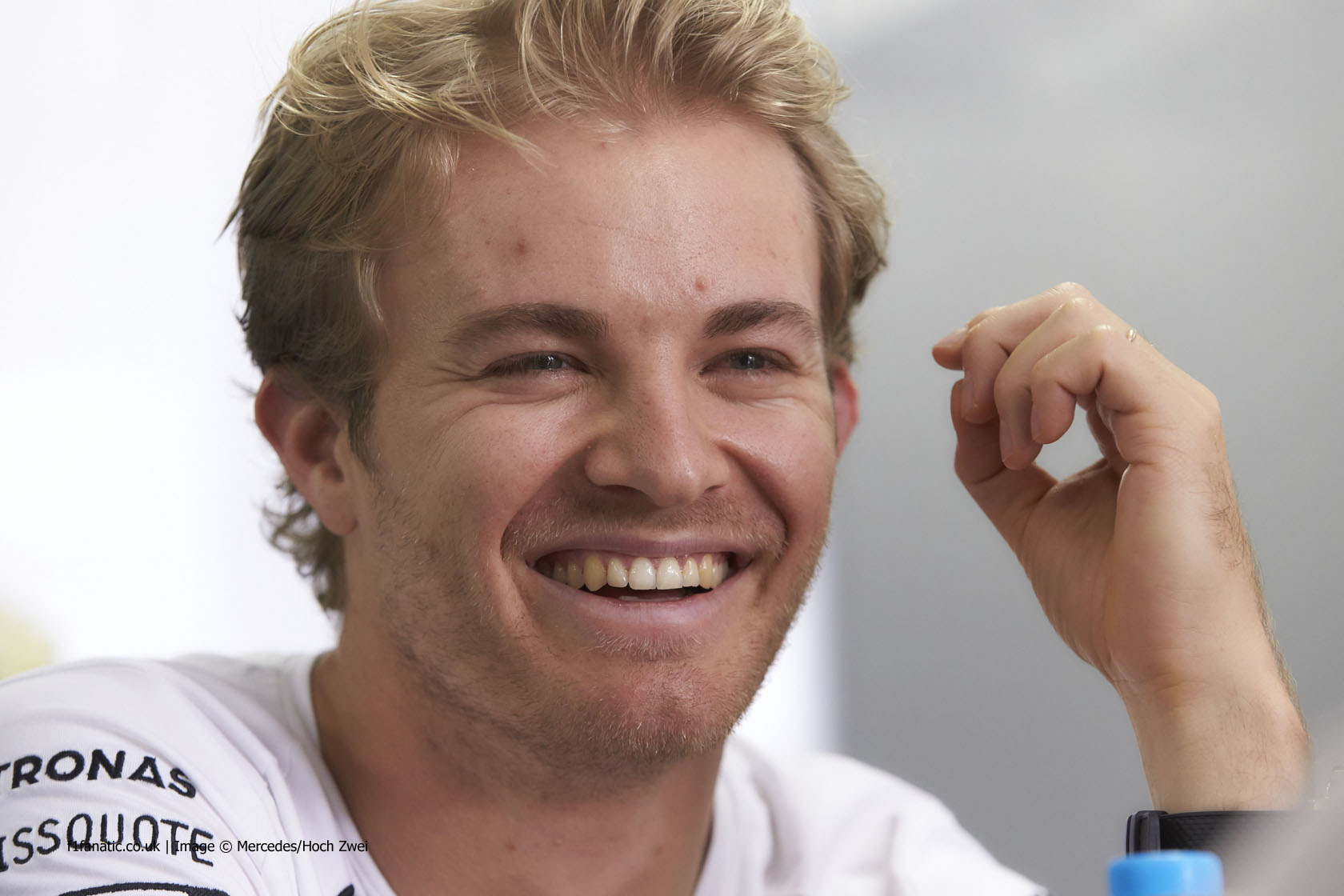 Nico Rosberg says he needs some “help” from his team mate to win the championship this weekend.

Rosberg will be champion if he wins this weekend’s race and team mate Lewis Hamilton finished in third place or lower. However Mercedes have rarely finished behind any of their rivals this season and scored a record eleven one-two results.

Rosberg said he wasn’t feeling pressure ahead of the title decider but expects it to be “an intense weekend”.

“For sure, I wouldn’t use the word ‘pressure’ but it’s going to be intense, a great battle. I look forward to it, that’s what I’ve been working towards for a while now, for this sort of chance, this last race here.”

“Lewis is a great competitor, an opponent. It will be hopefully a great end to the season. Of course I’m here to try and win the race and then I need a bit of help from Lewis that he doesn’t finish second. That’s it so I’m hoping Lewis can come up with something.”

However Rosberg believes it is not impossible that another competitor could finish between him and Hamilton because of the difficulties of overtaking at the Yas Marina circuit.

“Of course a lot of things can happen,” he said. “It can happen as easy as a Williams, for example, having a great start and slotting between us two and this track is one of the most difficult to overtake.”

“We were looking at that this morning, the speed difference you need to have to overtake the guy in front is really very big at this track. And so that would be one opportunity, for example. There’s many scenarios so as I say I’m optimistic.”

38 comments on “Rosberg: “I need a bit of help from Lewis” to win title”