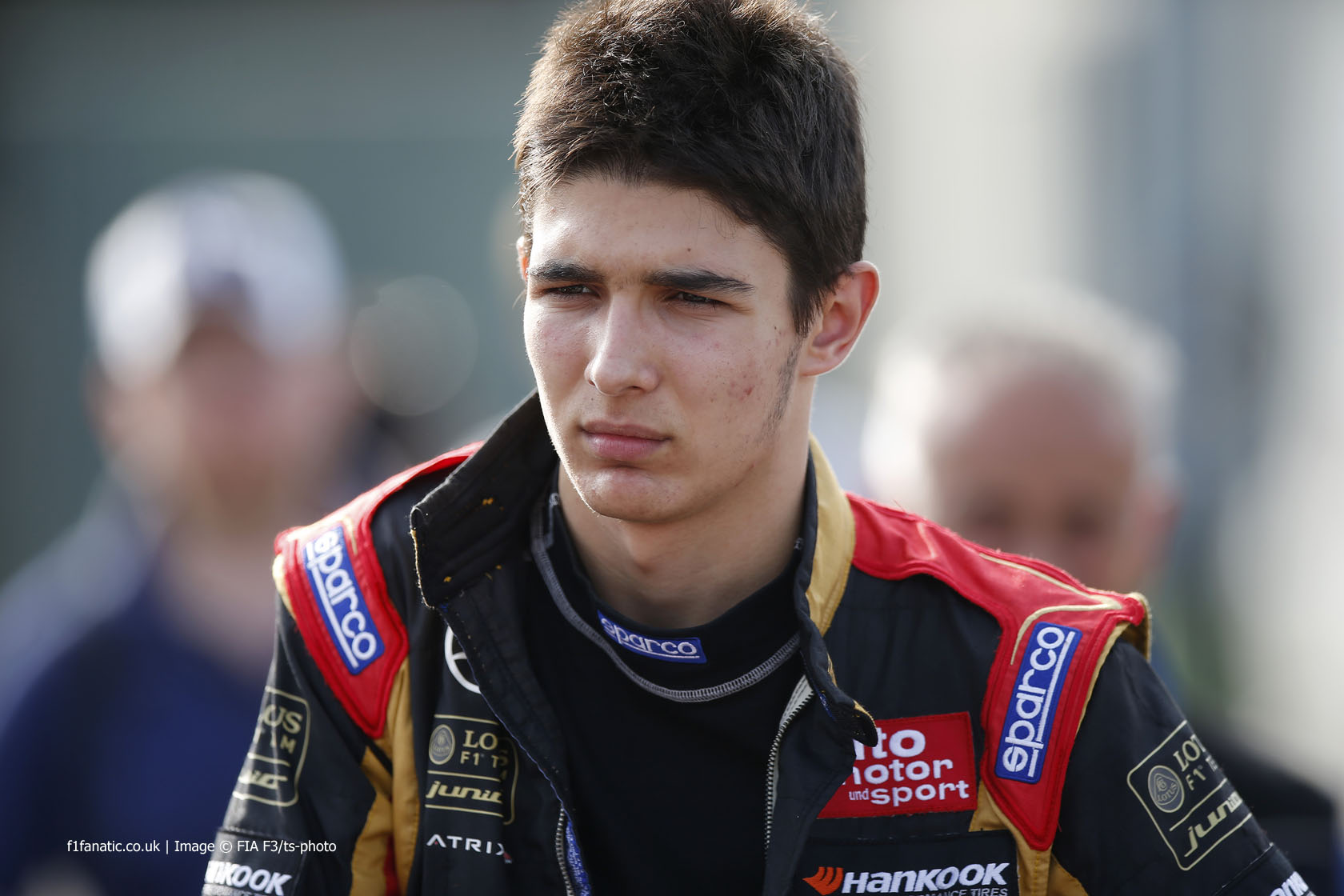 Two new drivers will make their Formula One debuts during the first practice session for the Abu Dhabi Grand Prix.

European Formula Three champion Esteban Ocon will drive for Lotus in the first practice session at the track. The 17-year-old will also drive for the team in next week’s test, along with Charles Pic.

Ocon tested a 2012-specification Lotus at Valencia last month, and tomorrow’s run will be his first experience of a 2014 car and the Yas Marina Circuit. The Lotus junior driver has also tested for Ferrari this year.

Deputy team principal Federico Gastaldi described Ocon as a “superb young talent” and said the team are “particularly excited to give him this opportunity”.

“He impressed all our engineers when he drove for us in Valencia, but this will be another step in his development programme.”

Meanwhile Adderley Fong will also make his first appearance in a Formula One practice session for Sauber. Like Ocon he also drove a two-year-old car at Valencia last month.

“I am very excited about my Formula One debut in Abu Dhabi, but also at the same time a little bit nervous,” said the 24-year-old.

“Last month I drove the Sauber C31 for the first time in Valencia, and it was good to get the mileage to be able to familiarise myself with the speed of a Formula One car. Obviously the C33 is a bit different, as it is a new generation car with a 1.6-litre V6 turbocharged engine. It will be interesting to see how the ERS and the brake-by-wire systems work.

“As I will have only 90 minutes in FP1, I will not have a lot of time to get used to the car. However, being able to drive during a Formula One weekend is a great privilege, and I am very happy to have the opportunity. It is good that I already know the track as at the same time here last year I did a GP3 race.”

4 comments on “Ocon and Fong to make practice debuts”