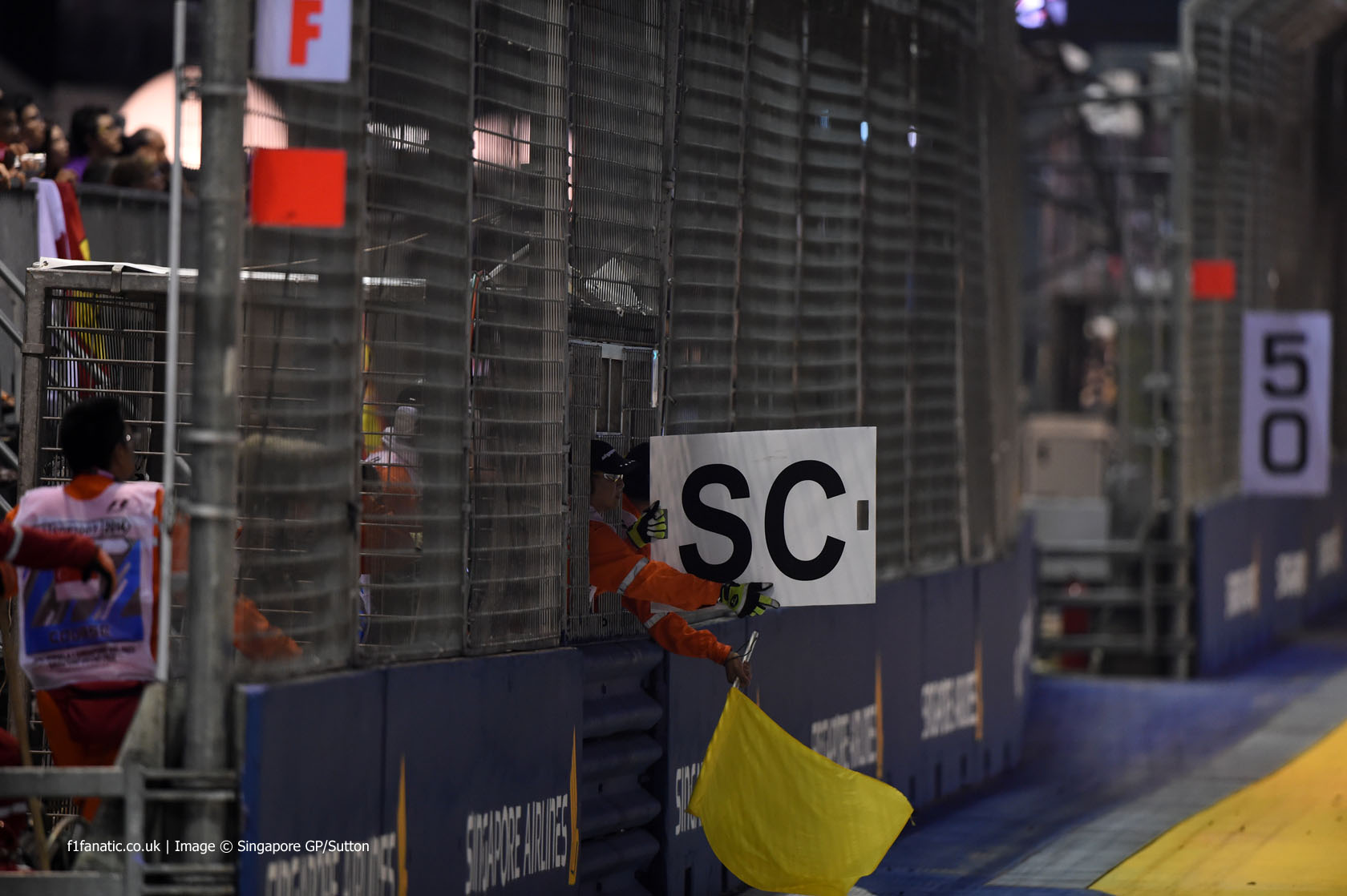 Formula One will test a new safety solution this weekend, similar to the ‘slow zones’ used at the Le Mans 24 Hours.

The tests will be conducted following first and second practice. Drivers will have to reduce their speed to a maximum of 80kph (50mph) through two consecutive ‘double yellow sectors’. The Yas Marina circuit has 31 separate sectors for marshalling purposes.

Drivers will be shown a red triangle warning on the light panels prior to the beginning of the restricted speed area. The light panels in the zone itself will display ’80’ with a flashing yellow border to indicate the speed limit.

The speed of any drivers who are already in the sector when the limit is activated will not be monitored.

The FIA described how the test will work:

There will be a speed limit test at the end of P1 and P2. The procedure will be as follows:

i) All cars on the track when either of these sessions finish may complete a further two laps and cross the line on the track for a second and a third time.

ii) As soon as the last car on track has taken the chequered flag for the first time two consecutive double yellow sectors will be activated. A few seconds later these light panels will change and show ’80’ with a flashing yellow border. The panel at the start of the sector prior to the first “80” will show a warning sign (red triangle) which is to alert drivers to the fact that at the next panel they will have to adhere to an 80km/h speed limit.

iv) Once every car has been through the double yellow sectors the track status will revert to ‘Clear’ and the three panels concerned will show green for approximately 10 seconds.

The FIA has evaluated potential new means of slowing cars when incidents occur on the track following Jules Bianchi’s crash in the Japanese Grand Prix. A previous test of a ‘Virtual Safety Car’, where drivers had to reduce their speed to stay above a target minimum lap time, drew some criticism from drivers.

The use of 60kph ‘slow zones’ was successfully introduced at this year’s Le Mans 24 Hours: