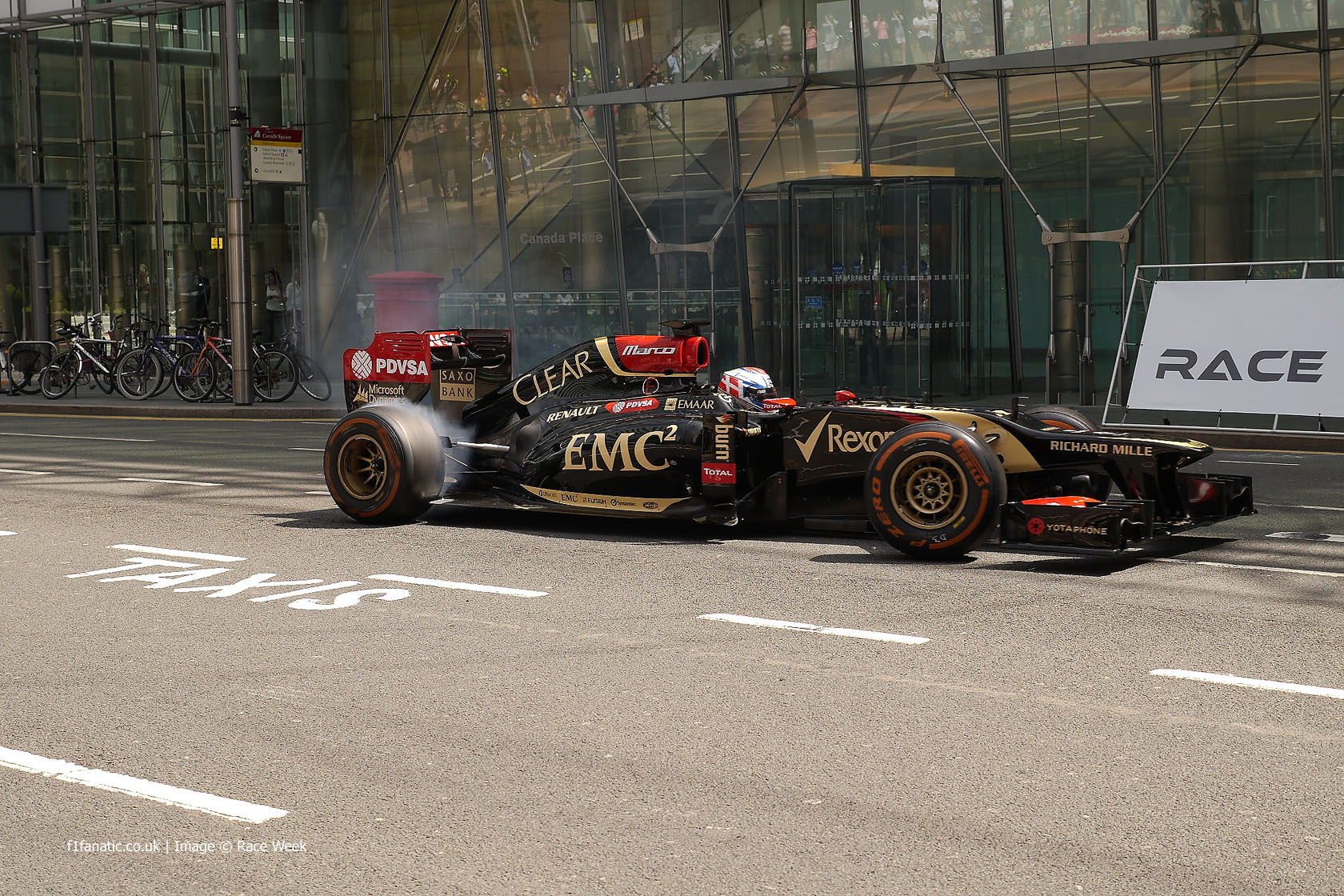 In the round-up: A change in the law to allow racing on public roads in Britain could pave the way for a grand prix in London.

Motorsport to be allowed on Britain’s public roads, No 10 announces (The Telegraph)

“The race is a dearly-held ambition of Bernie Ecclestone, the 83-year-old motorsport supremo, and Jenson Button, the driver, in a spectacle to rival the Monaco Grand Prix. Ecclestone has previously said he would be prepared to foot the bill for race, given it could even overtake Monte Carlo as the jewel in Formula One’s crown.”

“Speaking to German women’s magazine, Neue Post, [his wife] Corinna was quoted as saying: ‘It’s getting better, slowly certainly, but in any case it’s improving.'”

“The fact that Mercedes’ main rivals – Red Bull, Ferrari, and Williams – have joined McLaren, Lotus and Marussia so far in saying they are happy for the systems to stay on board for 2014, proves that there is no plot to slow the Brackley-based outfit.”

“[Kimi Raikkonen] did not join in a safe manner as he was at a speed the FIA has admitted was too high, and he was also not in control of his vehicle as the manner in which he rejoined the track resulted in an accident entirely of his making.”

We are over the Moon. It was very special to share our wedding day with our closest friends and family. pic.twitter.com/kLYTkq179y

The FIA’s explanation for why Kimi Raikkonen was not punished for rejoining the track in an unsafe fashion at Silverstone drew some criticism:

“The governing body believed that any other driver would have rejoined the track in the same manner.”

So, if everybody ignores red lights, ignoring red lights is legal and the right thing to do.
Imre (@F1mre)

Five years ago today Mark Webber scored his first F1 win in the German Grand Prix, despite picking up a drive-through penalty on the way: