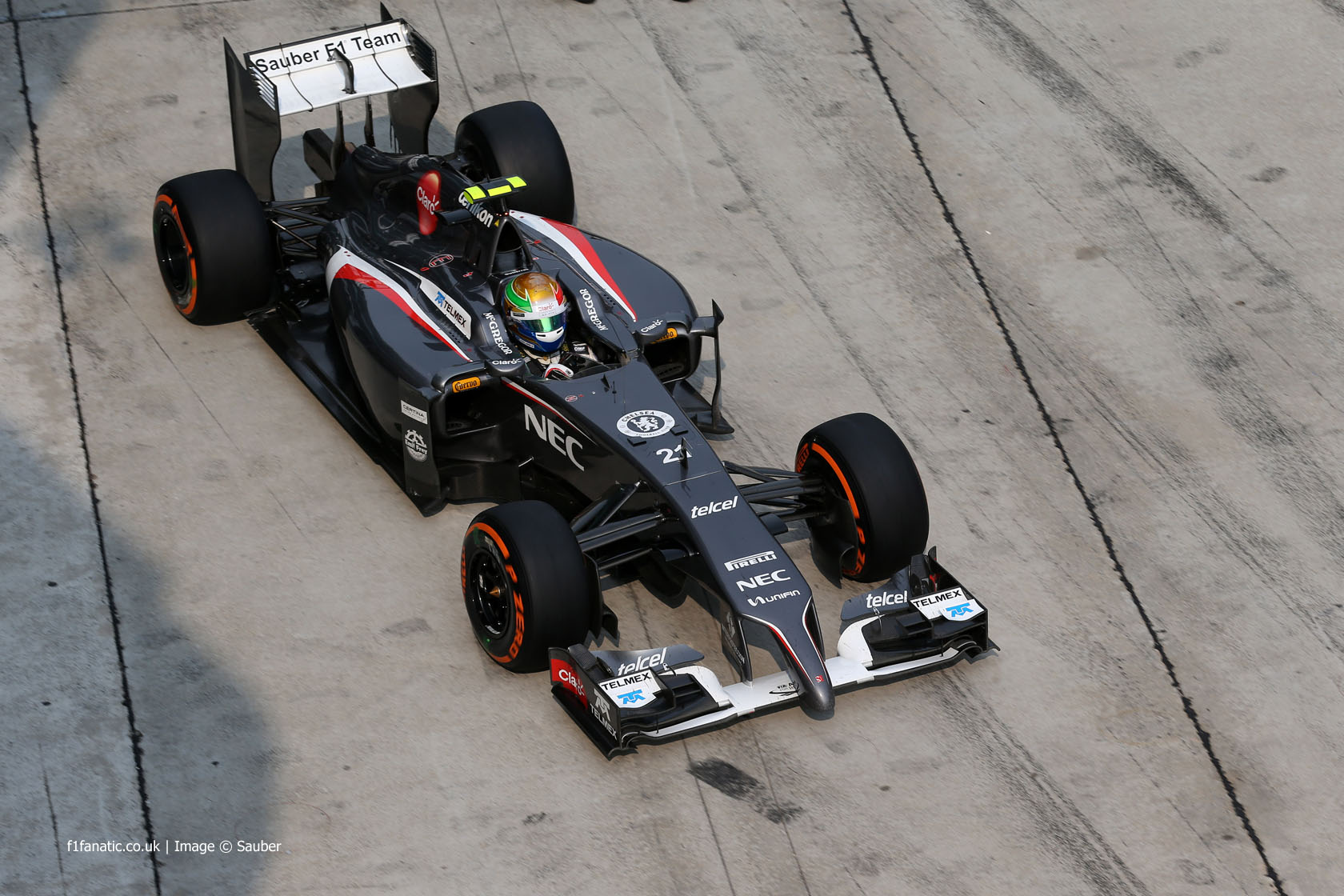 Sauber will replace Esteban Gutierrez’s chassis for next week’s race in China following his collision with Pastor Maldonado during Sunday’s Bahrain Grand Prix.

Gutierrez’s car rolled over in the impact but the team intend to repair the chassis.

Maldonado said he had spoken to the Sauber driver, who was taken to hospital following the collision. “We have been in touch,” said Maldonado.

“I think it was a misunderstanding from both sides. He was out of line in the entry of the corner and I was completely committed to the corner. He said that he didn’t see me, and I didn’t expect him to turn in.”

Gutierrez and Sutil will both benefit from “minor updates” on their C33 chassis at this weekend’s race.

Giedo van der Garde will have another run for the team during the first practice session on Friday, taking over from Adrian Sutil.

46 comments on “New chassis for Gutierrez after Maldonado crash”