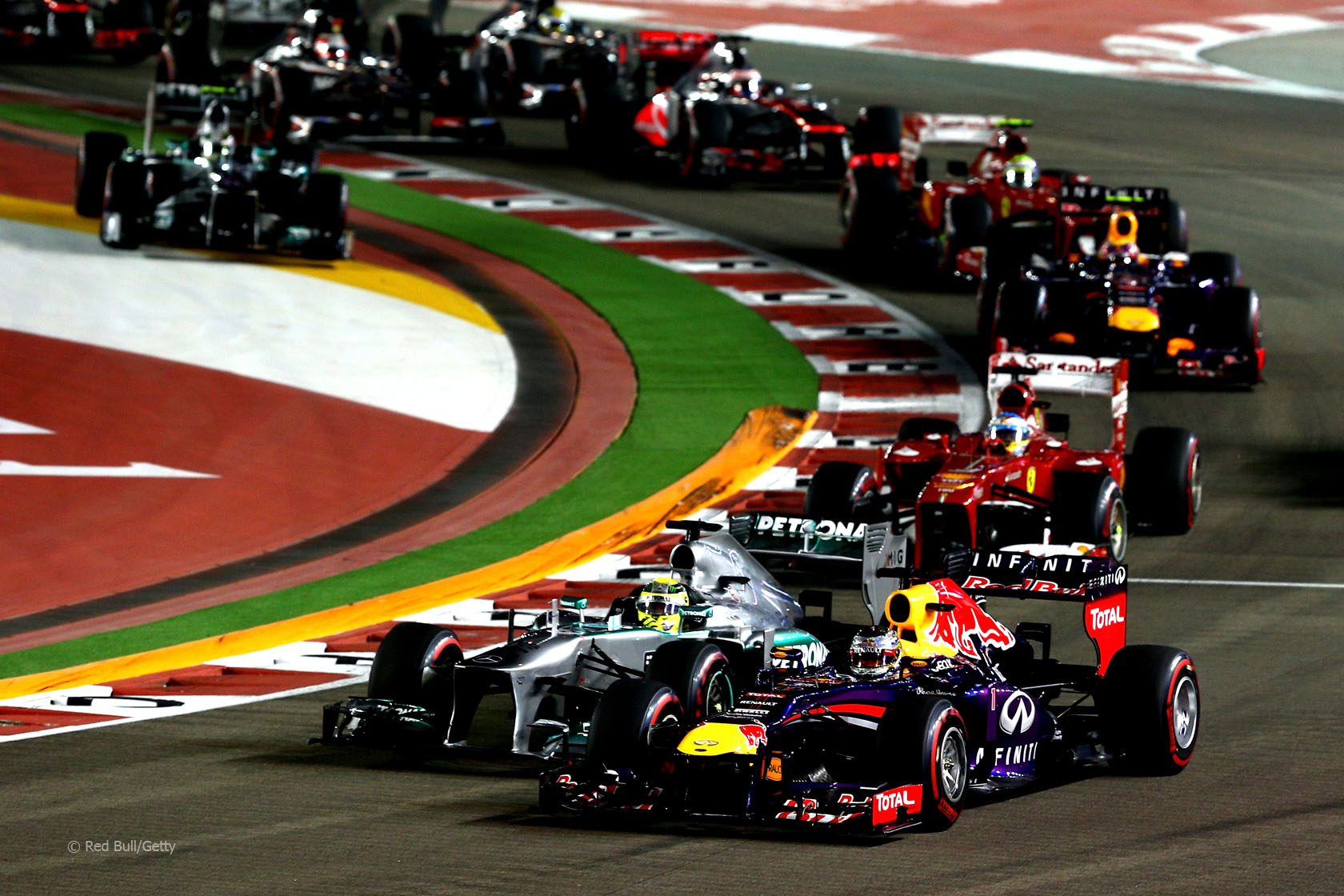 Formula One’s efforts to liven up the racing failed to keep viewers excited during the 2013 season.

This year’s 19 races had a lower average rating* than those during the 2010 season, the last before the introduction of DRS and the current generation of rapidly degrading tyres.

Part of the reason for the fall in ratings will no doubt be the fact that the drivers’ championship was decided several races before the end of the season. But that was also true in 2011, which had a higher score than this year.

And for the most part the 2013 season did not benefit from one ingredient which tends to produce highly-rated races: rain. The wet weather tyres were not used all year in a race, and intermediates only made a brief appearance in the opening laps of the Malaysian Grand Prix. Apart from that it was a dry year on race day.

The highest rated race of the year had a score of 7.8, a lower score than eight races achieved last year.

The 2014 season is likely to see a major shake-up in the competitive order and the nature of the racing as the current generation of normally aspirated V8 engines makes way for more efficient V6 turbo units with powerful energy recovery systems.

Further changes to the racing are also being considered with two mandatory pit stops per race being proposed. However a poll of fans on F1 Fanatic showed a vast majority oppose such a change. A score of 7.144 out of ten meant the Brazilian Grand Prix was comfortably above the season average.

Those who hoped the wet conditions of practice and qualifying would continue on race day were to be disappointed. But despite than and both championships having been decided long ago there were several interesting storylines at the final grand prix of 2013.

Local hero Felipe Massa was starting his last race for Ferrari and Pastor Maldonado was making a less emotional farewell to Williams. Sergio Perez also needed to impress potential new employers for 2014 in his last race for the McLaren team.

And of course Mark Webber was saying a final farewell to Formula One.

Much of the post-race discussion was centred on a pair of contentious penalties for Massa and Lewis Hamilton. Here’s what F1 Fanatic readers had to say about the race.

Good race, but not spectacular. Had some exciting parts, like the start, and towards the end with the collision and rush to get into the pits, but as I said, just a good race.

Happy for Button and McLaren to end the season on somewhat of a high.
@Jamiefranklynf1

I think it was probably the best race since the summer break, but still not a classic. Mostly they have been dull, I felt seven was suitable rating.

About the Hamilton/Bottas clash, Finnish commentators made clear that it was Hamilton’s fault, but also that it wasn’t really worth of penalty. Not stating clearly why, perhaps due to Hamilton getting puncture so he lost time there, although of course he was the one who suffered less as Bottas was out of the race.
@Bleu

DRS wasn’t as powerful as I expected it to be, but still neutered the racing quite a bit. The first couple of pre-DRS laps were brilliant.

Disappointed to see Grosjean go out of the race, but that’s how it goes sometimes. He has vastly improved over the season, so I’m confident he’ll carry that over to next season.

Not a Vettel fan, but I found myself egging him on to the record number of wins. The guy really is pure class!

Delighted Webber got a podium in his last race. Look forward to see how he goes in the World Endurance Championship next year.

It was a reasonably good and tense race, not a classic or anything.
@Spud

It was better than some recent Grand Prix but I still wouldn’t class it as a good race.

From all the coverage and forecasts I was hoping it was going to be wet race but it wasn’t, and that disappointment probably affected my overall enjoyment of the race.
@Pja

Webber bowed out of F1 on a high with a fine run to second and several readers are sad to see him go:

For me it’s been a very emotional weekend. I enjoyed this race, but it was more than just the season finale. It was the end of an era for me, personally, a driver I’ve supported since 2007/2008, during my final stages of secondary school and all my university stint (which is still going). It brings back all the memories you have of that period, those long lasting seasons, full of joy and disappointment as well. Specially 2010.

It’s fantastic how much your passion turns your mood on and off, and every time Mark did well, it was all about Mondays reading all the articles about it on the newspaper, reading it all, from the press conferences to the team’s press releases. Every timetable, your eyes switch right away to your driver: “Mark Webber”. And now that’s gone. One doesn’t expect it to last forever, but it’ll be super weird for a while.

I know he wasn’t the best driver on planet, but it’s something you can’t explain. It ends on high though, and that’s good. Thank you so so much, Mark! You were part of the reason why I woke up early every Sunday for the race.
@Fer-no65

Average ratings by circuit since 2008

Here are the average scores broken down by track since Rate the Race began in 2008.

How do you think the 2013 season compared to the previous five? Are DRS and rapidly degrading tyres producing better racing? Have your say in the comments.

*F1 Fanatic Rate the Race began in 2008. F1 Fanatic readers are invited to give each race a score between one and ten out of ten after it finishes.