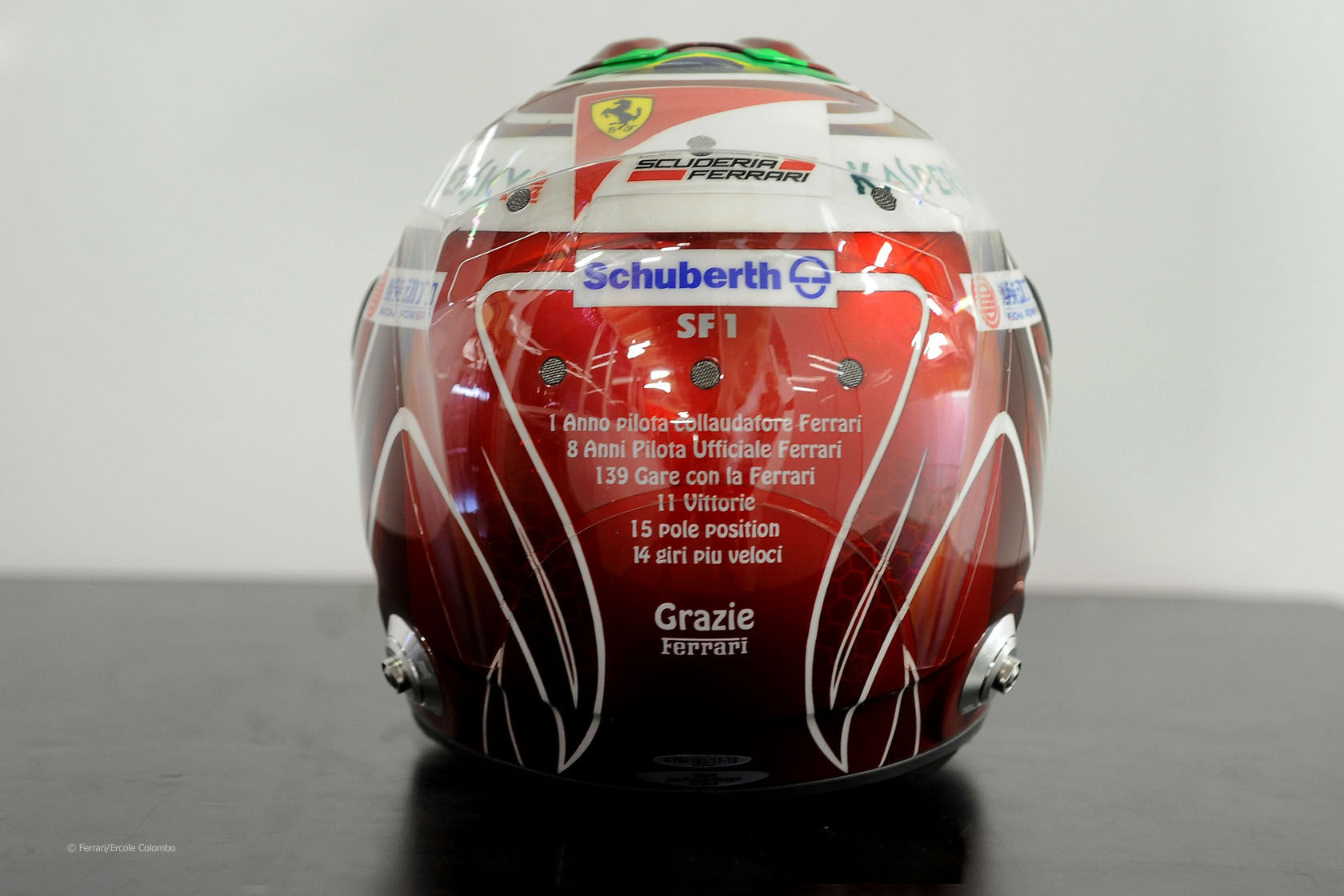 The rear of Felipe Massa’s special helmet for the 2013 Brazilian Grand Prix, his last as a Ferrari driver, describes his achievements with the team. They include one year as a Ferrari test driver and eight years as a race (“official”) driver with 11 victories, 15 pole positions and 14 fastest laps from 139 races.