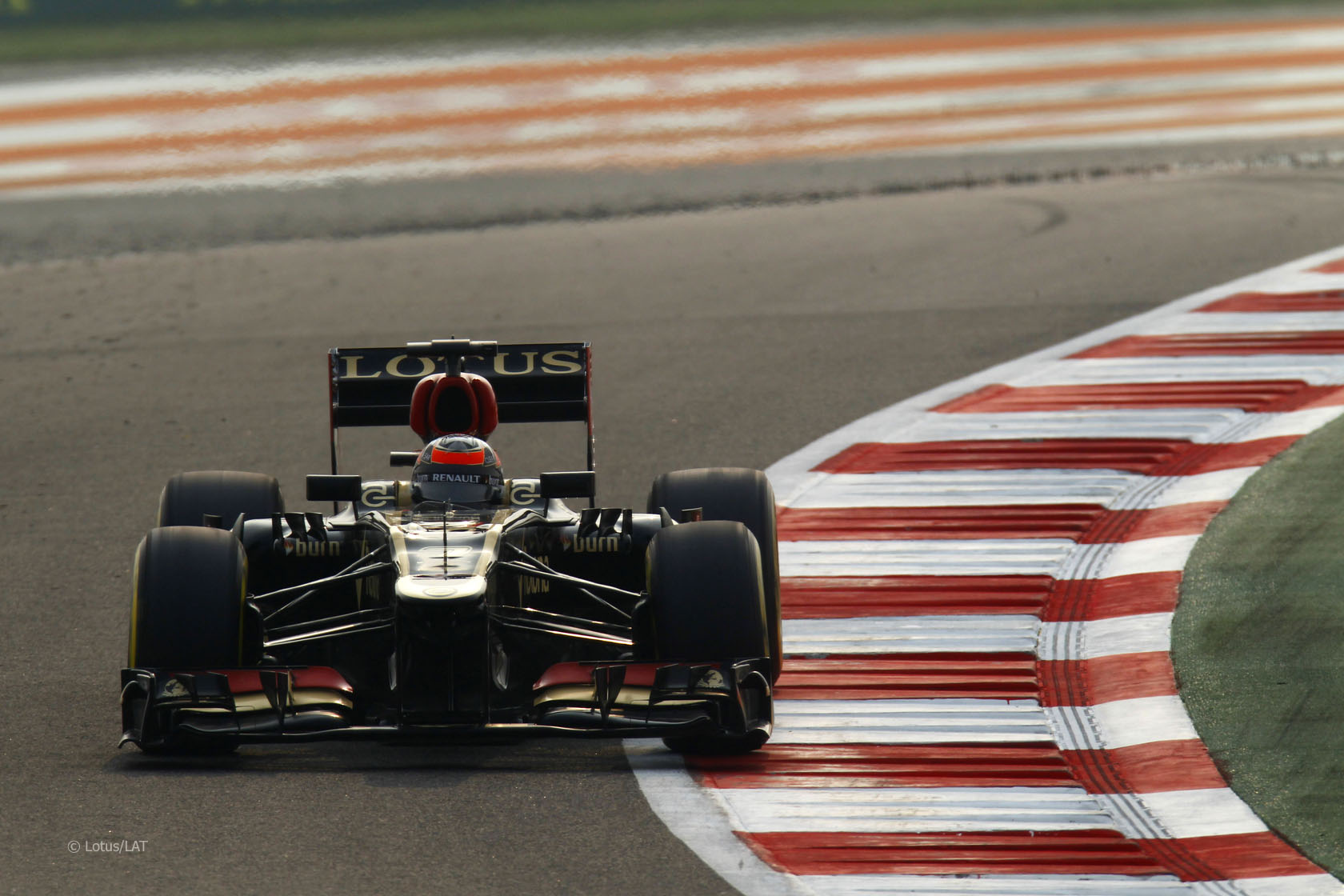 Kimi Raikkonen said his one-stop strategy in the Indian Grand Prix was worth a try even though he fell from second to seventh at the end of the race when his tyres went off.

Raikkonen said he would have had difficult making a two-stop strategy work because his brakes were giving him trouble:

“I had a brake problem for all of the race where they were overheating, and this got worse in traffic so I couldn’t overtake.”

Raikkonen will make his third start at Yas Marina this weekend, following his victory there last year. “I have had one very boring race being stuck in the middle group and then one great race fighting for the victory at the top,” he said. “I know which I prefer.”

He drove in F1’s first race at the track in 2009, which was also his last for Ferrari. “That was a boring one I can tell you,” he said. “I finished back in 12th position and there was nothing I could do about it. Those sorts of races are not the best.”

26 comments on “One-stop strategy was worth a try – Raikkonen”