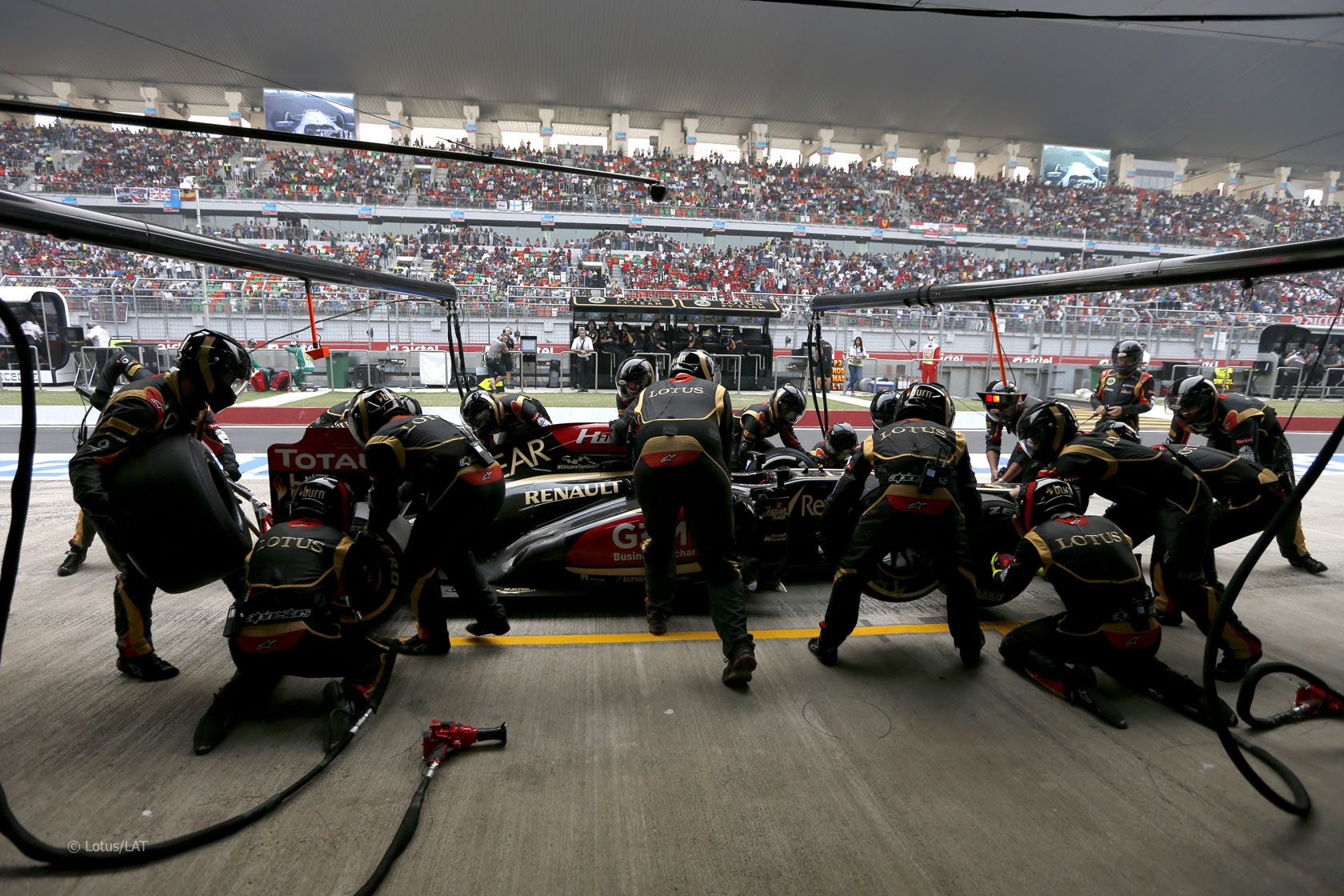 Lotus say a heated radio exchange involving Kimi Raikkonen during yesterday’s race was “not appropriate” and apologised for it.

In the latter part of the race Raikkonen’s pace had slowed due to tyre wear. He fell to third place and was being caught by team mate Grosjean, who in turn was under pressure from Felipe Massa’s Ferrari.

Grosjean caught Raikkonen on the straight leading to turn four. But Raikkonen moved to cover the inside of the corner, then forced his team mate off the track.

A censored radio message from Lotus’s trackside operations director Alan Permane to Raikkonen was played during the race broadcast ordering him to “get out of the ******* way”. Raikkonen swore back at his team and told them not to talk to him while he was cornering.

Lotus team principal Eric Boullier said: “Romain was two seconds per lap faster than Kimi at that time, so it was not even a team order.”

“By asking Kimi to let Romain pass, we just made the obvious choice, as Massa could have stolen our podium.

“With hindsight, this radio message could have been sent in a less emotional way. There was a lot of tension, a lot of potential technical problems, and some of the words that flew around were simply not appropriate.

“I know that quite a few people were surprised and I can only apologise for that on behalf of the team. It won?óÔéĽÔäót happen again.”