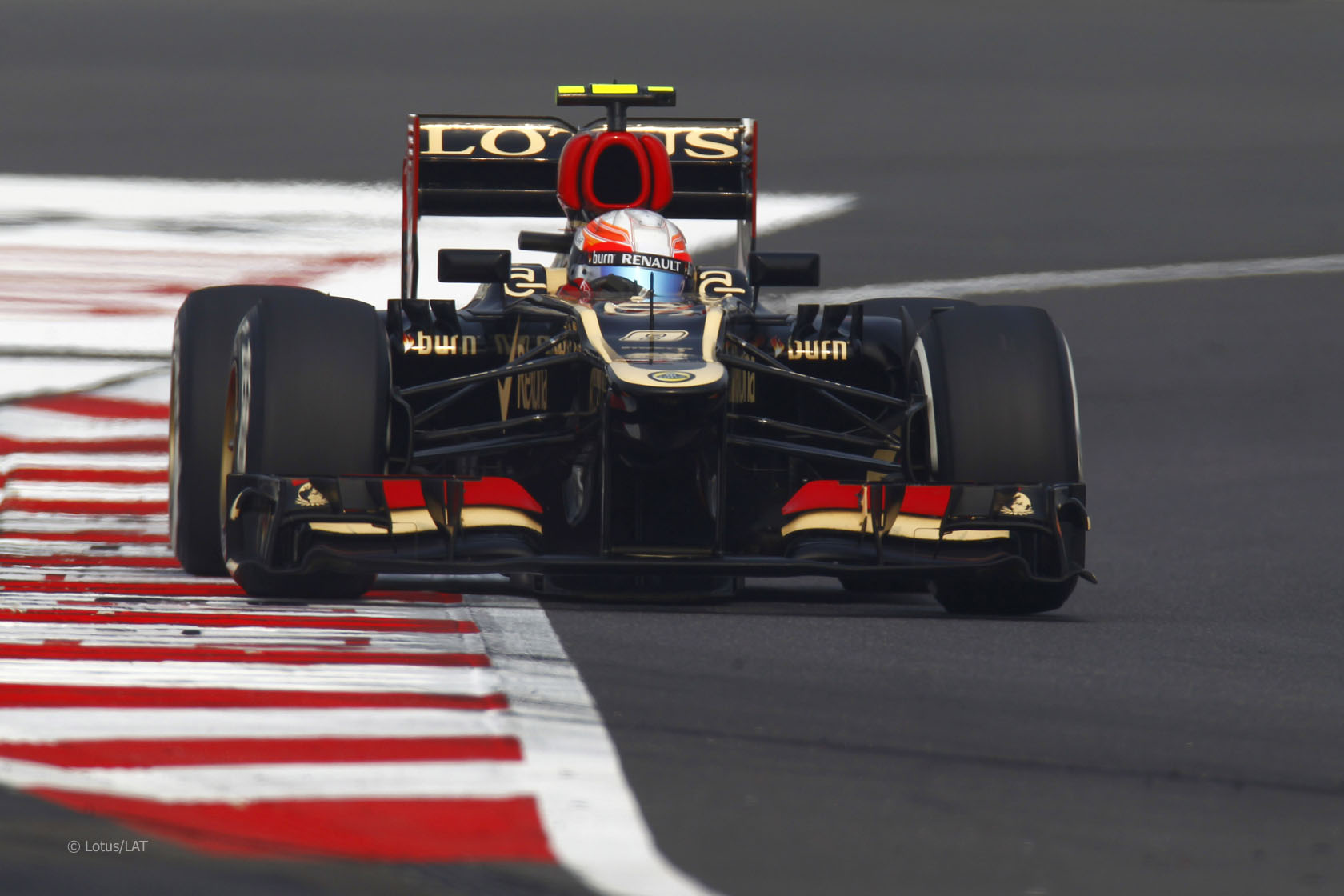 How did Romain Grosjean, who started 17th, end up racing team mate Kimi Raikkonen for the final podium place?

This all came down to which of the two drivers managed to make a one-stop strategy work. Grosjean’s failure to progress beyond Q1 ended up working in his favour as he was able to start the race on new tyres.

Both Lotus drivers started the race on the softer compound. But Raikkonen had used his during qualifying, while Grosjean’s were fresh.

Raikkonen also struggled to keep his brakes from overheating during the first part of the race. He pitted to get rid of his soft tyres on lap seven, leaving him with 53 laps to cover on the medium tyres.

He made little headway to begin with, passing Paul di Resta and Valtteri Bottas before the halfway point. As the lap charts show Lotus done as Red Bull did and given Raikkonen two stints on the medium tyres it would have guaranteed a loss of position to Felipe Massa and the Mercedes drivers.

Leaving him out at least gave him a chance of staying ahead of them, but in the final ten laps his tyres went off so quickly he was practically defenceless. The only driver he succeeded in holding up for any length of time – to Lotus’s understandable frustration – was his team mate.

Grosjean had been able to run almost twice as long on his new soft tyres at the start of the race as Raikkonen had on his used rubber. But Grosjean was also able to make the medium tyres last longer.

Looking at their lap times we can see that although Grosjean’s medium tyres were six laps newer than Raikkonen, his lap times only began to rise around nine laps later than Raikkonen’s had. And that may have been due to his team’s warnings about his engine temperature.

Grosjean’s advantage of starting on the newer tyres plus his slightly better management of the medium tyres made the difference. But Pirelli didn’t want any of the teams running stints as long as Lotus had.

Before the race Pirelli told teams not to run the soft tyre for more than 15 laps or the medium for more than 35. As the table below shows both Lotus drivers did, as did Adrian Sutil’s Force India.

The tyre strategies for each driver: