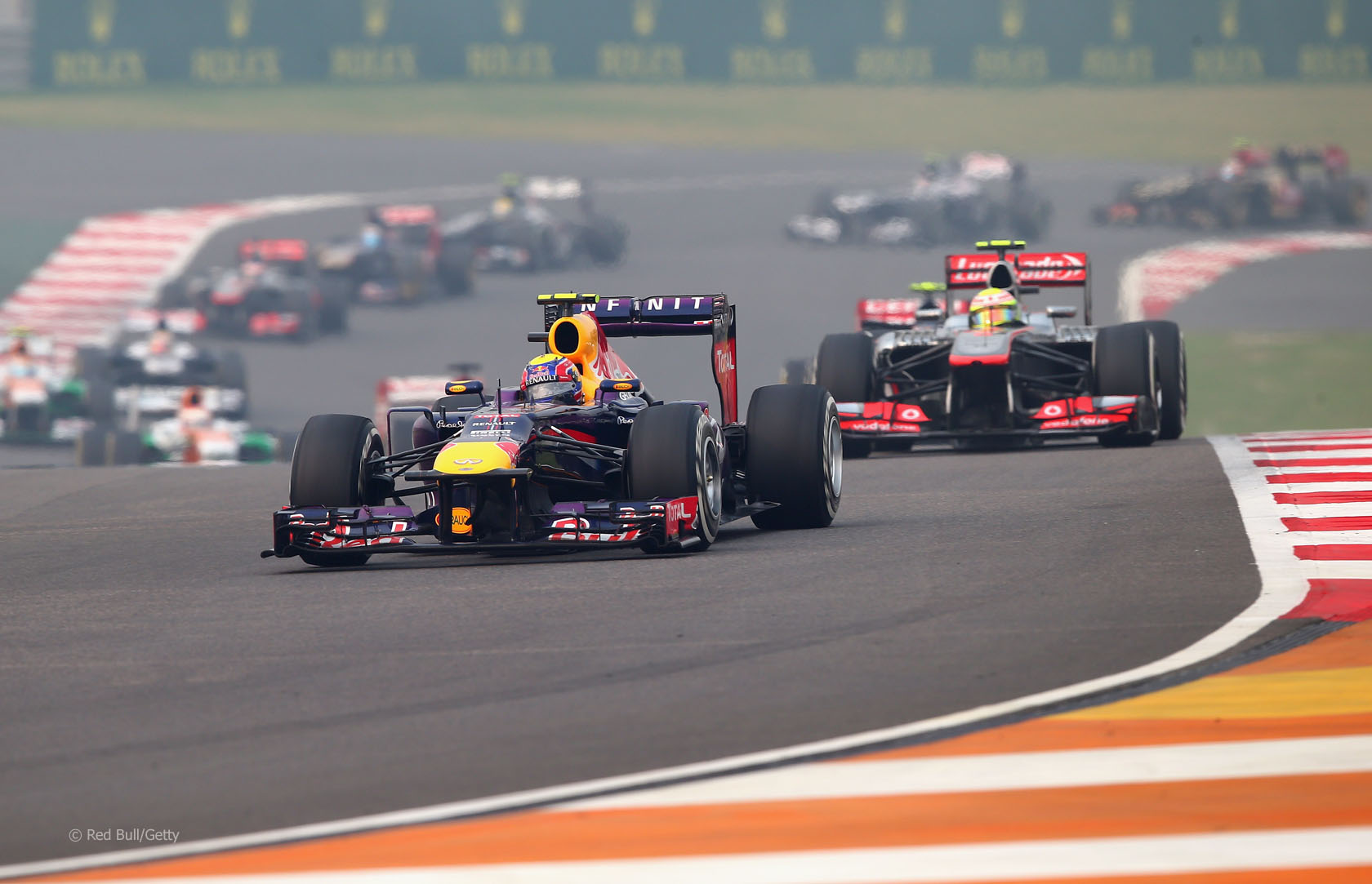 The unusual nature of the tyres in India meant Sebastian Vettel sacrificed his lead just two laps into the race to get rid of the soft tyres he started on.

Having fallen to 17th, Vettel had to pass many cars to regain the lead, but most of them put up little resistance as doing so would risk incurring unnecessary wear on their tyres and compromising their own strategies.

Vettel was back in second lap by lap 21, trailling team mate Webber who had started on the medium tyres. Could Webber’s alternative strategy have helped him win?

Webber made another of his less than ideal start, losing three places, but even so was leading in clear air by lap nine. His race eventually ended in retirement due to an alternator problem, so could he have beaten Vettel to victory.

It seems very unlikely – as in Japan, Vettel was simply quicker than Webber, and that would have made the difference whichever strategy they had run.

This is borne out by the gaps between them from lap 33. At this point both were on new medium tyres, Webber’s were one lap fresher, yet he continued to slowly drop back from Vettel.

It’s possible the alternator problem which caused his retirement had already begun to affect his car, but as he’d been slower than Vettel by a similar amount earlier in the race and during practice, it’s hard to imagine Webber was on course to win. However it did prevent Red Bull from celebrating their fourth constructors’ championship with a one-two finish.

The positions of each driver on every lap. Use the control below to show/hide different drivers:

The gaps between each driver on every lap. Use the control below to show/hide different drivers: