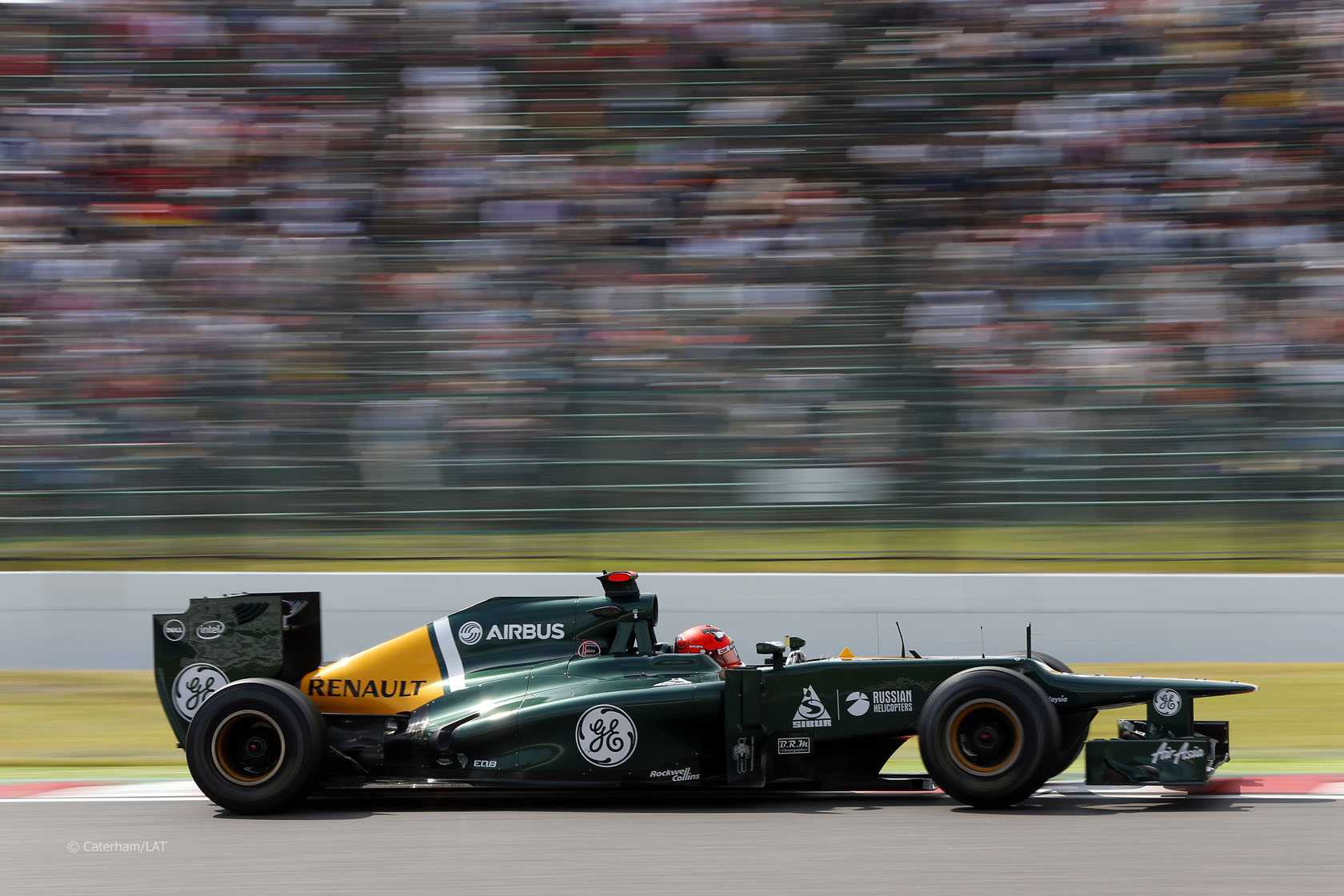 “It is absolute madness. If you look at the budget a team like us run off, which is ?ķ?·50m (?¾įŪ▄?╝60m) and is still a huge amount of money, and then you have teams spending six times that – if you had 20 Caterhams on the grid painted different colours, would you actually notice a difference? I don’t think you would. And in this era, I think a budget cap is the only way for this sport to survive.”

F1 bribery trial ‘will be amusing’ – Ecclestone (The Telegraph)

“I’m prepared to give evidence in court and there will be a few others [who do so] as well. I wish they would bring it forward. It’s going to be amusing.”

“We are changing the structure of the tyres, changing all the four compounds and being more aggressive, and that will possibly create some challenges initially.”

A peek at the ancestry of Ferrari?¾įķ╝įõ¾s new Head of Communications (TheJudge13)

“He was Deputy Commercial manager for the Renault F1 team before moving to Ferrari where his rather broad title of ‘Business Development Manager’ tells us not a lot.”

The engines fire up at Campiglio (Ferrari)

Renato Bisignani will take over from Luca Colajanni as head of motorsport communications at Ferrari from 1st February. #F1

Sad to see Colajanni go. He's a nice guy, quality PR man with real style. Ferrari man to his core who could (and did) argue black was white.

If you want a larger audience, allow the cars to be more enjoyable to watch on TV.

If you want a birthday shout-out tell us when yours is by emailling me, using Twitter or adding to the list here.

Reigning championship Niki Lauda was second on his debut for Braham followed by Patrick Depailler’s Tyrrell.