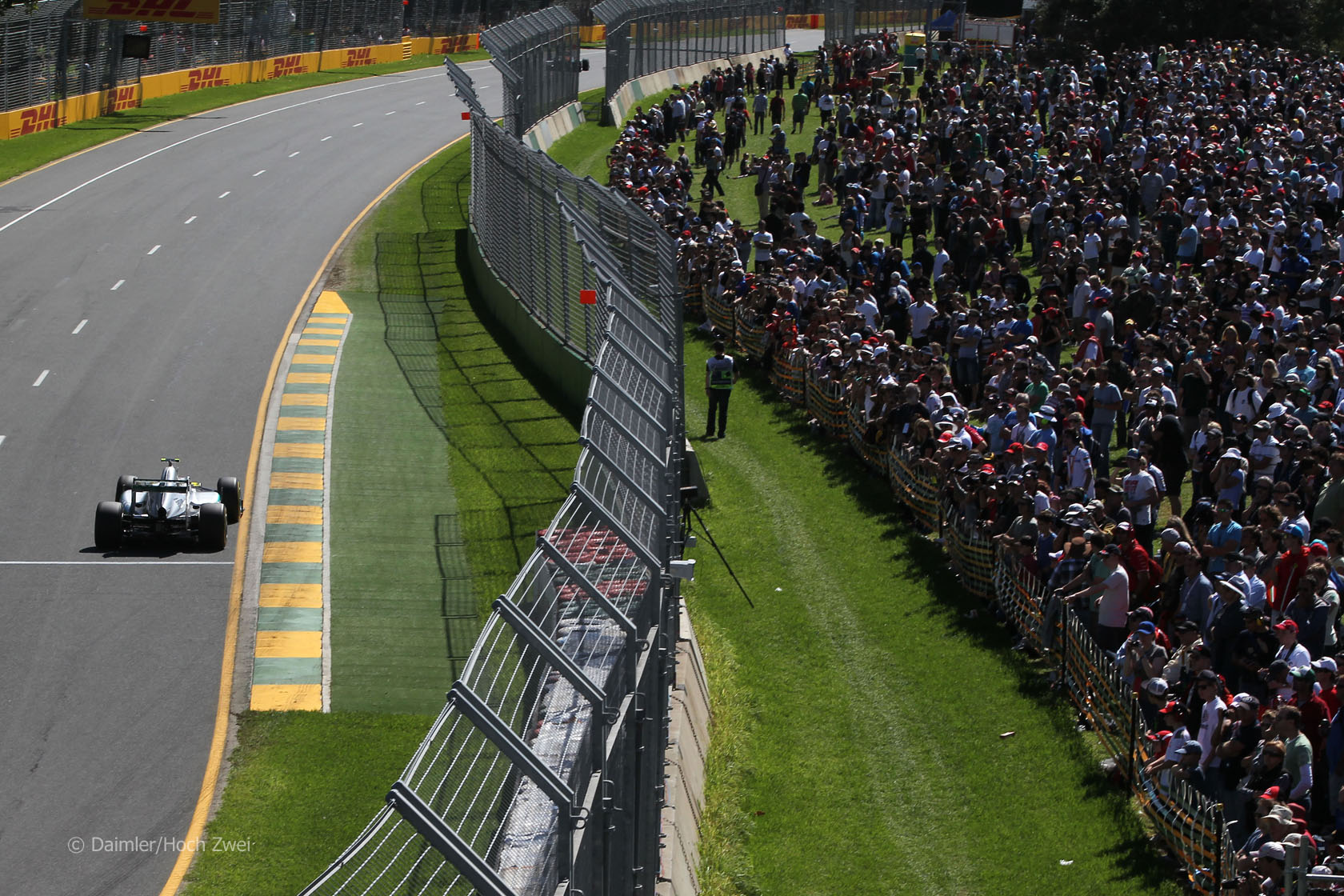 Planning a trip to an F1 race this year has been made more complicated by the fact the 2013 F1 calendar has not been officially announced yet.

It is expected to be finished soon with a reduced schedule of 19 races.

Tickets for the confirmed races are already on schedule and many tracks are offering discounts if you book well in advance. But you’ll have to act quickly to get the best deals. Here’s a run-down of what’s on offer.

The ‘early bird’ deals on the Australian Grand Prix are available until two weeks before the race starts. The deadline for getting the best prices is March 1st.

It’s always a popular race among F1 Fanatics and several readers arranged to meet at last year’s race as they did the year before. Discounted tickets for the Malaysian Grand Prix are available until March 17th: one week before the race. Cuts of up to 25% are available on what are usually among the cheapest tickets prices of the year.

However you will require a Maybankard to take advantage of the price reduction.

Attendance for the Grand Prix in strife-torn Bahrain was miserable last year. Not much has changed in the intervening nine months and the prospect of a 15% cut in ticket prices is unlikely to change that – there’s little sign of any F1 Fanatic readers planning to go to the race.

The Circuit de Catalunya has seen falling attendance in recent seasons. But that may change this year as the dropping of Valencia from the calendar means this is the only Spanish round of the world championship in 2013.

Casting an eye over the forum it looks like there’s quite a bit of interest from fans considering a trip to the first Grand Prix to take place in Europe this year.

There’s a 10% discount on ticket prices in effect at the moment but you’ll have to book before the end of February to take advantage of it.

Heavy rain and flooded car parks caused havoc during last year’s British Grand Prix weekend. However that doesn’t seem to have deterred many readers from planning trips to this year’s race and the ‘early bird’ offers are disappearing.

Offers are still available on many ticket types but not in all areas and not on general admission tickets for Sunday. Expect to save around 15% but you’ll have to move quickly.

As with many other circuits the Hungaroring is offering discounts until the end of February. However the savings available are a rather meagre 5%. Discounts are only available on some tickets for the Belgian Grand Prix.

However you can still get a three-day general admission ticket for less than ?é?ú100 at the current exchange rate. By today’s standards that’s a bargain price to watch F1 cars in action at a classic racing circuit like Spa-Francorchamps.

This is a particularly popular race with F1 Fanatic readers and there’s lots of useful information in the forum for those planning a visit.

Monza operates a slightly more complicated sliding-scale system of discounts. The cheapest prices are available until the end of this month, after which they go up and then rise again at the beginning of June.

If you act now you can save 10% on available tickets (see this PDF for a breakdown of prices). Regardless of whether you’re a Ferrari supporter, Monza is a venue every F1 fan should visit.

Ticket sales haven’t started for every round of the world championship yet so if you’re planning to go to Singapore or a later round of the championship, keep an eye on their websites for details of any discounts. No discounts appear to be available at present for the Chinese, Monaco and Canadian rounds.

Are you going to an F1 race this year? Have you bought your tickets already?

Tell us in the comments and be sure to visit the Going to a Grand Prix section for information and advice.