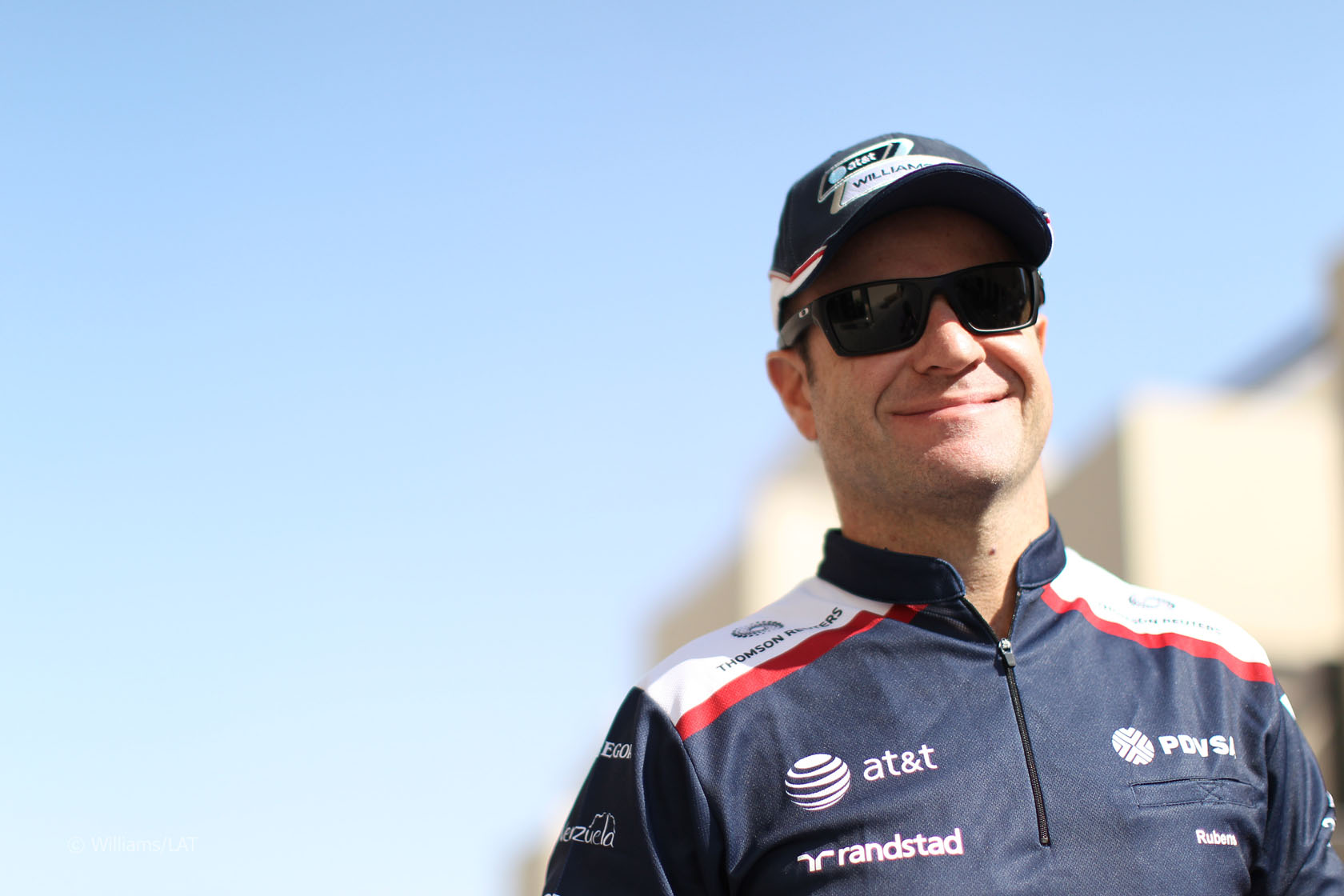 Rubens Barrichello will race in the IndyCar championship this year, he announced in a press conference in Sao Paulo today.

The former Williams driver has joined KV Racing who he has tested for in recent weeks. His team mates in the three-car outfit will be Tony Kanaan and EJ Viso.

Barrichello said: “I am thrilled, it is something very new to me. I need to thank everyone involved, especially Tony because he has been involved for a long time.

“I would also like to thank my sponsors, BMC, Embrase and Locaweb for their help. This is a new experience, but I am very very happy. With all my experience I will start as a rookie, but I think I will get better as the year progresses.

“My main thing is to be an addition to KV Racing Technology. They have been doing very well and Tony brought the team to a different level last year, so I hope with my contribution we can build on this and take the team to another level. I am extremely happy and have a big smile on my face.”

He will join fellow former F1 drivers Takuma Sato, Sebastien Bourdais and Justin Wilson in the championship this year.

Barrichello will contest all 16 rounds on the 2012 IndyCar calendar which includes seven races on street tracks, five on ovals and four at road courses.

Barrichello revealed his children had persuaded his wife to let him contest the oval races, after he’d previously said he wouldn’t race on ovals.

KV Racing Technology co-owner Kevin Kalkhoven said: “I was at Sebring when Rubens first got into an IndyCar. The smile when he got out of the car was a great moment and lasted for three days.

“Rubens ended up the fastest at the end of the test, showing the speed he is capable of and his experience setting up a car. Teamed with his ?óÔéĽ?ôbrother?óÔéĽ?Ř Tony Kanaan this is going to be an exciting and successful season for the drivers, the team and the fans.”

Barrichello, who holds the record for most F1 starts with 322, will make his IndyCar debut as a rookie on March 25th in the season-opening race on the St Petersburg street circuit in Florida. The fourth race of the season will be his home event at another street track in Sao Paulo, Brazil.

His first oval race will be the Indianapolis 500 on May 27th. Former F1 driver Jean Alesi has said he will compete in this year’s race as a one-off.

Barrichello will race the Dallara DW12 IndyCar which is being introduced this year.

The new design features rear wheel surrounds designed to limit the chance of cars getting airborne when contact is made, as happened in the crash which claimed Dan Wheldon’s life last October.

Here’s video of Barrichello testing for KV Racing, who will use Chevrolet engines this year:

See the full list of 2012 IndyCar teams and drivers.