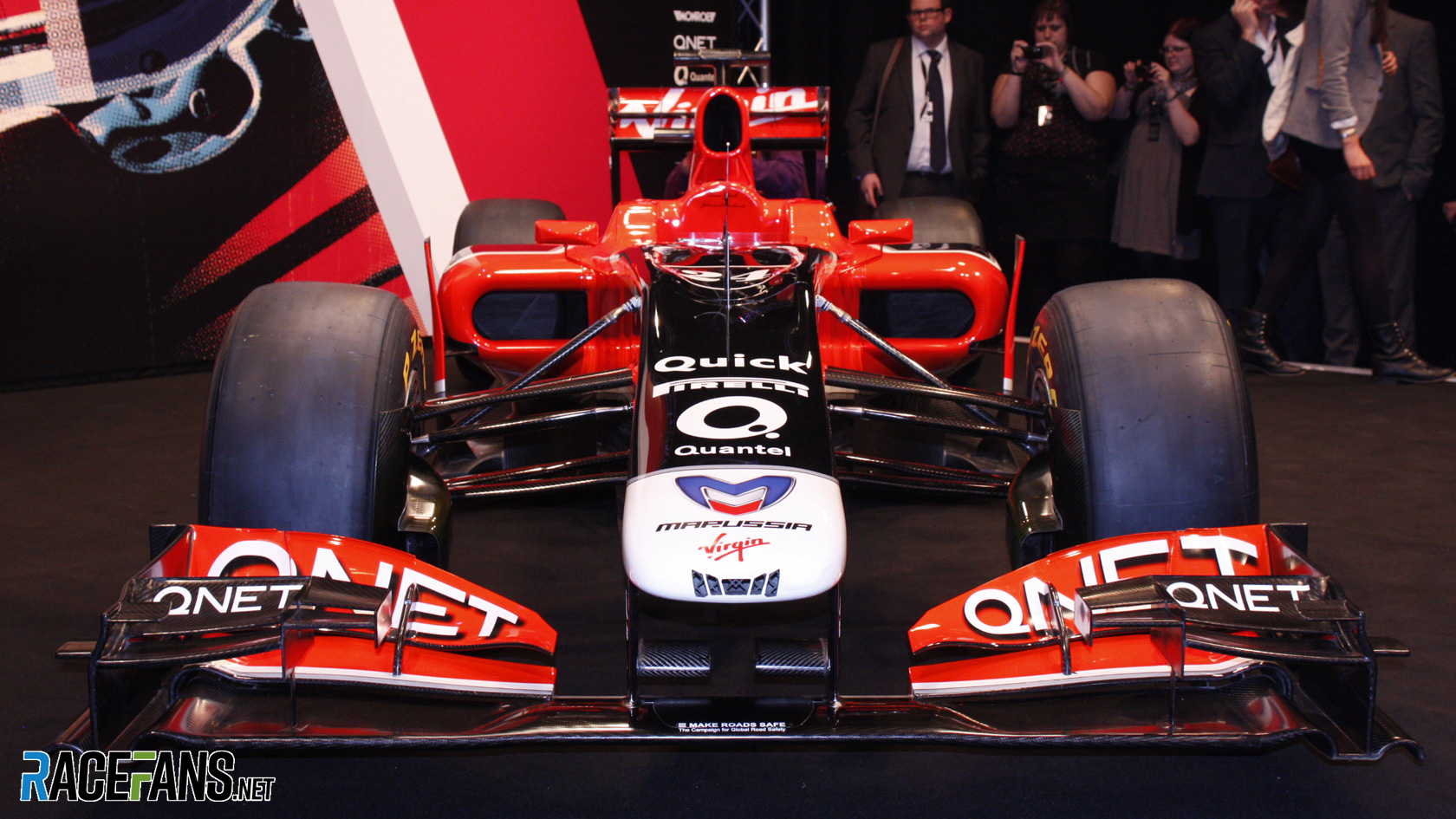 Virgin have launched their 2011 F1 car, the MVR-02, at BBC Television Centre in London.

Following the arrival of Russian sports car company Maurssia as an investor the team are now registered under a Russian licence. The air intake on the front of the MVR-02 is designed to resemble the one on Marussia’s B2 road car.

The car will run for the first time in the Jerez test later this week. Some of the car’s internals, including its hydraulics, were already run on the VR-01 at Valencia last week.

Designer Nick Wirth confirmed the MVR-02 has not been designed to use KERS, citing the expense of developing the technology as a reason for its absence.